You know, I've been doing this blog for nearly 15 years. Before I started using blogger, I did two other little websites where I posted photos. There's bound to be some repetition when a enterprise like this one goes on for so long. Of course, I remember very well a lot of the posts I've done over the years, but most readers of a blog like this one don't have total recall. I posted a recipe for a spinach and mushroom omelet, with photos, about 10 weeks ago. 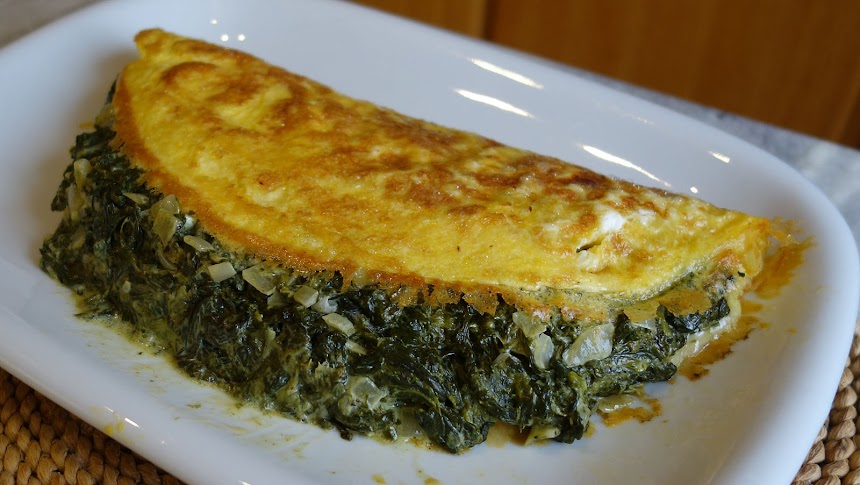 So here's a post about making une omelette. It's one of my favorites, an omelet with spinach and cheese. For this one, I cooked the spinach with some chopped onion and just a little bit of cream and then folded into the omelet. Here's another post I did about a French take on making a truly delicious omelet about 10 years ago. 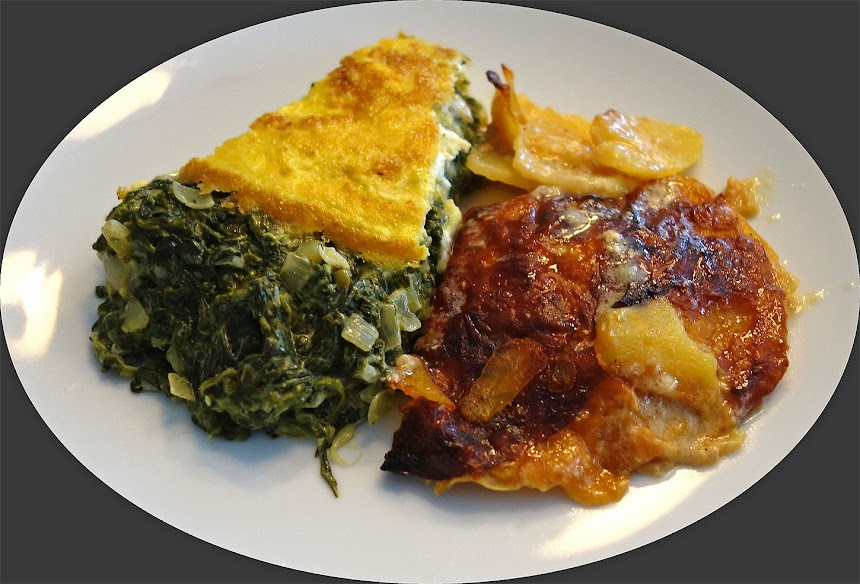 Eggs and spinach are a match made in... well, some famous chef's famous kitchen. Or just in a home kitchen, to please friends and family. One of my favorite egg and spinach concoctions is creamed spinach served with warm boiled or poached eggs (œufs pochés) — hard-boiled (œufs durs) or soft-boiled (œufs mollets) eggs. Another is Jacques Pépin's mother's simple soufflé made with sauce béchamel, cheese, and spinach, which I posted about in December 2011. We ate yesterday's omelet with some left-over gratin dauphinois — scalloped potatoes with milk and cheese. 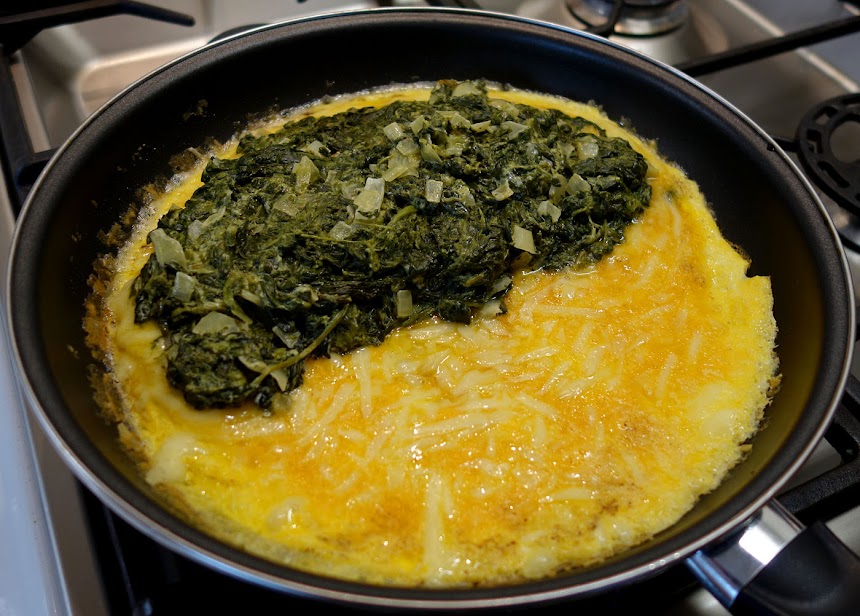 Yesterday's spinach omelet featured a good amount> of spinach and not too much egg (even though I used six smallish eggs). After the spinach was cooked, with a diced onion, I added a little bit of cream. Then, separately, I beat the eggs and poured them into a hot frying pan coated with melted butter. When they started to cook on the bottom but where still runny on top, I sprinkled on some grated "Swiss" cheese (Abondance in this case) and put the cooked spinach on the half of the omelet farthest from handle of the pan. I was using a non-stick pan so it was easy to slide the omelet out onto a platter, folding the half closest to the handle of the pan over the top of the spinach filling as it slid onto the platter.
Posted by Ken Broadhurst at 06:45