This is a plum tree, un prunier, that I planted a decade ago here in Saint-Aignan. You can see what it (or they, because there are two of them planted together) looked like in their clay pots back in 2010. Here's what it looked like yesterday. I grew the two tress from plum pits, and just planted the of them as if they were one. 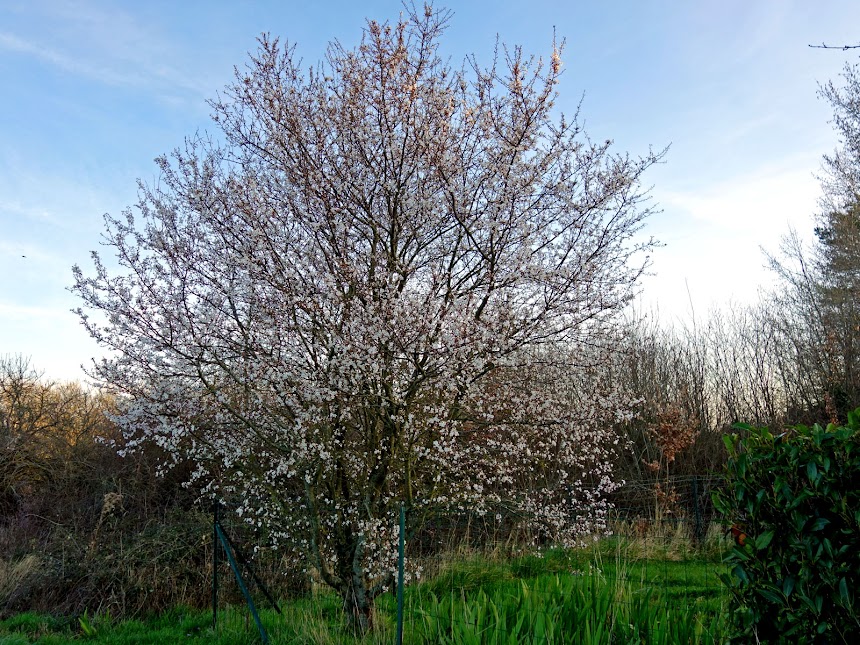 So many fruit trees are flowering right now. It's too early, but you can't stop them. The danger is that we have heavy frost or a freeze before springtime really arrives and we won't get any fruit. That happened last year, if I remember correctly. The few prunes that survived were half-eaten by birds as soon as they were ripe. 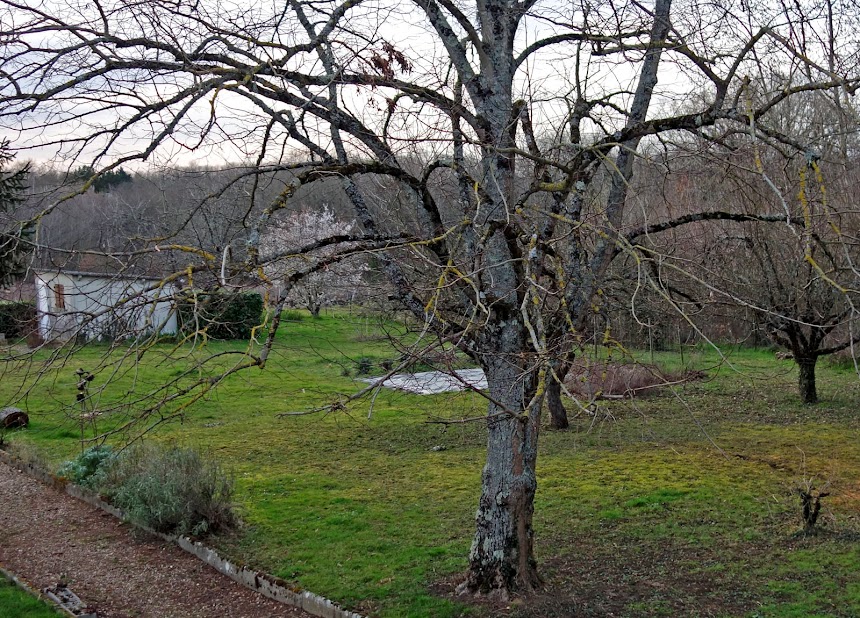 It doesn't matter, because the plum tree is an ornamental first of all. It blooms early, usually in March, and adds some color to the landscape. Above you can see it the way we see it right now from a back window of the house. Below too. 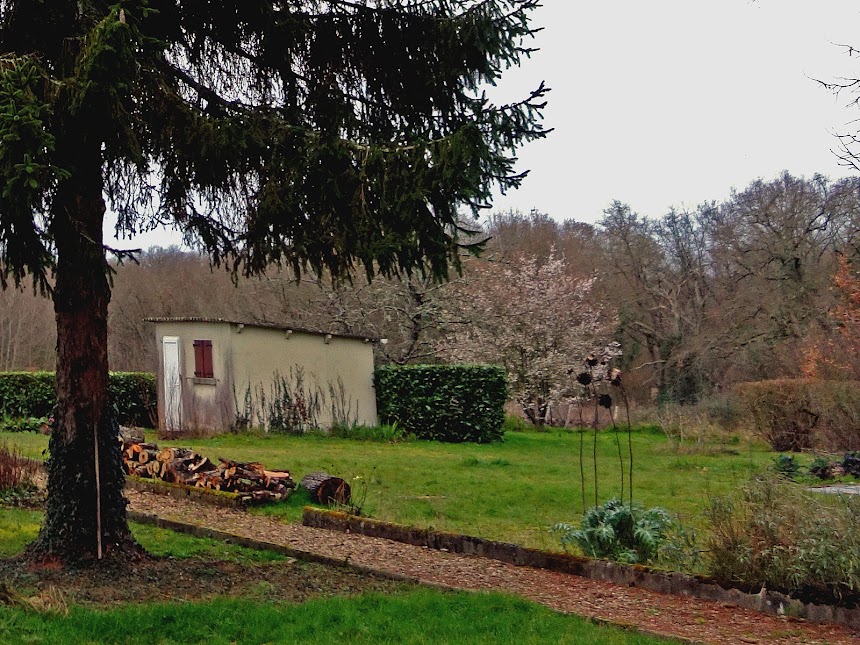 Finally, below is a close-up of some of the blossoms, which have a plummy color. Last year I made plum jelly, and I always make too much. We still have a lot of it on hand. Neither one of us eats big breakfasts, or enough peanut butter and jelly sandwiches, to use up all that much plum jelly. 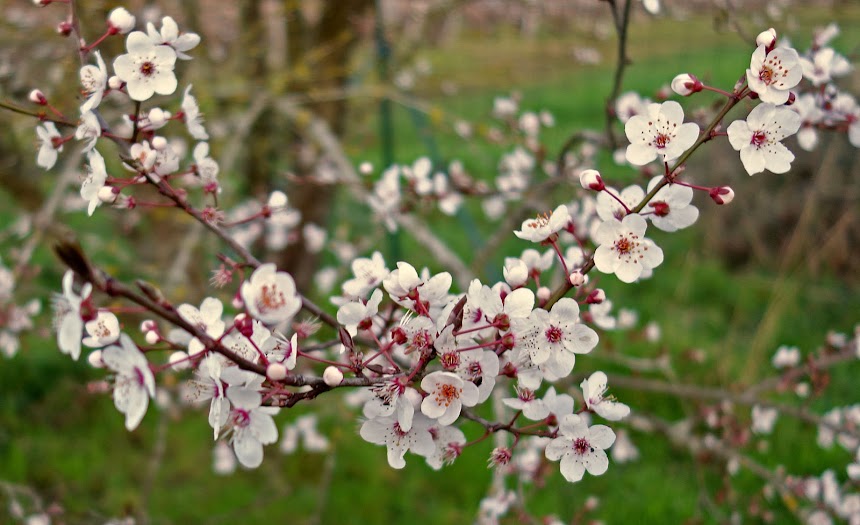 Yesterday morning, the rain that was predicted didn't materialize, so I went looking for our local giant sequoia tree. I didn't really find it. I took a lot of pictures though, and I haven't yet had a chance to process them. You'd think a giant sequoia would just jump out you if it was in a photo, but I haven't really identified it yet.
Posted by Ken Broadhurst at 06:15