The Sequoia, the Hamlet, and the Vineyard

I've been sitting here for the last 90 minutes looking at Google Maps and Google Earth. On the site with a list of the thousands of giant sequoia trees in France, one is listed as being in Saint-Aignan and another in our village, which borders on Saint-Aignan. I think that the same tree has been listed twice — there's just one, and I can see it on Google Maps street view. It seems to be mostly hidden by trees all around it, but it is taller than those other trees. I'll try to go take a photo on the next clear day we have. 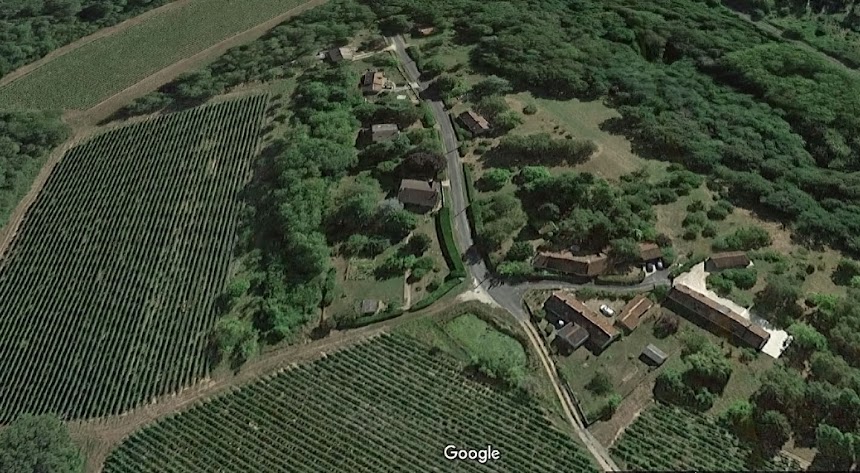 
Meanwhile, while looking at Maps and Earth, I captured these images of our hamlet and the vineyard that we live in. There are nine houses in the hamlet — you can count them. You can clearly see our back yard, our hedge along the road, and our vegetable garden in, basically, the center of the image. The paved road ends at the western edge of our hamlet and the gravel road continues out through the vines. 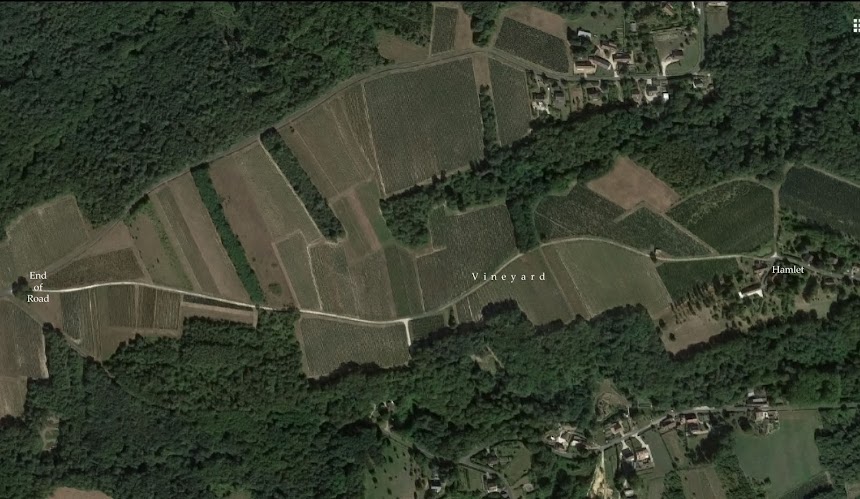 And here's a map that shows the vineyard, with our hamlet on the right side of the image and on the left side the end of the gravel road that runs through the vines. The distance from the hamlet to the end of the road is just over a kilometer — about four thousand feet. There are two other hamlets in the image, one to the north and one to the south, both on paved roads that meet the end of the gravel vineyard road. Enlarge the maps by clicking or tapping on them for a more detailed view.
Posted by Ken Broadhurst at 06:25