The waterfront in Morehead City, that is. Morehead is a popular sports fishing port. The waterfront, with its docks, moorings, and boats, runs for just one-third of a mile (530 meters) along the water, south of the Morehead's old downtown neighborhood. 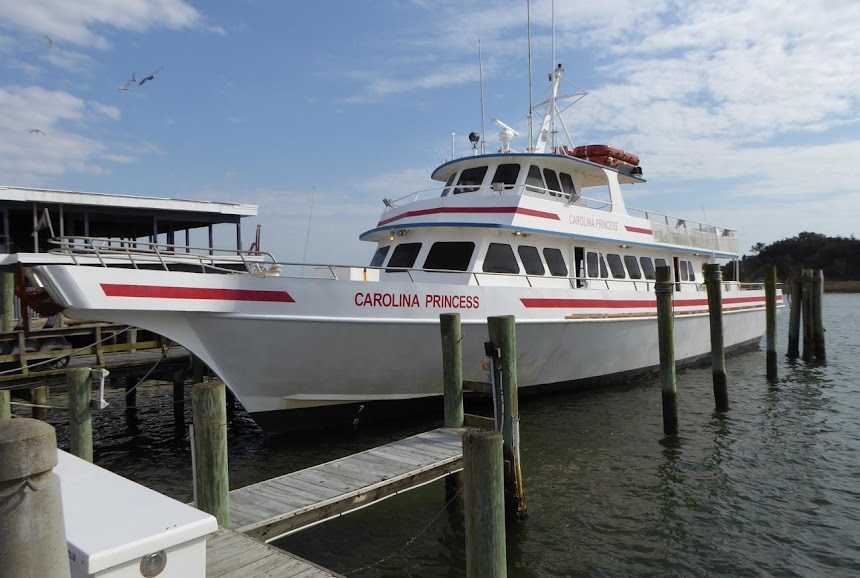 One fishing boat, called a head boat, is the Carolina Princess. It's been working the waterfront and the nearby ocean waters for decades. 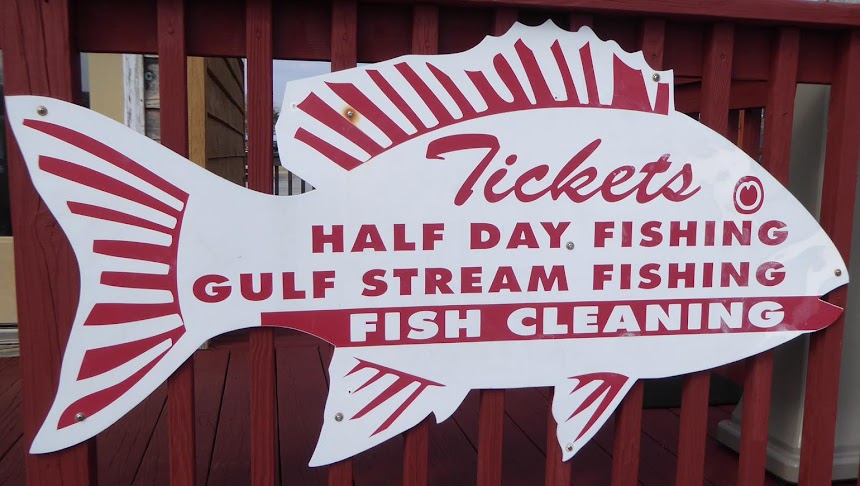 The Carolina Princess goes out as far as the Gulf Stream, which runs northward about 30 miles offshore. It's the warm ocean current that bathes the coasts of France, Ireland, and Great Britain, giving those far-north countries their relatively mild climates. 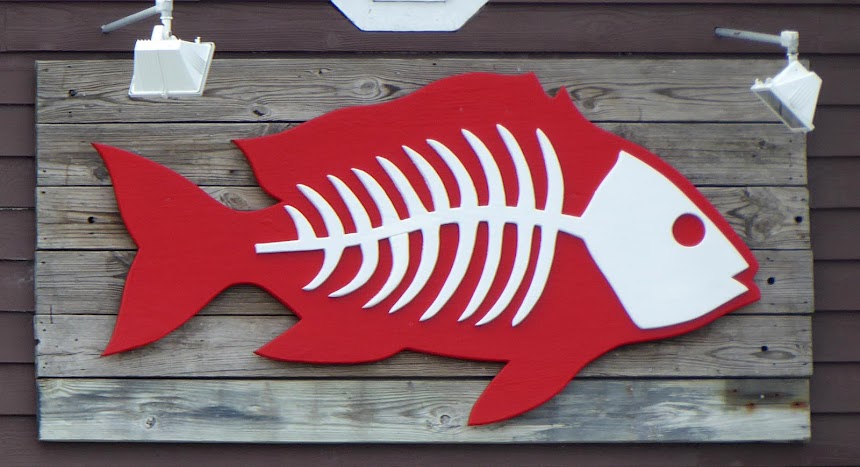 The fish above is the logo of a restaurant called the Red Fish Grill, on the Morehead City waterfront. There are many seafood restaurants in the area, and the waterfront is the site of the annual North Carolina Seafood Festival, held in early October. 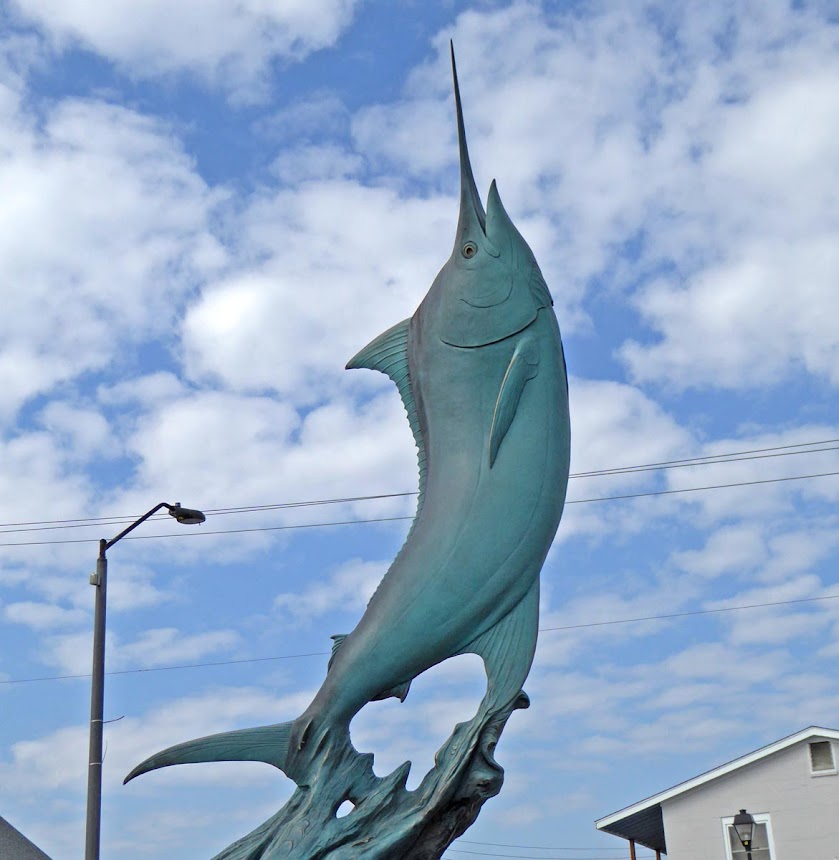 One of Morehead City's biggest fishing events is the Big Rock Blue Marlin tournament. The biggest marlin brought in during the 2015 edition of the tournament weighed 680 lbs. That's 308 kilograms and nothing to sneeze at. The tournament record was established in the year 2000, when an 831 lb. marlin was brought in. 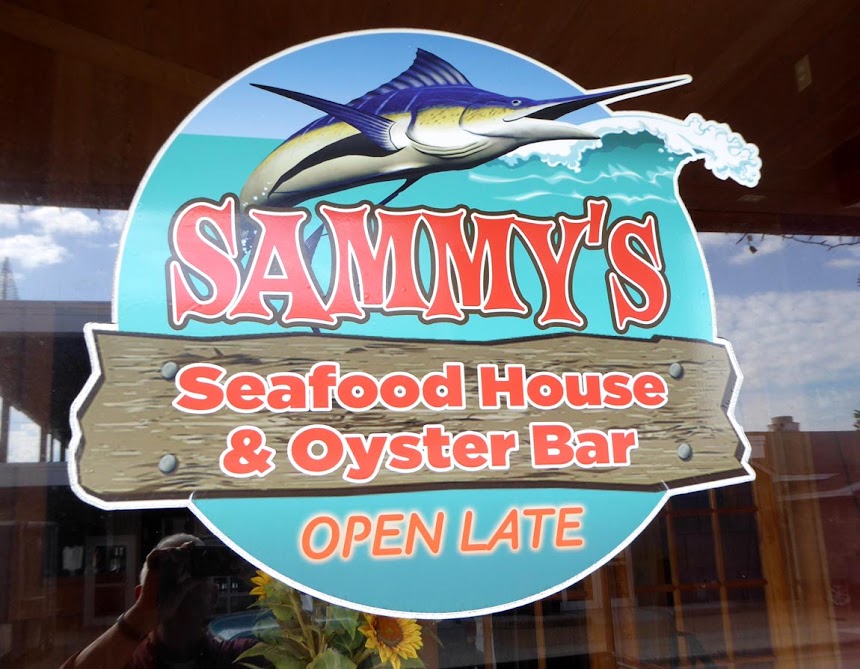 I had lunch one day last week at Sammy's Seafood House and Oyster Bar on the waterfront. I didn't eat a blue marlin. I had oysters, actually, which weighed considerably less. By the way, when this post appears on the blog, my plane will be getting ready to land in Paris.
Posted by Ken Broadhurst at 07:00