It's funny how transatlantic flights are so different each time you take one. The plane that I flew on from Atlanta to Paris, arriving yesterday morning, was much more comfortable than the one I was on for the trip over to Atlanta two weeks earlier. Both planes were Air France 777s (Boeing models).


Mainly, the seat was much less like an instrument of torture this time. After I arrived in North Carolina on February 16, my back was aching and grabby for the whole time I was there. And my left hip joint was stiff and painful too. I had to be really careful how I moved, especially when I went to sit down or stand back up. I groaned and moaned the whole time I was there. It was the airline seat that did me in. 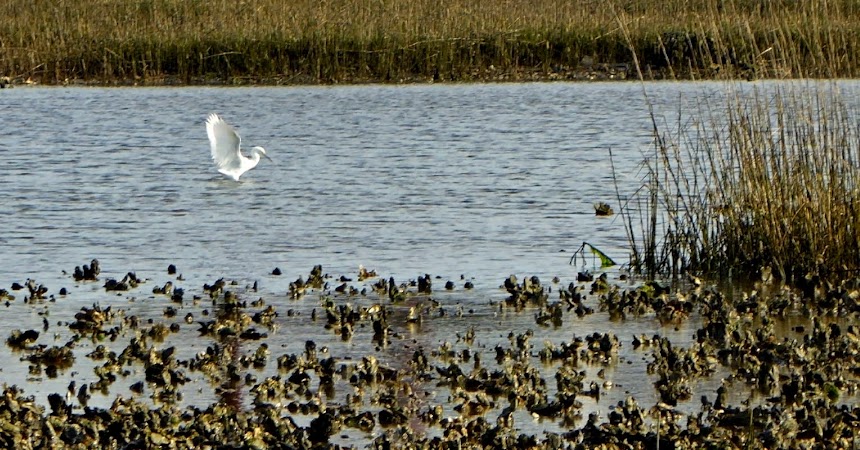 A shore bird and some oysters in Calico Creek in Morehead City, N.C.


The seat on yesterday's plane was a very different story. It was comfortable if not luxurious-feeling. Yesterday's 777 was obviously an older model, or at least the interior was older. The seatback screens that I watched a couple of movies on was a lot smaller than, and not as sharp as, the screen on the other 777. There was more leg room too.


The food yesterday was worse. That's often the case on the U.S.-to-France flights, because the food served on those is made (i.e. "manufactured") in the U.S. On the France-to-U.S. flights, the food trays are prepared in France, and you can tell the difference. On yesterday's flight, they served a wedge of cheese that was a "cheese spread Brie-flavored" product. In other words, it was some chemical concoction that they slapped the name Brie on. The main course, pasty pasta in a gloppy sauce, was awful. 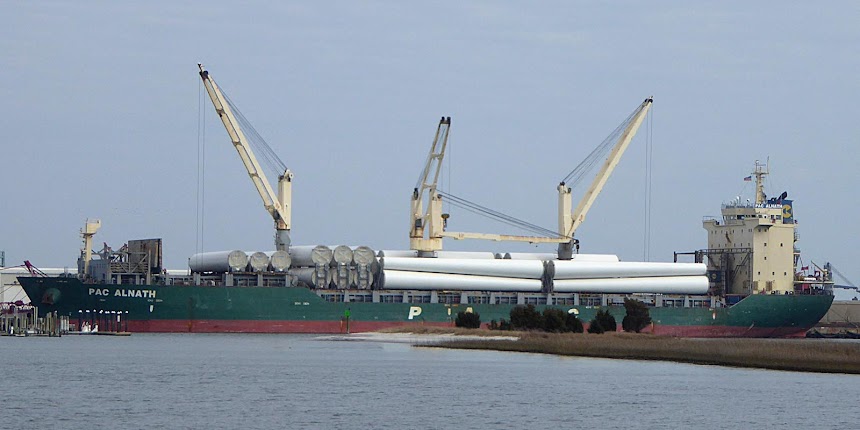 An ocean-going ship in the port at Morehead City, one of N.C.'s two deep-water seaports


I suppose one of the factors that made the return flight so much more pleasant than the flight over was the amount of time I spent on the plane. Just before we took off, the pilot announced that the flight time from Atlanta to Paris would be 7½ hours. The flight time on the trip over to Atlanta had been 9½ hours. Strong west-to-east winds over eastern North America and the north Atlantic Ocean meant we had to fight a significant head wind in one direction but we benefited from a nice tail wind on the way back.


At CDG airport north of Paris, I had to walk for what seemed to be a couple of miles through the airport to get from the arrival gate to baggage claim. I needed the exercise, I'm sure. The passport control lines were short and I zipped through. Maybe I walked faster than my fellow passengers, and I knew the way.

In the U.S. I was not able to check in for my flight on line because I didn't have a return ticket from France back to the U.S. Of course I didn't — I live here in France. The computer didn't understand that. Even at the airport in N.C., the airline clerk wanted to know if I had a return ticket or a date set for my return. That's because you're not allowed, as a tourist, to spend more than three months in France unless you have applied for and can show that you have a long-stay visa. Tourists need to have a return ticket. 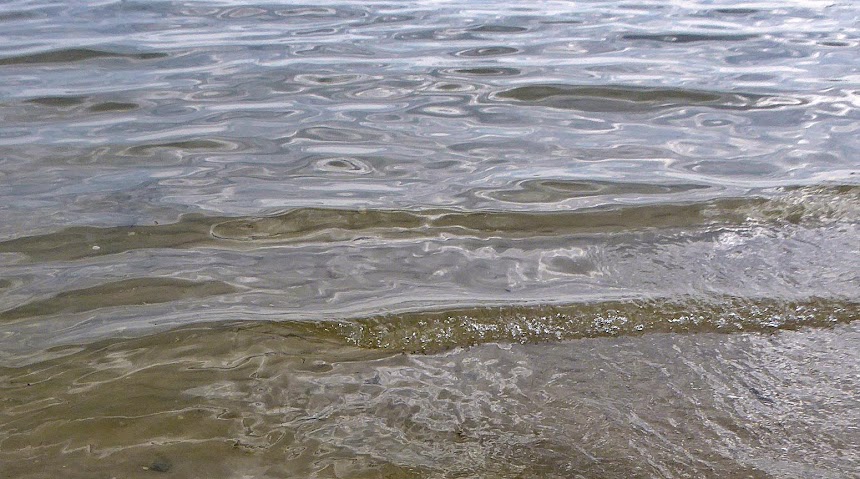 
I explained to the clerk that I live in France and that I was returning home. Finally, I dug around in my computer bag and found my French carte de résident, which is good until 2019. That satisfied the guy, and he urged me, trying to be helpful, to be sure to show that card to the border policeman in Paris who would be examining my passport on arrival. I've never done that before, and didn't do it this time either. The French border guard always just glances at my passport to check the photo against my face and looks at the passport's expiration date. Then he stamps my entry date onto a passport page chosen at random, and I'm in.


Anyway, here I am at home. I know I'm here because there's a leaden gray sky and it's spitting rain. It's almost cold outside. The man on TV is speaking French. It's time to go walk with Callie. I feel good, having slept from 9:30 p.m. until 7:30 a.m. Time to get busy.
Posted by Ken Broadhurst at 08:20