Of tombstones and shipwrecks 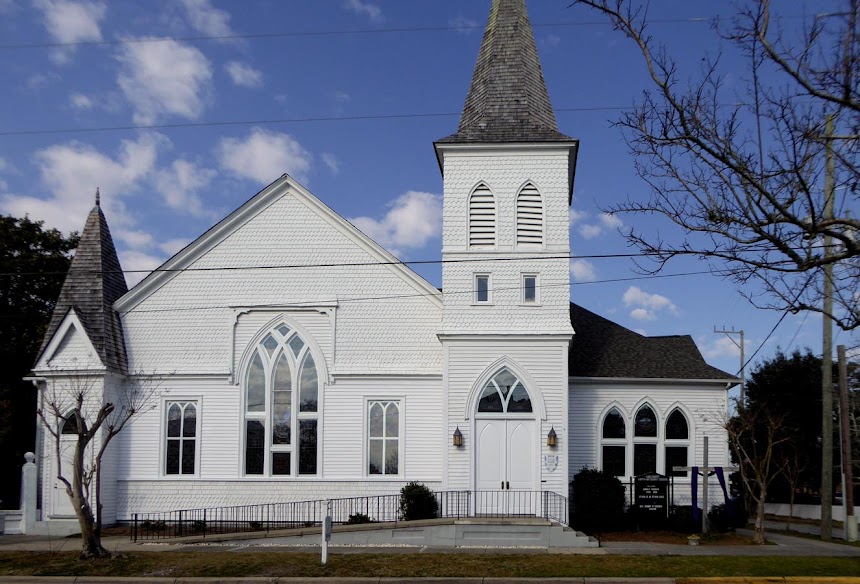 In coastal areas of the U.S., graves are frequently built in the style below. The brickwork keeps soil from washing away around the graves when there are heavy rains or flooding. 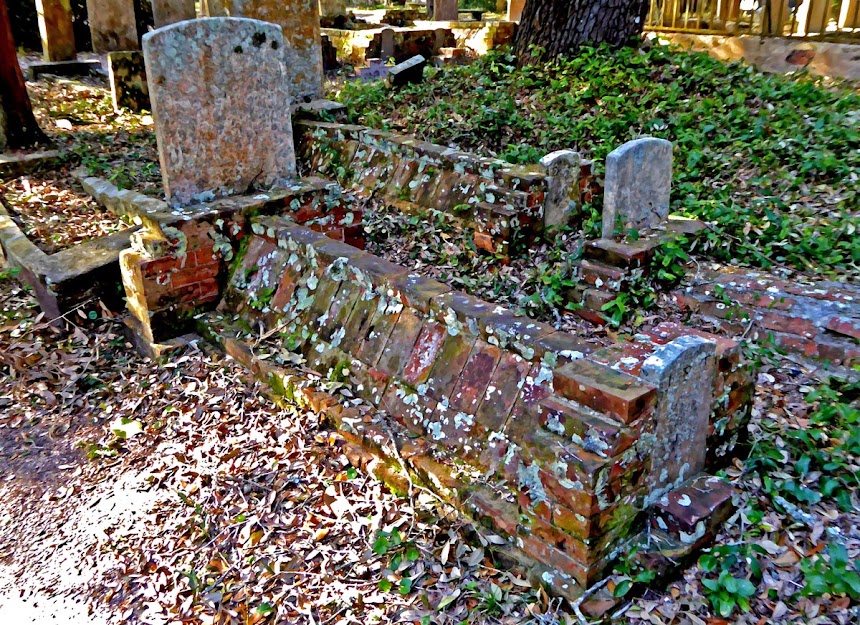 Most North American cemeteries are wide fields of manicured grass, but not the old burying ground in Beaufort, where there are many trees, including a large number of huge live oaks, growing among the 500 or more old graves. 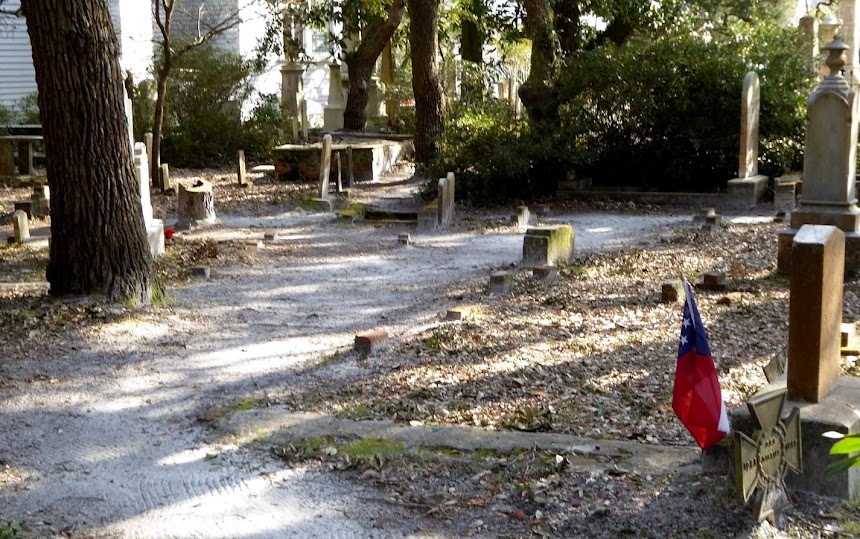 Because the cemetery is so shaded by big trees, many graves are covered by moss. Lichens grow everywhere, as do ivy and shrubs. The soil is sandy. 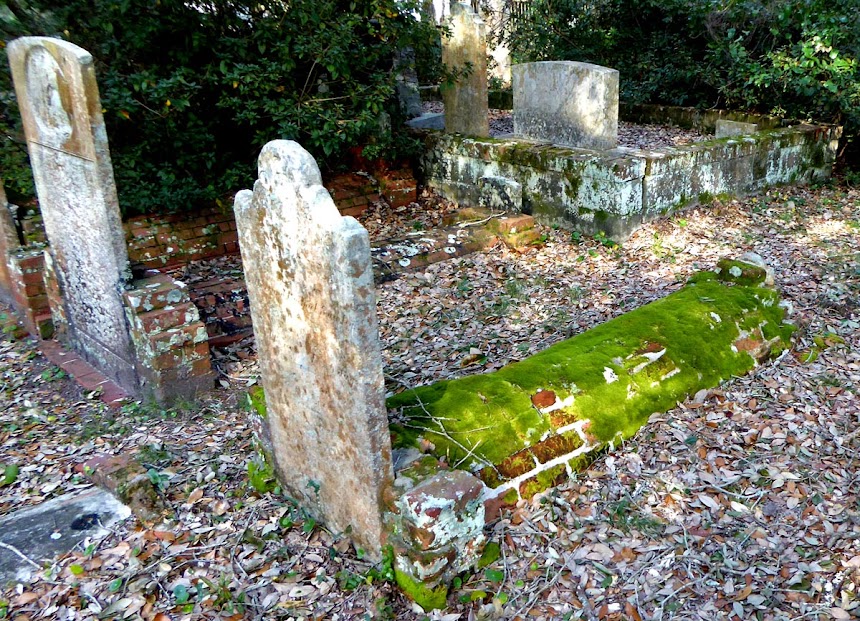 The oldest grave that still has a legible stone marker in the Old Burying Ground dates back to 1756, but there are many earlier graves that are no longer marked. 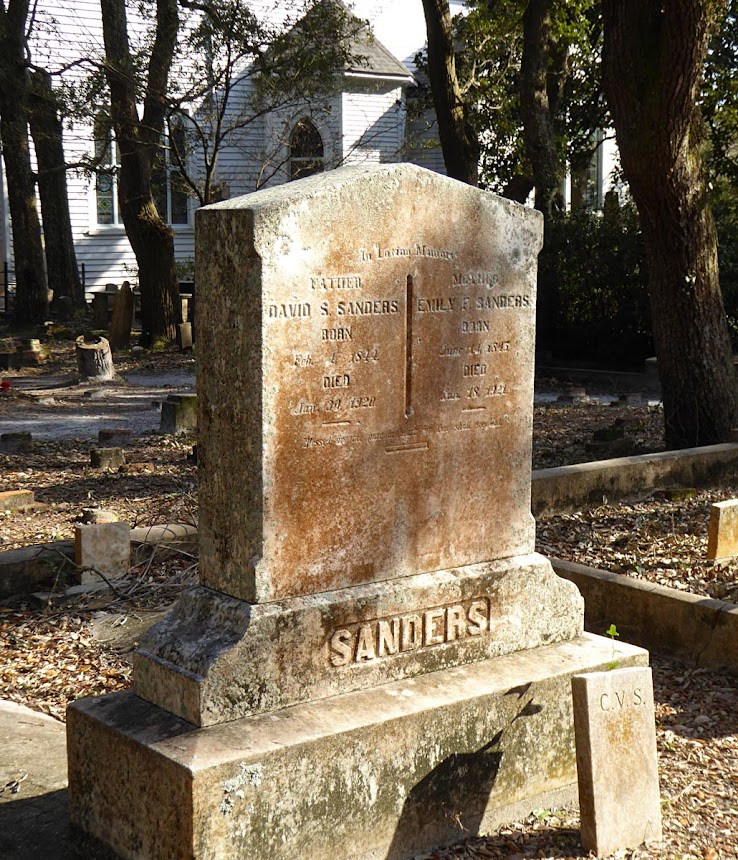 That's because there was no stone in this region of marshes, swamps, and dunes that could be used in making tombstones. They had to be imported by ship, which made them far too expensive for most families. 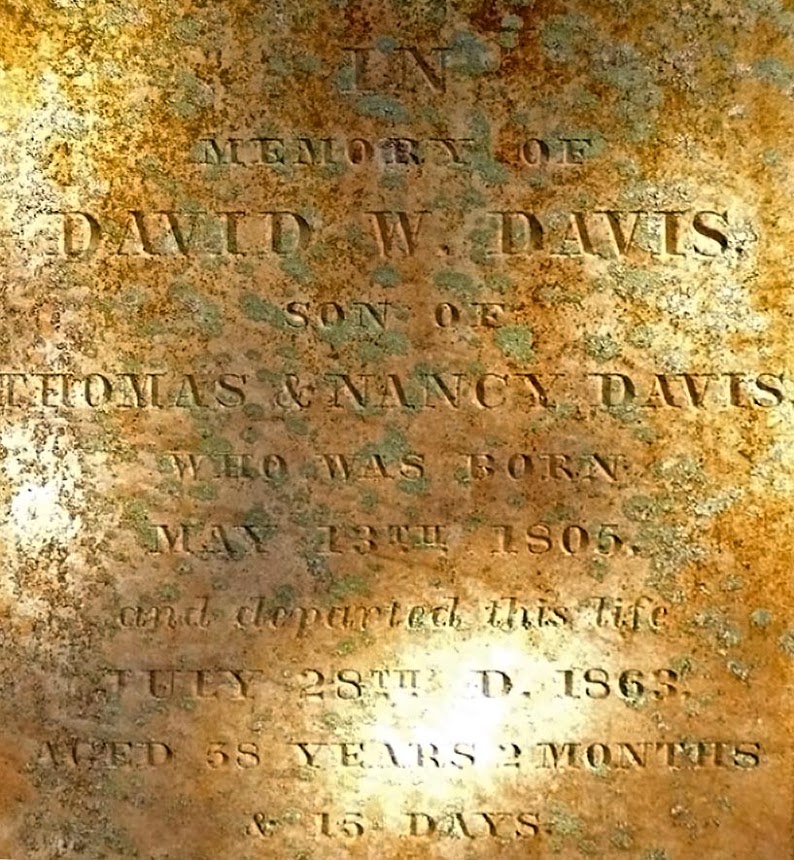 Many graves had wooden markers, made from local cypress, but those haven't survived over the centuries. 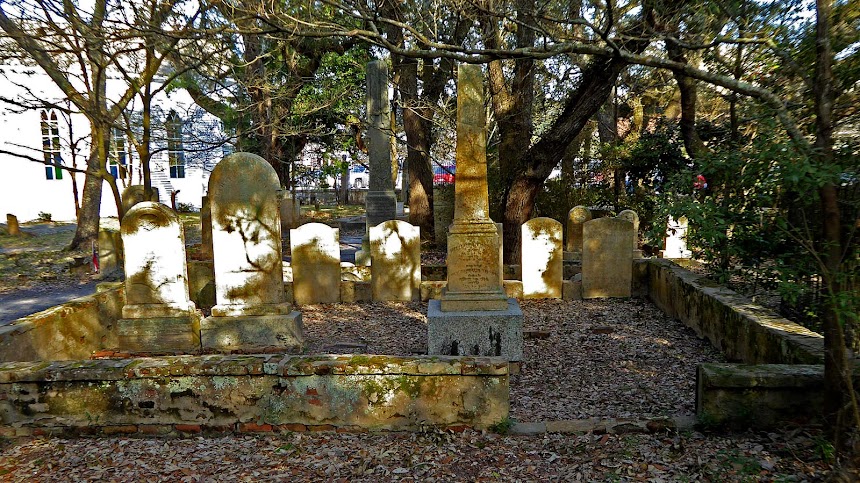 In my post yesterday, I showed the marker on a common grave where crew members of the Crissie Wright, a Philadelphia schooner that ran aground in ocean surf near Beaufort in January 1886, were buried. It was so cold the night of the shipwreck that most of the crew members, who had lashed themselves to the boat's rigging to prevent being washed overboard, froze to death. Some were lost in the sea. Only one out of the eight or nine on board survived. Afterward, a U.S. Coast Guard life-saving station was established on the barrier island at Cape Lookout.