The eastern end of Bogue Banks, the barrier island that protects part of Carteret County NC from the ocean and storms, is the site of a 19th century brick fortification called Fort Macon. Around the fort are several nature trails through maritime forest, marsh, and dunes, as well as along the beach strand. 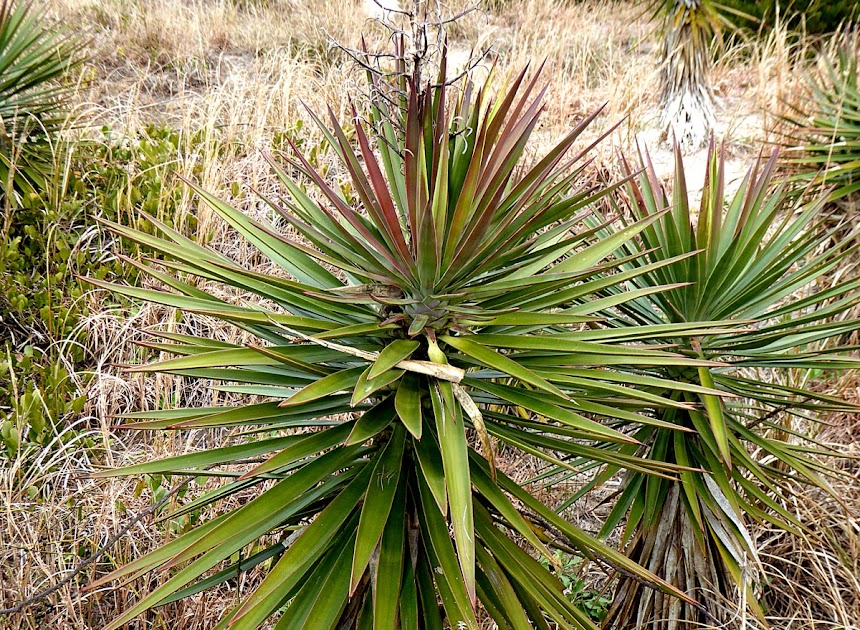 Yucca plants along the trail 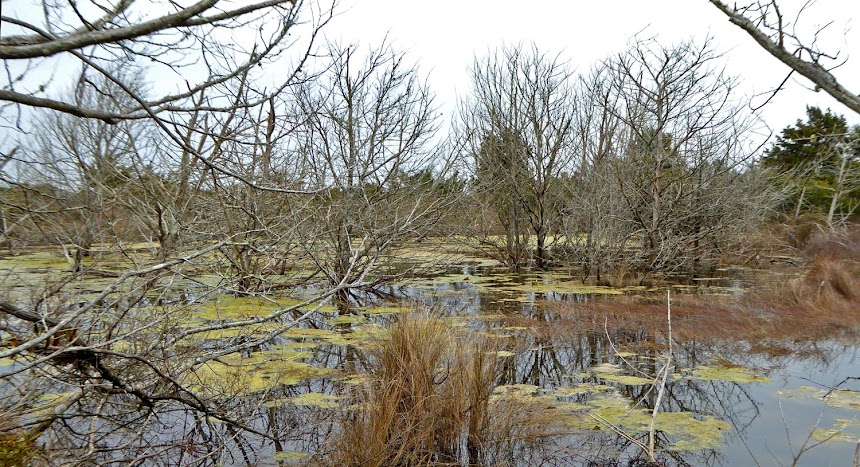 I'm not sure if this qualifies as one, but a geographical feature specific to eastern North Carolina and neighboring parts of South Carolina and Virginia, is the pocosin, a kind of bog. It's a marine wetland, in this case, and is not tidal. I'm not sure whether the trees in the photos above and below are dead or are just dormant for the winter.

At the north end of the nature trail I was walking, hikers have a view of Beaufort Inlet and Morehead City harbor. There's a lot of boat traffic that includes ocean-going vessels, fishing boats, power boats of all sizes, yachts, and sailboats like the one below. 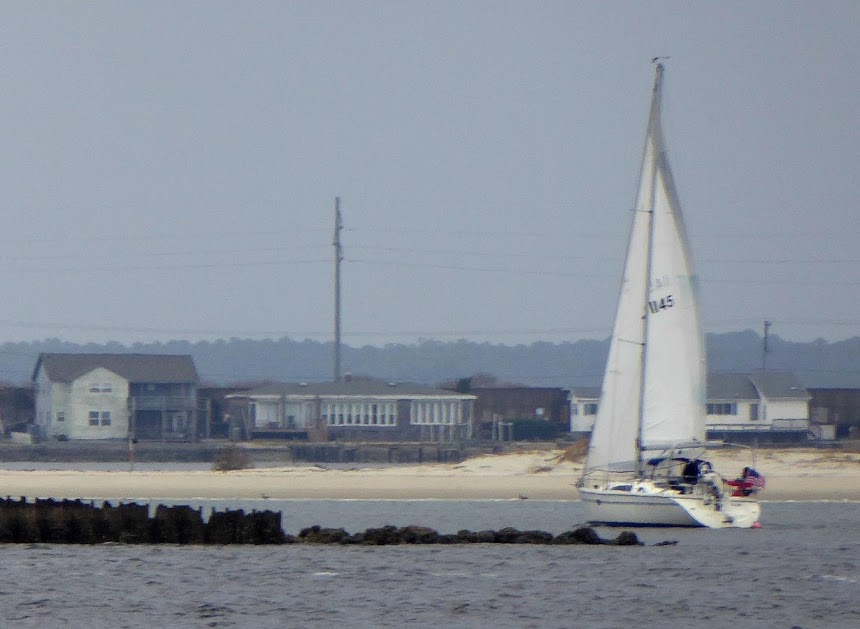 Not far west on the beach, jutting out into the surf, is one of the two or three remaining fishing piers on Bogue Banks. There used to be many more, but land developers building condominium complexes and bought them out and torn them down, using the beachfront property around them for new buildings.

Back in 1969 and 1970, when I was in college, I worked at one fishing pier selling bait and tackle and serving as a short-order cook in the pier's grill. I guess that was when I first got interested in cooking. Over the summer of 1970, after my first stay in France, I worked the night shift (9 p.m. to 6 a.m) at the pier, flipping 'burgers, steaming hotdogs and buns, and making omelets and egg sandwiches, among other breakfast specialties. I have great memories of beautiful sunrises when great schools of albacore tuna, bluefish, or bottlenose dolphins would swim past, sometimes stretching as far as the eye could see.
Posted by Ken Broadhurst at 07:00