La Tartiflette is a cheese and potato dish that was more or less invented 30 or 40 years ago up in the Alpine area called La Savoie. It's a meal you can enjoy when the weather outside is especially wintry. You start the tartiflette by sauteeing some nice potatoes in oil or butter. (Or you can steam the potatoes before you cut them up and then, optionally, brown them.) 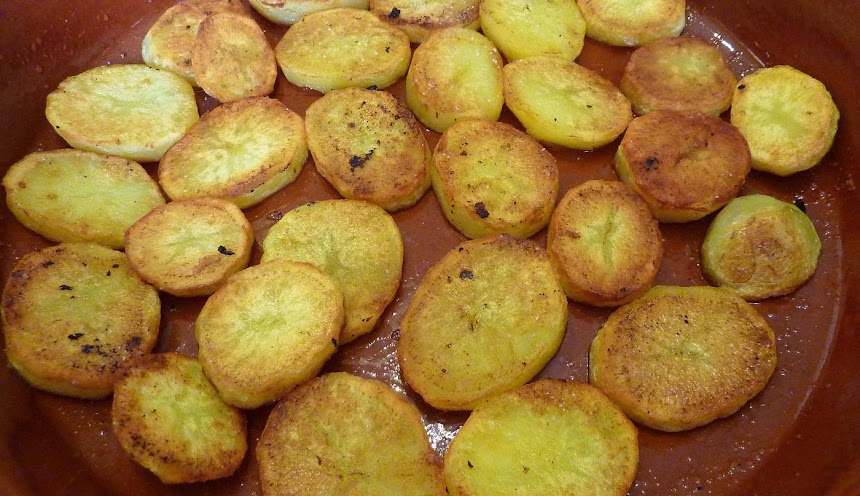 Wintry is what our weather is like this March. Yesterday, we had a snow shower — une giboulée it's called — that saw snow falling hard but didn't last as long as the one I blogged about last Saturday. The snow didn't stick yesterday, but the temperature outdoors this morning is down to freezing, or below.

The second step in making the tartiflette is to sauté some thick bacon or little chunks of smoked ham (lardons fumées in France), along with a couple of diced-up onions, in the same pan, after taking the potatoes out. If you cook the bacon and onions first, and for more flavor, sauté the potatoes right in the bacon fat. (Nothing would stop you from using smoked chicken or turkey instead of bacon, or leaving the meat out entirely.)

It seems that tartiflette was invented by people who wanted a good way to increase sales of the Alpine cheese called Le Reblochon. According to Wikipedia, Reblochon is "a soft washed-rind... French cheese traditionally made from raw cow's milk from the Alps [and] produced in the region of Savoy (departments of Savoie and Haute-Savoie)." I wonder if you can find it outside France. 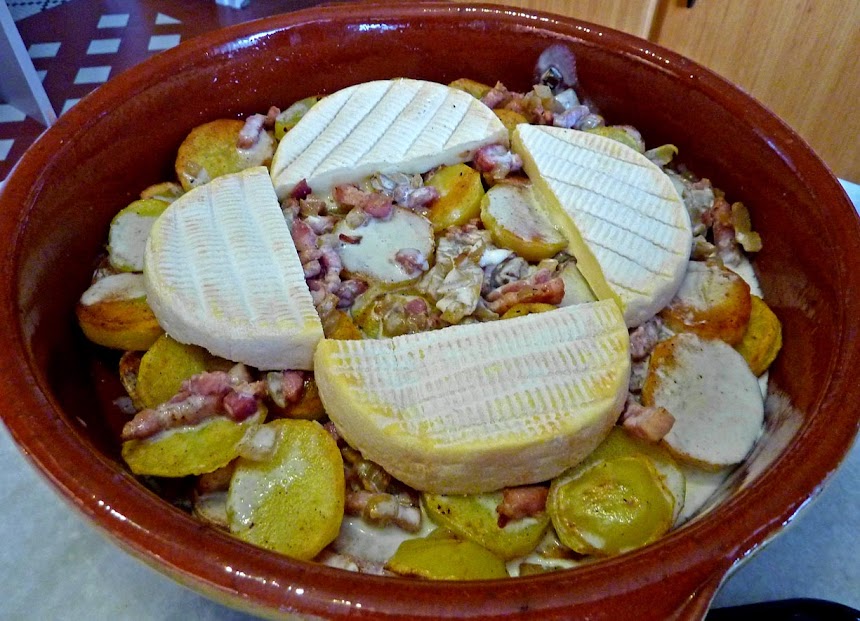 You assemble the tartiflette by first cutting the Reblochon in half through the middle to make two discs that have skin on one side and none on the other. It you want, and depending on the size of your baking idsh, you can cut the two cheese halves in two or even four again. Place them skin-side-up on top of the sautéed potatoes, bacon, and onions, moistened with a splash of cream or milk and seasoned with a little salt and good amount of black pepper. 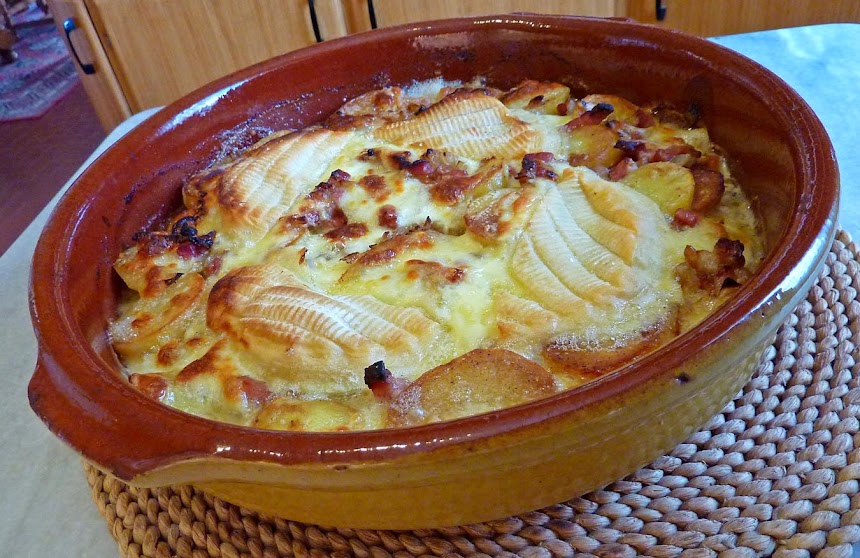 The cheese I used is one that is sold at Intermarché specifically for making tartiflette. It's called — surprise surprise — fromage à tartiflette. I think its rind is thinner than the Reblochon's, which you need to remove partially by scraping it with a knife before you melt it on top of the potatoes. (Again, nothing would stop you from using a Camembert or a small Brie, made either in Wisconsin or France, or some other cheese that melts well, to create your own version of tartiflette.) Bake the dish in a hot oven until it's heated through and the cheese has melted appealingly.
Posted by Ken Broadhurst at 07:30