So as an official "elder blogger" I thought I'd post a few pictures of things that are older than I am. Specifically, I'm talking about houses in Beaufort, North Carolina. It's not my home town, but I'm sure some of my ancestors lived there. I drove and walked around in Beaufort three or four times in late February 2016. 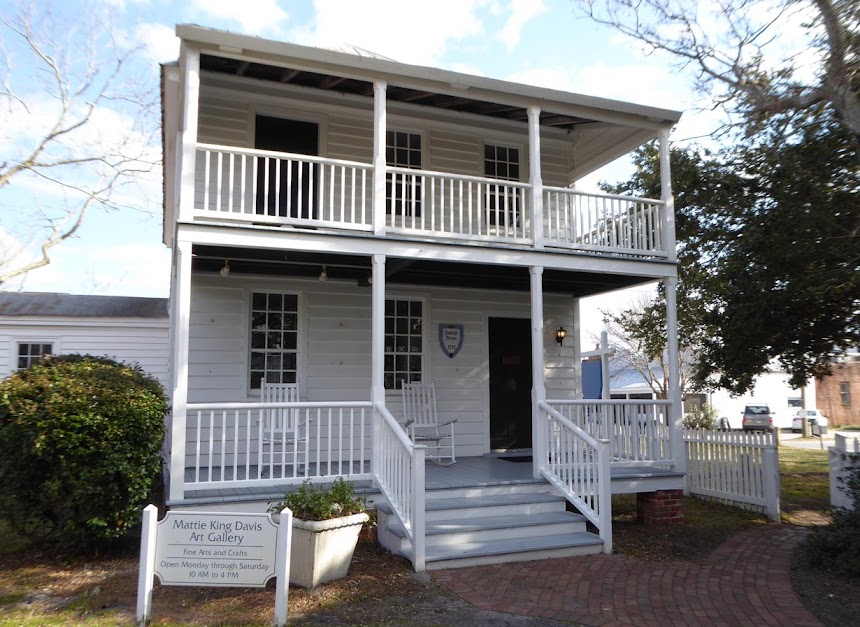 The Rustell house (or Russell house in some accounts) was built in the early 1700s in Beaufort, North Carolina, making it the oldest existing house in the town. 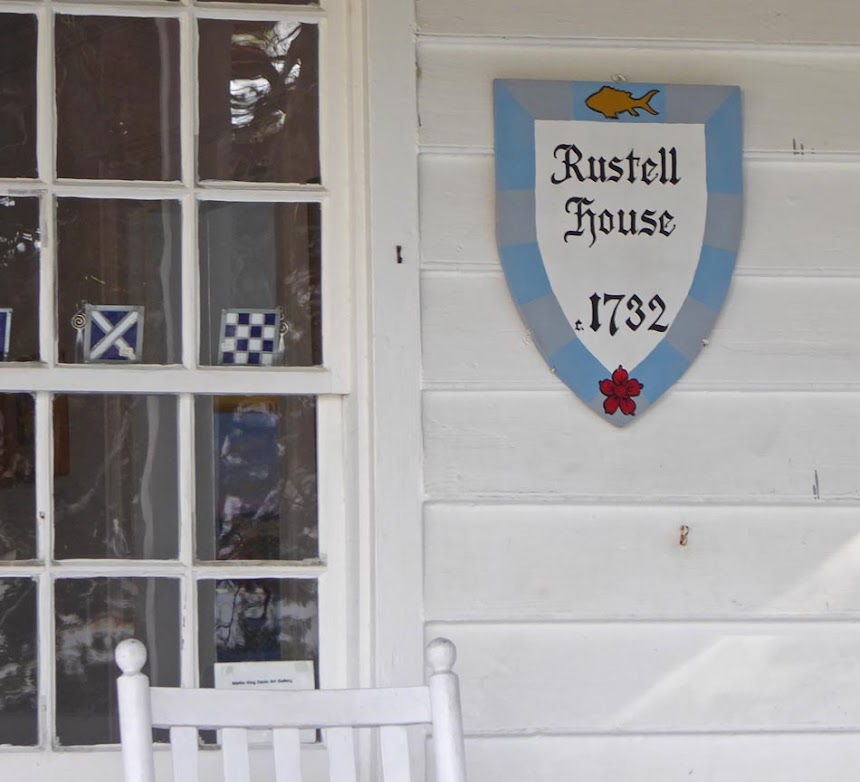 You can see the floor plan of the first floor of the Rustell House here. 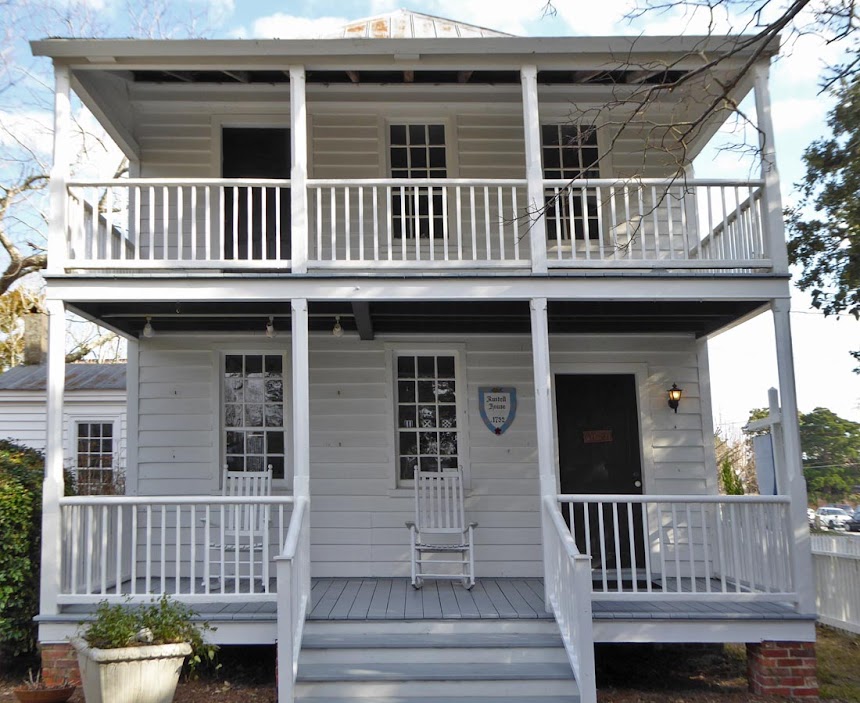 I wonder if they had rocking chairs on porches in the 18th century.

The town of Beaufort [BOH-furt] was founded in 1709. It's one of the three or four oldest towns in North Carolina, along with Bath, Edenton, and New Bern. The town I was born and grew up in is Morehead City, which was not founded until 1857. Beaufort and Morehead are separated by just three miles, including two bridges and a causeway built in 1927. Earlier, a railroad bridge, built in 1907, gave residents and tourists a way to get to Beaufort from Morehead and points west without having to go by boat. 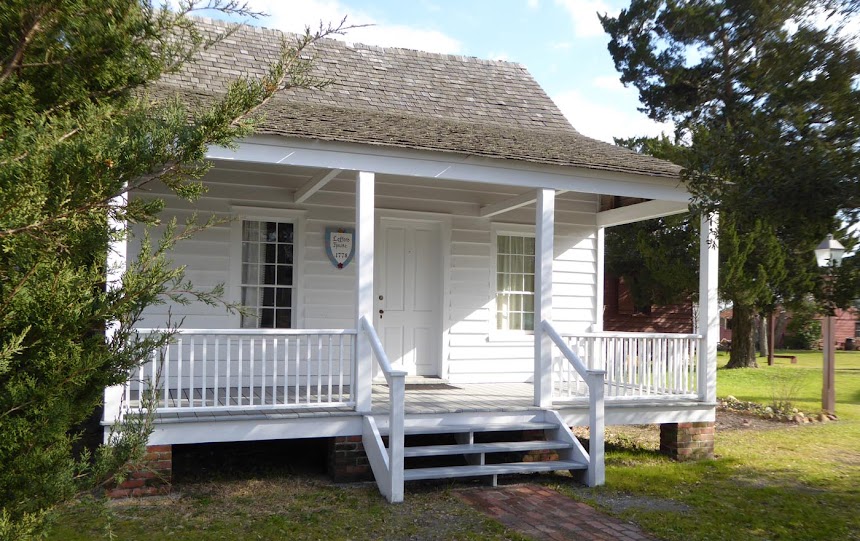 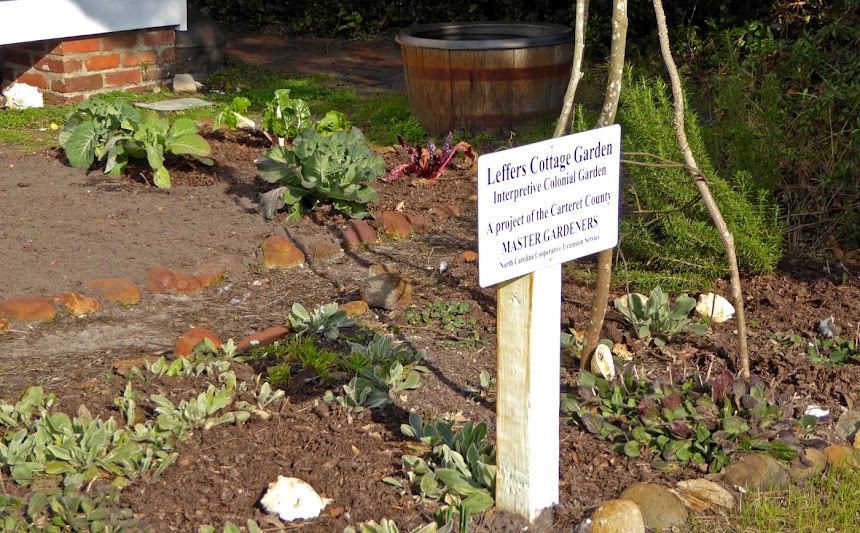 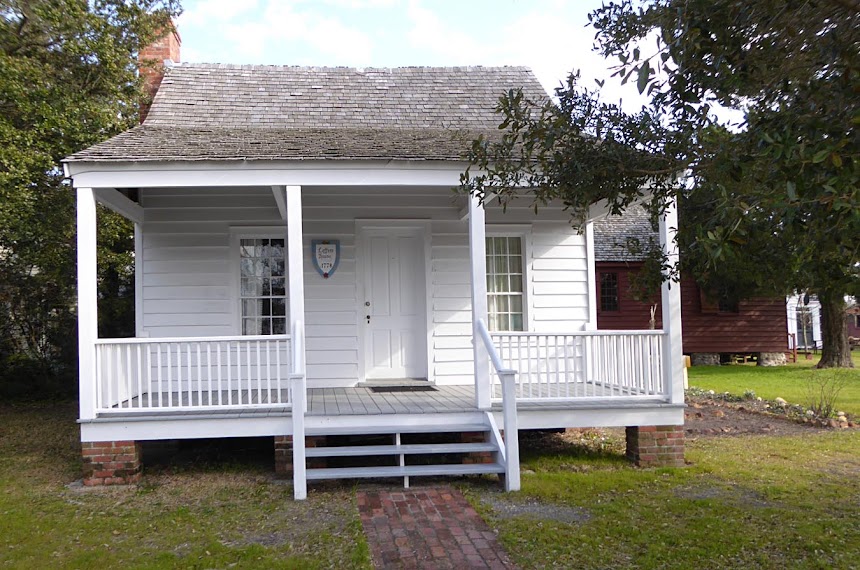 Samuel Leffers was a schoolmaster and merchant who also served as the clerk of the local court.


North Carolina was also the site of the first English attempt at establishing a colony in North America, in 1585. That attempt was a failure — all the colonists vanished while a ship made the return crossing to England to bring back supplies. The first successful colony was established in 1607 just to the north at Jamestown, in Virginia. People from Jamestown starting moving south into North Carolina in the mid-1600s.
Posted by Ken Broadhurst at 07:45