Once we decided that we'd leave trying the Mont Burger for another day, we looked at the three other restaurants nearby. Here's one: Les Tuffeaux. We have eaten there before once or twice, but it's been a while. It's the restaurant that advertised a cheeseburger and a bacon burger on one of its blackboards. (I just discovered that there is another new hamburger joint in Montrichard: L'Atelier du Burger — the burger workshop. They've gone burger-mad over there.) 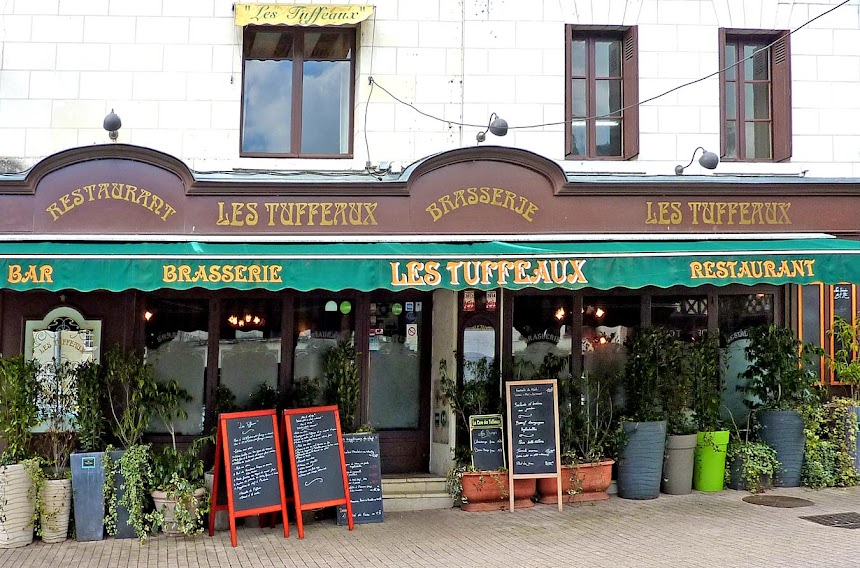 Here's the lunch menu for the day. For "just" 13.50 €, you get three courses: starter, main, and dessert. If you just want two courses — starter + main course, or main course + dessert — it's 12 €. And finally, if you just want the main course, that's 9 €. It all depends on how hungry you are, of whether you're on a diet. (The euro is worth just a little more than the U.S. dollar right now, so plan to spend between $15 and $20 for the full lunch if you decide to have wine and coffee.) 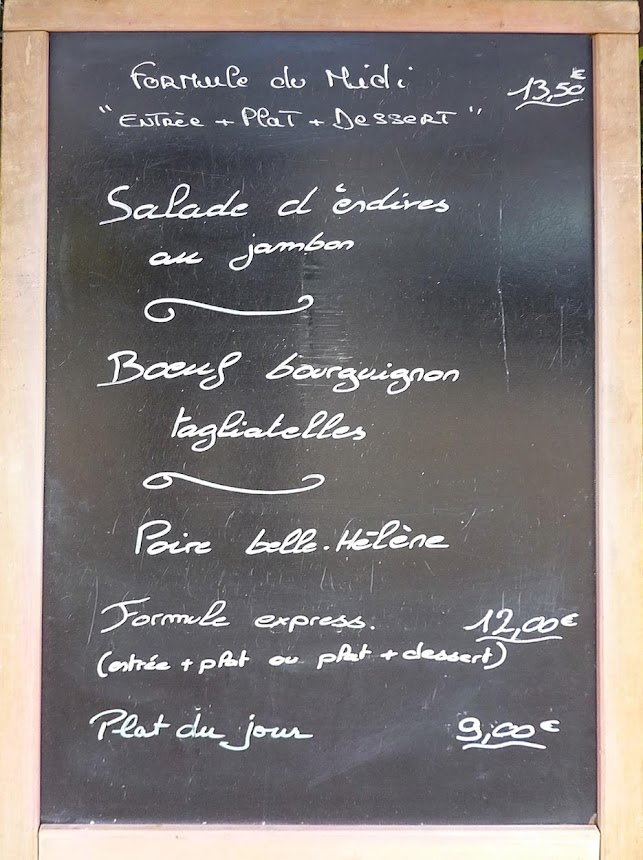 And what are the choices? They are very traditional French. The starter is a Belgian endive salad with ham — salads in France often come with meat, and sometimes with meat and cheese. The main course is the red-wine stew that's called Bœuf Bourguignon, or Beef Burgundy. It's usually made with lardons fumés (chunks of smoked bacon), onion, and button mushrooms. This one is served with tagliatelles, which are egg noodles that resemble fettucine. And dessert is a Poire Belle-Hélène — a poached pear served with vanilla ice cream and a warm chocolate sauce. That's a classic of French cuisine dating back to the mid-19th century.
Posted by Ken Broadhurst at 07:30