While I'm letting my bread dough finish rising — by this method, that takes 18 hours or so — let me talk about ducks. It's duck season. This is when ducks are "harvested" (read "slaughtered"). Or their fattened livers are harvested, I should say.


When I went to the supermarket on Friday, they had a huge number of whole canards gras (fattened ducks) on display and for sale at about 3.50 euros a kilo (less than $2 U.S. per pound). For a number of reasons, I really didn't want to buy and cook a whole duck right now. 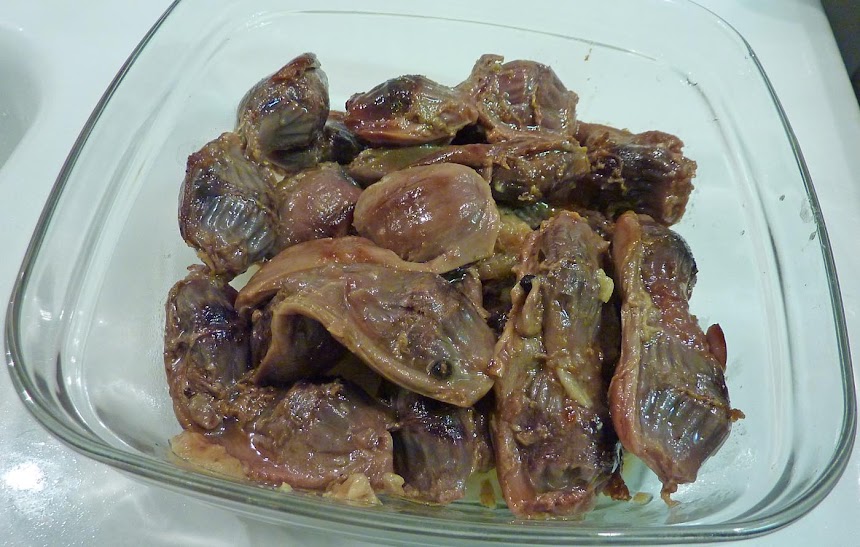 
They also had a lot of duck parts on offer. Wings, leg and thigh sections, and breasts. The legs and wings are good for confit (slow-cooked in duck fat). They even had a big refrigerated case full of legs and thighs that were already cooked that way, ready to be reheated and consumed. And then I noticed gizzards. Fresh, in vacuum-sealed bags. That's what I ended up buying. There were about 15 of them in the package. They weighed about a pound and a half (665 grams) and sold for 5.5 euros. 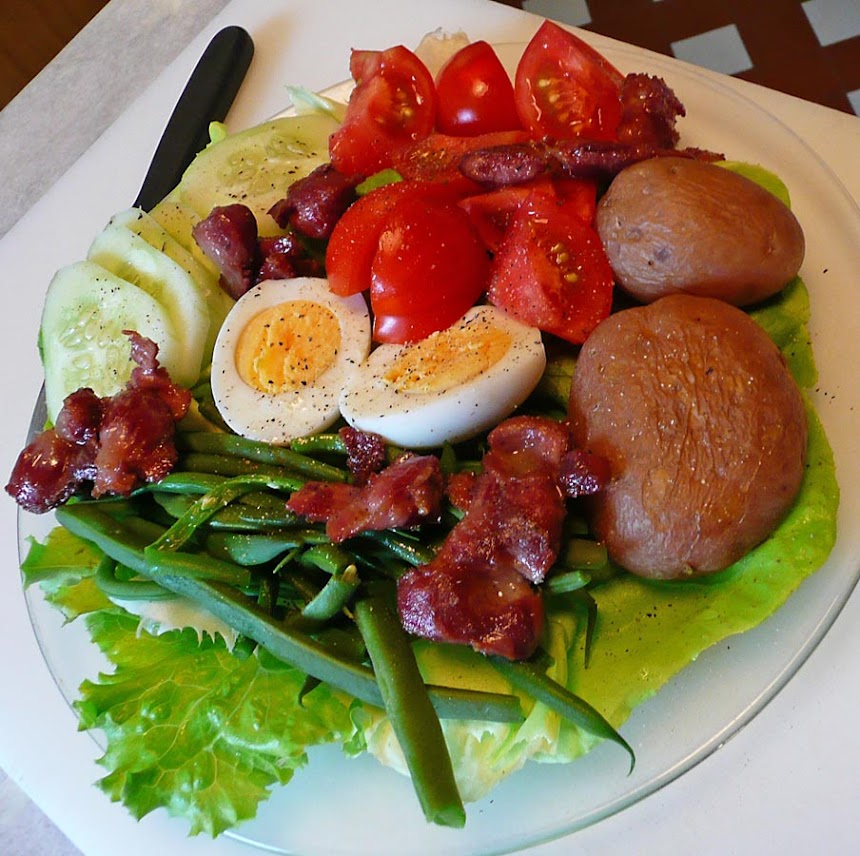 
Duck (or chicken or turkey) gizzards are treated the same way as wings and legs — as confit. What you do is cover them with coarse sea salt for five or six hours in a colander and let them "disgorge" or dry out a little. Then you rinse them well, dry them off, and put them in a pot or baking dish covered with melted duck fat (or lard). You cook them slowly, on low heat on top of the stove or in a slow oven, for several hours. Usually, I buy them already cooked, but these were raw.


I decided to use the slow-cooker (la mijoteuse, in French). The gizzard is a tough muscle that needs long, slow cooking to tenderize. It's an organ, but not an organ like the liver, because it is a muscle. I had a jar of duck fat in the pantry — you can buy it here in French supermarkets in pint jars — so I was all set. 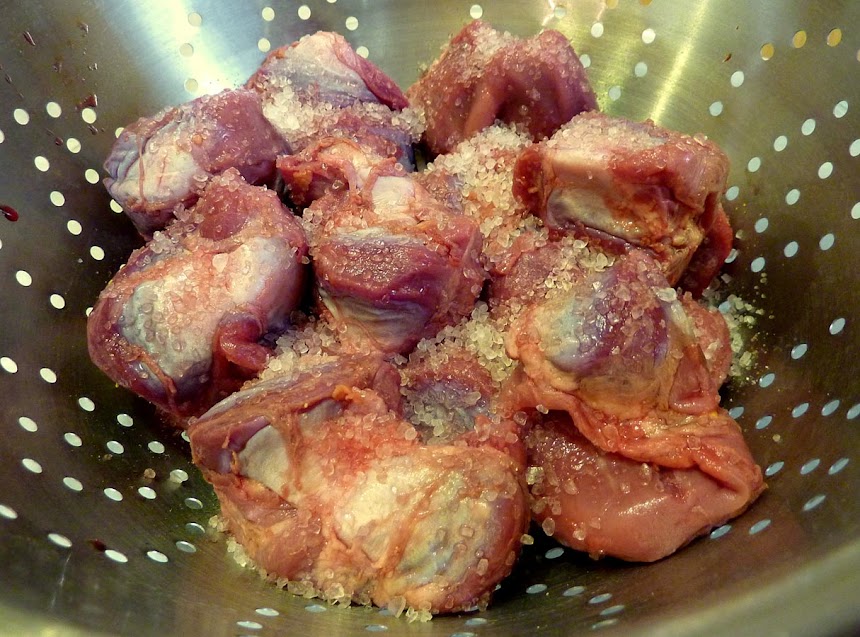 Gésiers salted and "disgorging" (I saved the best photo for last!)


I put the 15 prepared gizzards into the cooker, where I had already melted the duck fat, with a few unpeeled garlic cloves, three bay leaves, and a dozen black peppercorns. The gizzards need to be completely submerged in the fat. I turned the cooker on at its low setting at 10 p.m. and turned it off when I got up at 6 a.m. — eight hours of cooking.


What do you do with the tender, slow-cooked duck gizzards? You can cut them up, sauté them lightly, and serve them over a salad. Or you can serve them with sauteed potatoes or cooked white beans (we're going to eat some with lima beans today). Or heat them up and serve them with any other vegetable. They are really good eating.
Posted by Ken Broadhurst at 07:30