Yes, pairs of Paris pictures. The first is from April 2002, taken with a 10x zoom Canon camera. 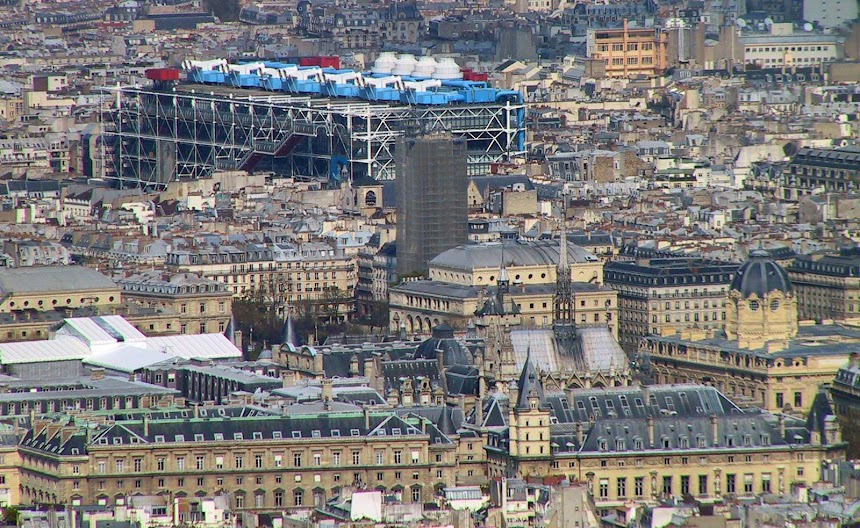 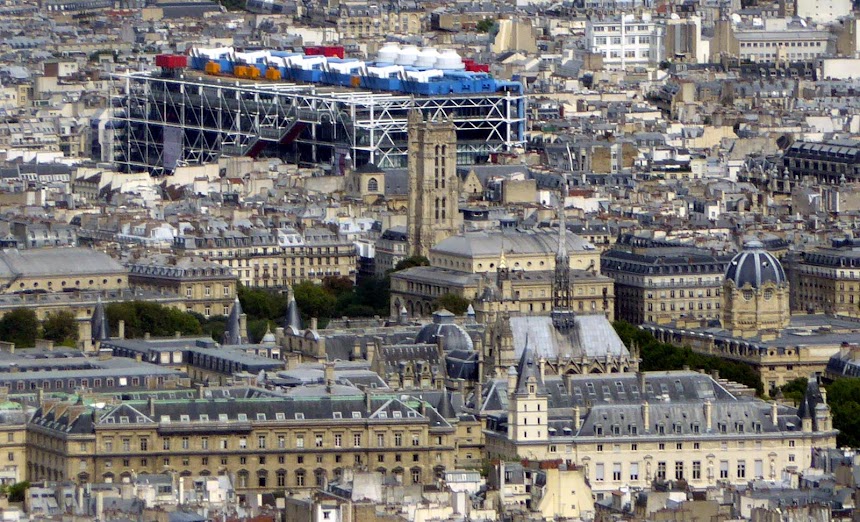 The second photo is from August 2015, and was taken with a 30x Panasonic Lumix camera. Tour Saint-Jacques was being repaired and restored in 2002. I notice one apartment building in the upper right-hand corner than has been repainted since 2002.

The original photos side by side show the difference. The 2015 image (on the right) has so much more resolution that I was able to crop out the center and get an image that matched the much lower-resolution 2002 image (on the left). Actually, the older image looks sharper.