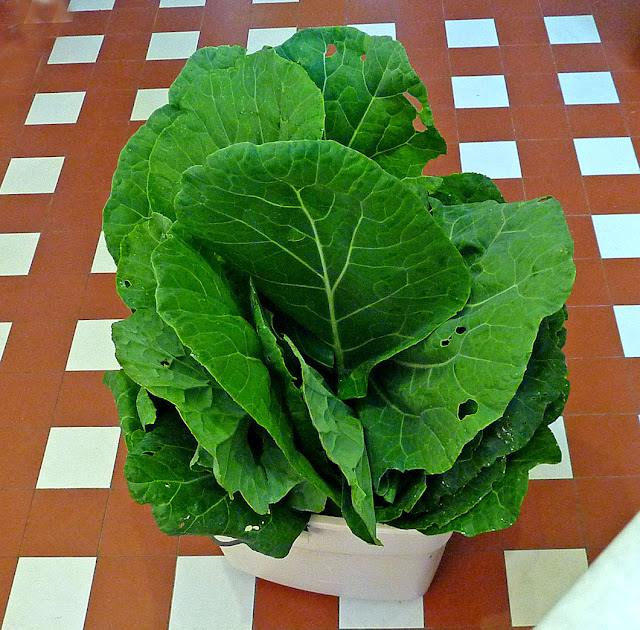 Early in the summer, I almost gave up on my crop of collard greens. The plants were attacked by pests called flea beetles and most of the leaves were nothing but webby, skeletal fans with not much green left on them.

The real problem was extremely dry weather. Collards like it wet. When the weather did turn wet — too wet for tomatoes — the collard greens grew like crazy. 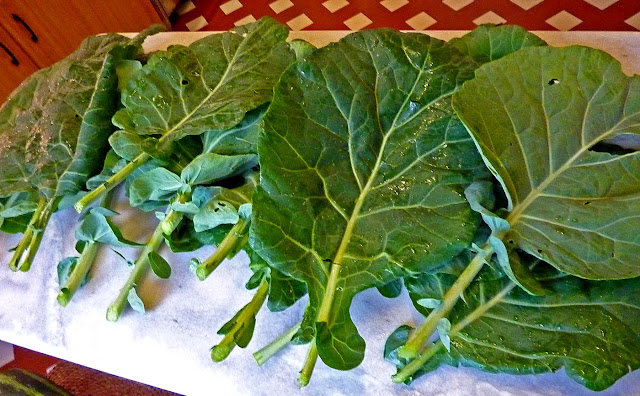 A few days ago, I harvested just the bottom leaves from the six or seven plants I have out in the garden. They were big, beautiful leaves, and my only concern was that they might be too tough because the weather had been so hot. They certainly were pretty, though. 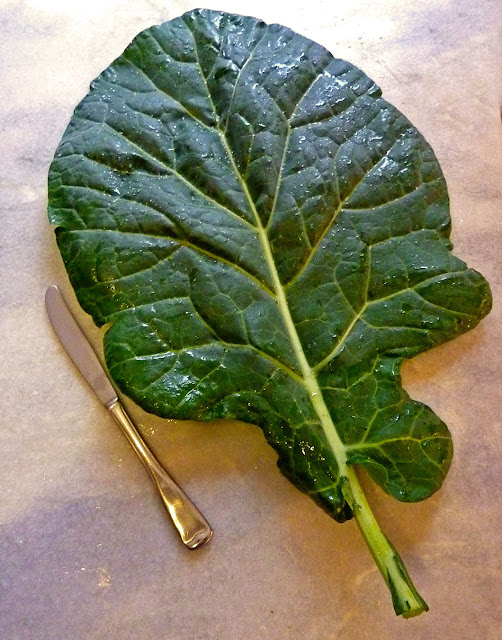 Here's a perfect leaf, shown with a standard table knife to give the photo some scale. You can see, above, how many of them there were. The plants will produce many more this fall. 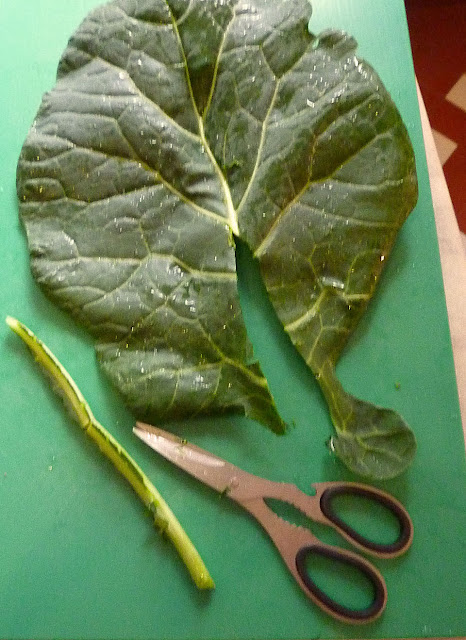 When collard leaves are smaller and seem more tender, I don't bother cutting out the central rib of each leaf. With these, I decided just to cook the green leafy parts. Kitchen scissors make fairly quick work of removing the tough ribs. 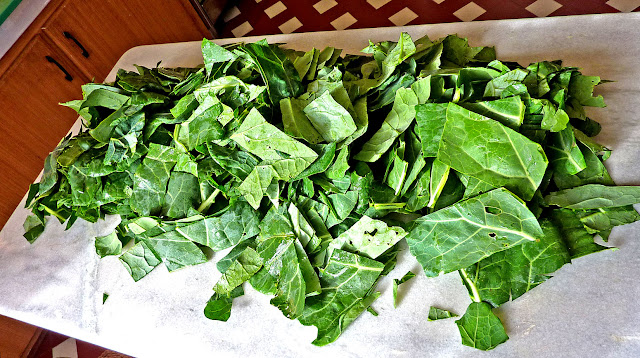 Then I just coarsely chopped up the leaves to prepare them for cooking. Collard greens are a sort of cabbage that doesn't form a head, and the leaves are dark green or blue-green in color. 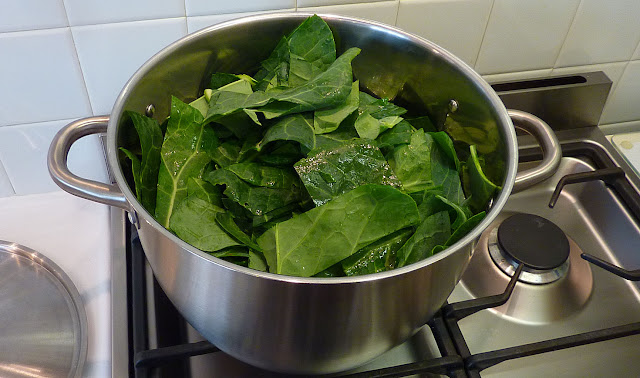 I put them batch by batch into a pot with some water, salt, pepper and white wine. As they cooked down I added more. The cut-up leaves wouldn't all fit in the 12 liter pot at one time. Some people might put a little sugar in the pot, but I think white wine gives the greens enough sweetness. 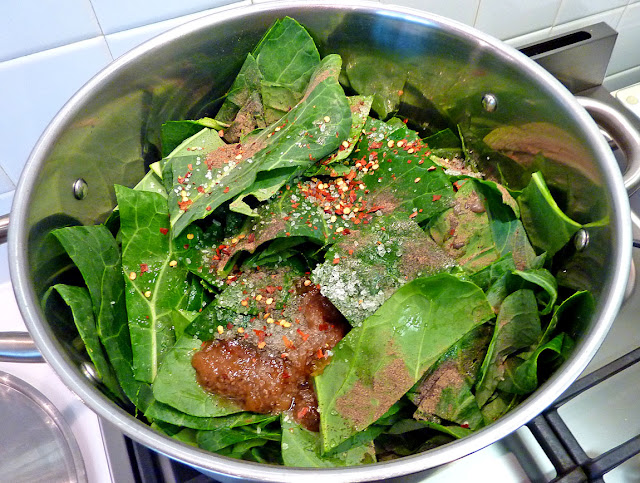 Then I seasoned them. I had some fat and broth left over from braising a couple of pork shoulder roasts in the slow-cooker a few days earlier. I also added some more salt and black pepper, as well as some dried red pepper flakes. 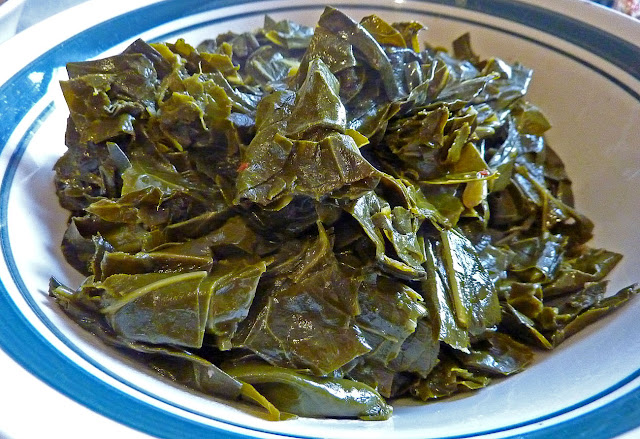 Collard greens are really different in texture from spinach or chard. They are "meaty" — the leaves, even after an hour or two of cooking, still have some chewiness. A French woman I served some to a few years ago said: « C'est du croquant. J'aime ça. » Croquant is "crunch."
Posted by Ken Broadhurst at 07:15