Celery root, also called celeriac by some people, is a vegetable grown for its big round root. It sort of resembles a turnip or rutabaga, but with a rougher skin. It has a flavor similar to the flavor of celery stalks, but sweeter. And of course the texture is completely different. 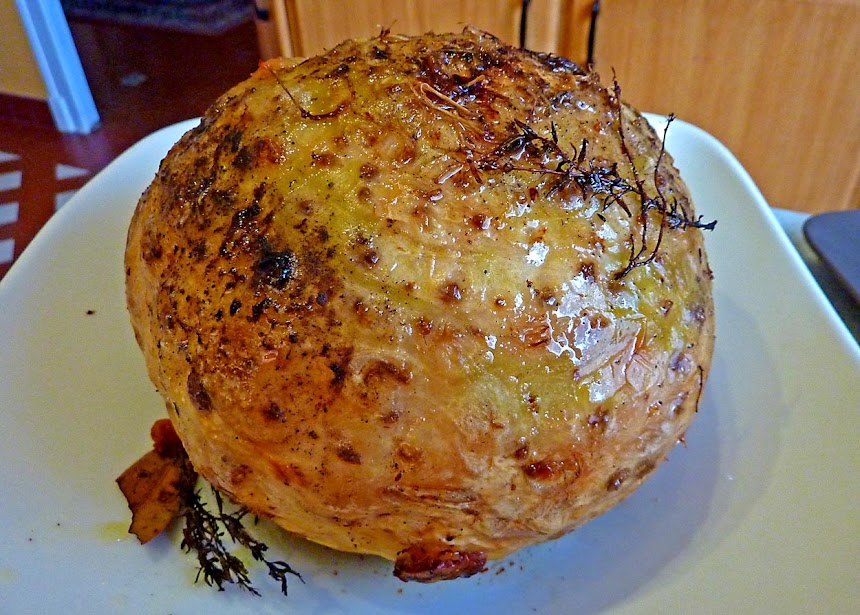 I've used céleri-rave like carrots or potatoes, cut up and cooked in potées (boiled dinners) and stews, including blanquette de veau, d'agneau, ou de dinde, and it's good. I also like to make céleri rémoulade, which is grated raw celery root dressed with a mixture of cream, mayonnaise, and Dijon mustard and eaten as a salad. That's a classic. 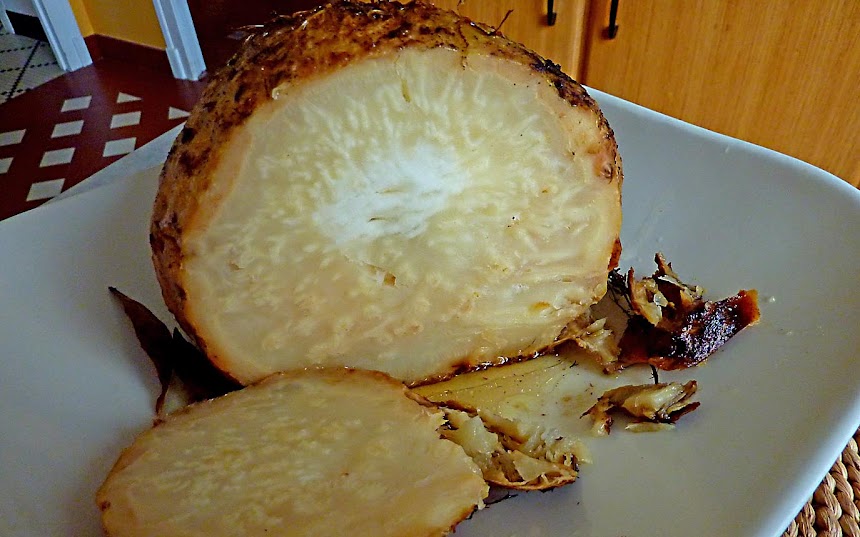 But what about roasting a whole celery root in the oven? It turns out to be really good. You scrub the outisde of celery root thoroughly, rub or brush it with (olive) oil, sprinkle on some herbs (fresh or dried), salt and pepper it, and then wrap it tightly in aluminum foil. Just before you close the foil, put a few sliced, pressed, or crushed garlic cloves in, along with a pat or two of butter, and seal it all up. Roast it in the oven for about 2 hours at 350ºF (180ºC). Test it with a skewer to make sure it's cooked all the way through before you unwrap it. 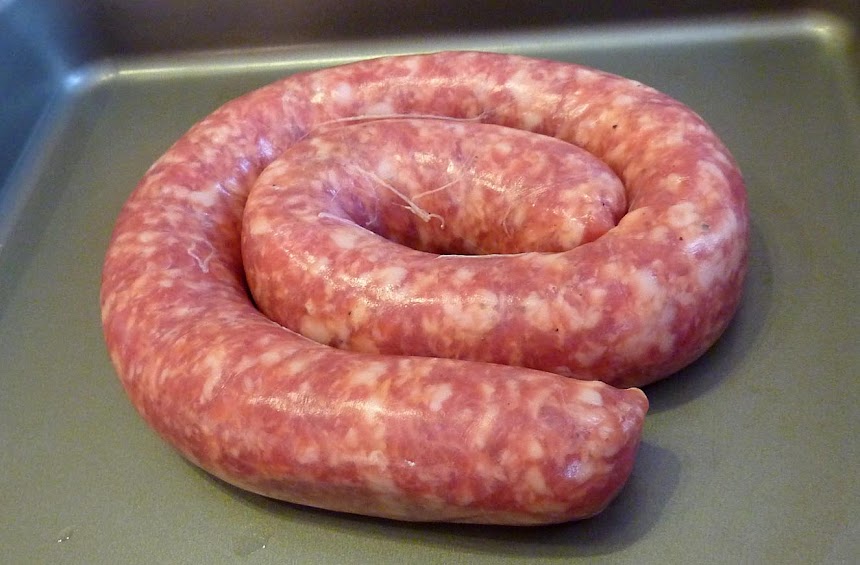 Serve it in thick slices with, maybe, a cream sauce or mushroom sauce. If you want to peel it, either before cooking it or after, you can do that too. You might also cut off the top of the celery root, hollow it out, and put the herbs, garlic, and butter in there. That would flavor the interior of the celery root really well, I think. 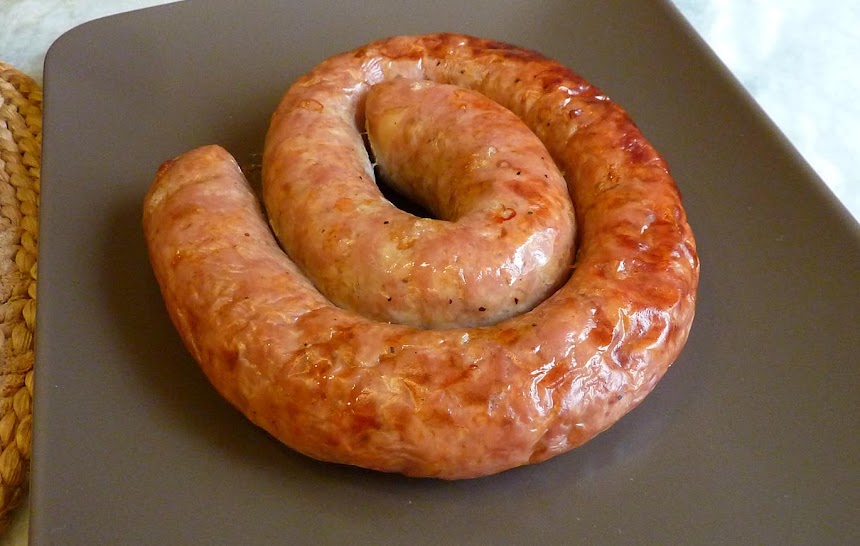 We had our roasted celery root with a creamy mushroom sauce and an oven roasted saucisse de Toulouse, which is a pork sausage with a filling that is, traditionally, made with meat chopped with a knife rather than run through a meat grinder. It's about my favorite French sausage, along with the smoked Montéliard sausages from eastern Frence. The one in my pictures is called a saucisse brasse, meaning it isn't cut into links before cooking, but left the length of an arm (un bras).
Posted by Ken Broadhurst at 07:30