10 years ago in the garden

It's raining this morning, and dark. Very dark. Oh well. C'est la saison qui veut ça. Not only is it the end of the growing season here in Saint-Aignan, but it's also the end of l'heure d'été — "summer time" or what we call daylight savings time in the U.S. Sunday morning we turn the clocks back an hour. The sun will come up an hour earlier starting that day.

We still haven't done the final cleanup out in the vegetable garden. Walt wants to leave the winter squashes — acorn, butternut, and potimarron (red kuri) — out in the garden as long as possible. Since I don't have much to blog about today, I've been looking at some photos of produce from one of our best vegetable gardens of the past. 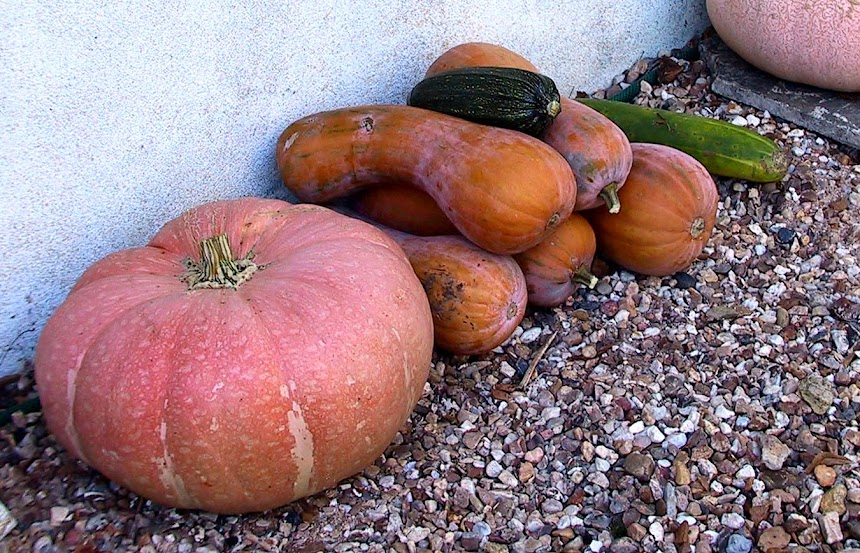 That was in 2005, which I remember as one of the most consistently sunny and warm summers we've had here out of the 13 we've spent in Saint-Aignan. Only 2015 has rivaled it in long stretches of pleasant weather. The summer of 2003 was much too hot to be put in the same league. The 2005 garden was only our second gardening effort. 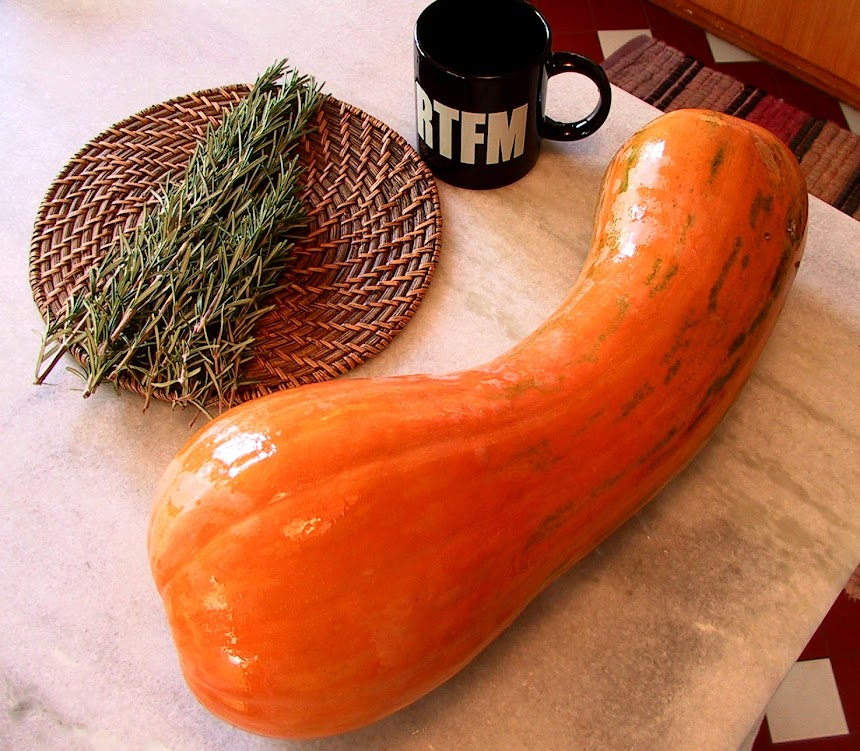 In 2005, as this year, we had great crops of collard greens and tomatoes. We also had good eggplant (aubergines), which have been a flop in 2015. And in 2005, we especially had a bumper crop of winter squash and pumpkins, as you can see in the photos here. A friend who lives on the other side of the village had given us a handful of squash seeds that year. She had saved them to share. They were for a butternut-like squash called the sucrine du Berry, a local variety. I don't remember what we did with all those squashes and pumpkins...
Posted by Ken Broadhurst at 07:15