The hamlet we live in, two miles outside the town of Saint-Aignan-sur-Cher in the Loire Valley region, consists of nine houses. Three of them, including ours, are about 50 years old. The other six are much older (but I'm not sure how old they are). We are located on high ground above the Cher river valley, less than a mile from the river itself, surrounded by vineyards, ravines, and woods.

The old stucco (enduit, crépi) has been stripped off this stone house, exposing the stones.


I think most of the old houses were basically ruins 50 years ago. They were bought by people who set about fixing them up and making them into comfortable places to live. In other words, a new community of people was formed here in the 1960s and 1970s. Still, two of the houses were occupied only seasonally when we moved here 12 years ago, and now two others are just used from time to time, by people who live in the Paris area most of the year. 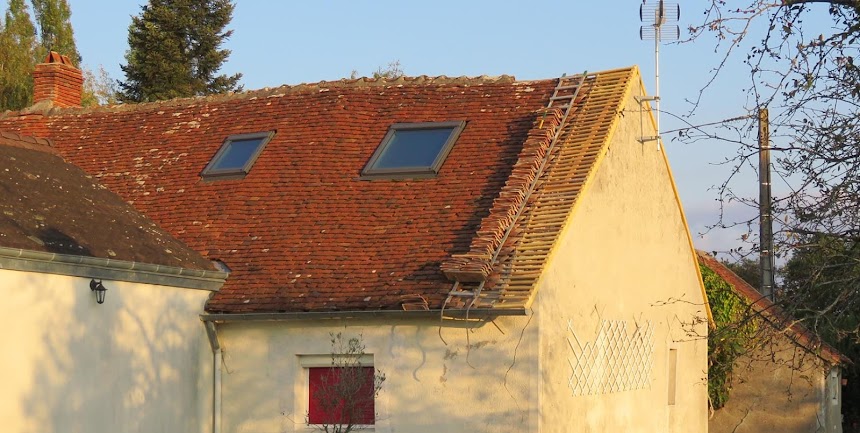 Old roof tiles are not replaced, but cleaned and put back into place on new wood slats.


As we all know, houses are always works in progress, just as towns, villages, hamlets, and châteaux are. Even the old houses around here have had wings and rooms added on over the years. I doubt that many of them of them look the way they used to. 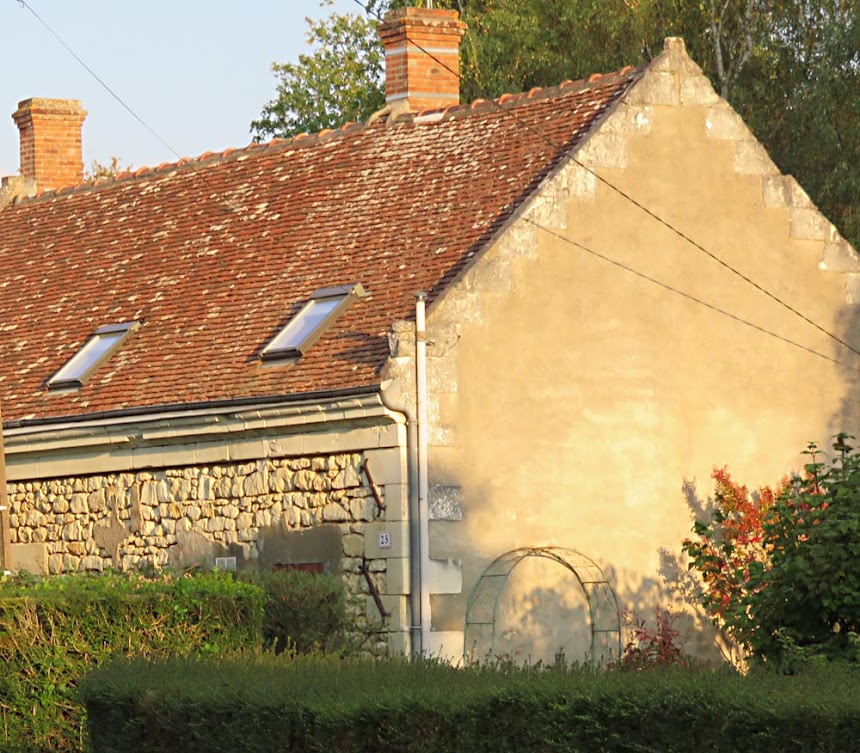 The exposed stone will be hidden by stucco again, like this end wall, when the work is finished.


One of them would be hard to identify as an old farm house, so much has it been fixed up. One carries the name La Ruine, but it is far from being dilapidated nowadays. It's about the biggest and nicest house in the hamlet. It and another one might be counted among the nicest houses in the Saint-Aignan area. 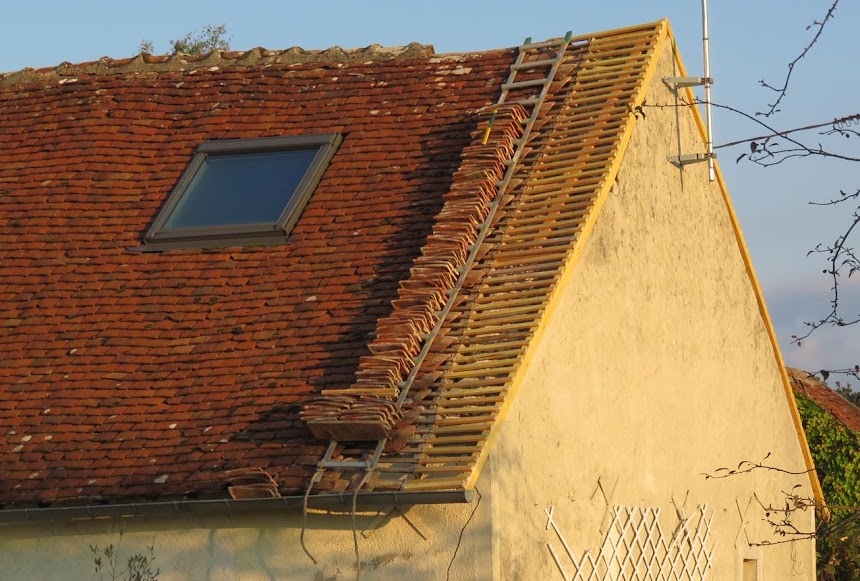 Nearly all of the old houses have had their former greniers (haylofts)/attics converted into modern living space. Only our house had changed hands over the past dozen years — we bought it in 2002 — until recently, when newcomers to the hamlet bought a house three doors down from ours. 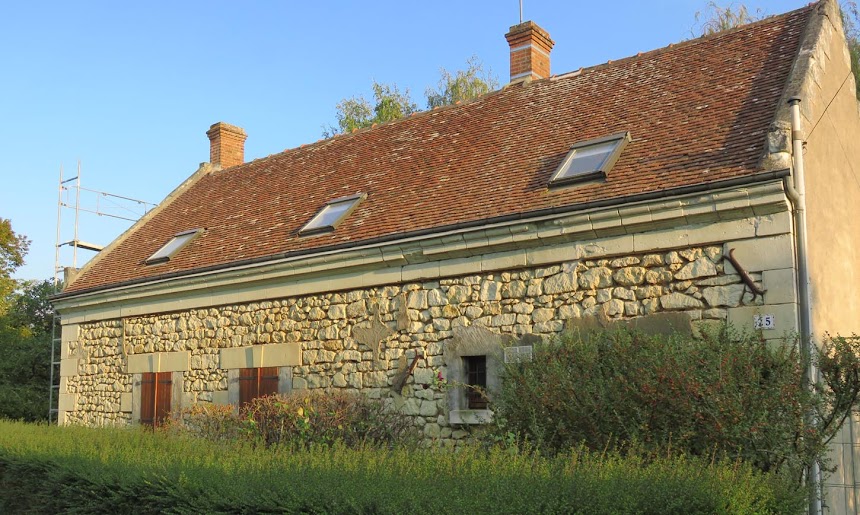 Here are some photos of ongoing renovations around the hamlet. Mostly they consist of minor repairs and improvements. By the way, the difference between a hamlet and a village in France is that a village has a church in it and a hamlet does not.
Posted by Ken Broadhurst at 07:40