Rain rain rain. That's our lot in life these days. A strong thunderstorm woke me up at three this morning. The thunder clap rattled the roof tiles. That scared the dog, who went wild barking. Then there was a sharp flash of lightning and an immediate, even louder clap of thunder. Callie ran downstairs and I had to follow. She was standing and barking madly at the door that opens onto the front terrace.

A few minutes ago, I heard what sounded like a grape harvester driving up the road. It was strange because despite the darkness there were no headlights visible. I got up and opened the door to see what was going on. It was rain. Heavy, noisy rain falling straight down. It's just as well that we ripped the tomato plants out of the garden on Sunday. The weather report on Télématin as I type this says we should expect rain all day long again today. That's what we had yesterday, essentially. 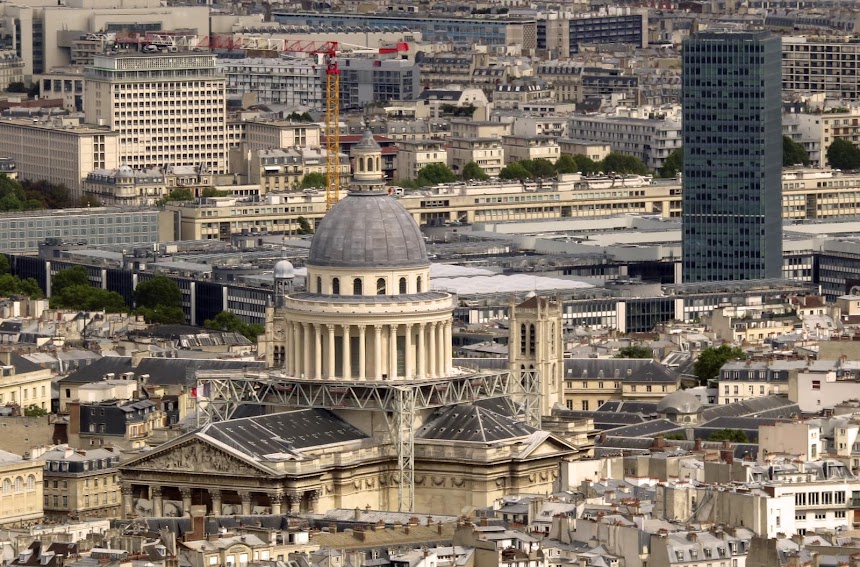 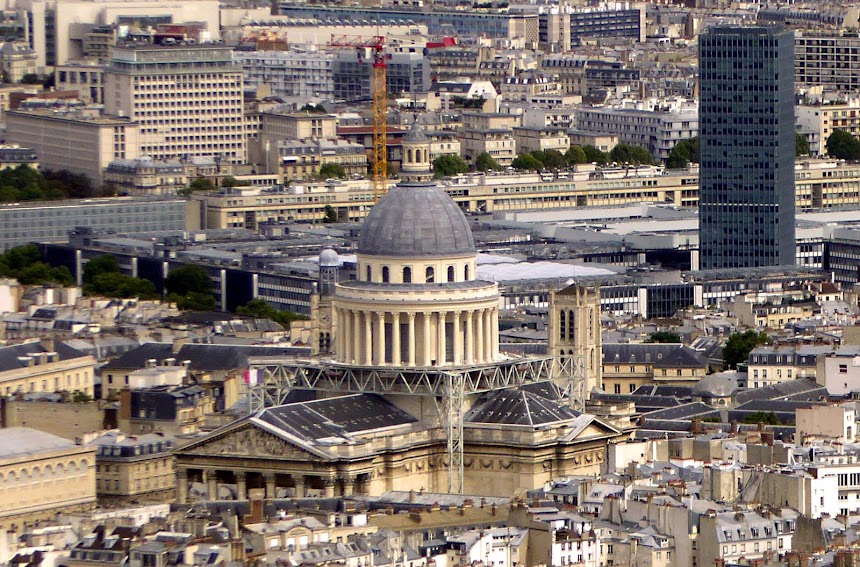 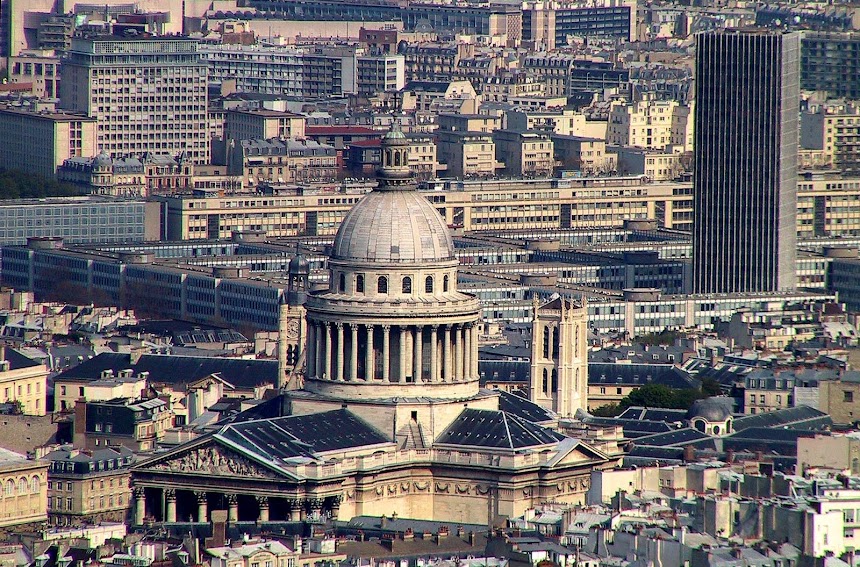 
In the photos, you see the Panthéon in Paris, with the modern Jussieu university complex in the background. The first two pictures were taken the same day with different cameras. The third was taken more than 13 years ago from the same vantage point. If you compare that one with the other two, you can see that the high-rise tower at Jussieu has been completely refaced recently. All three photos have been touched up in Photoshop. 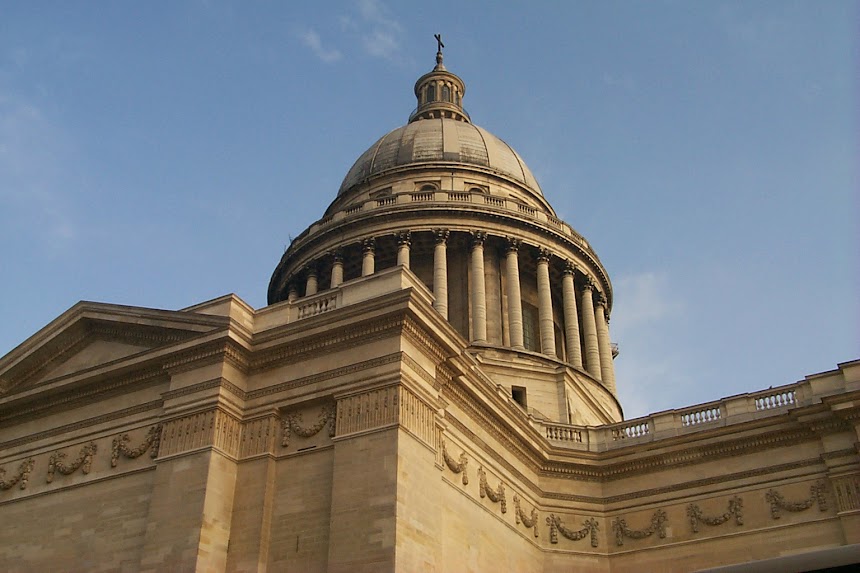 Here's another photo of the Panthéon, from a slightly different perspective. I took it in July 2000 with some digital camera I had back then — maybe a Kodak. Walt and I were on a short hop trip to Paris from San Francisco. This is a neighborhood (the Latin Quarter) that I have been tromping around in for 45 years now.
Posted by Ken Broadhurst at 07:35