Collard greens and tomatoes: we grew them...

...so we have to eat them. That means cooking them. Luckily, cooked collard greens freeze well, so you don't have to consume them all at harvest time. They can be canned as well, so keeping them to serve as a green vegetable over the winter is pretty easy. Nothing could be more "locavore" than a vegetable you grew in your own back yard garden. 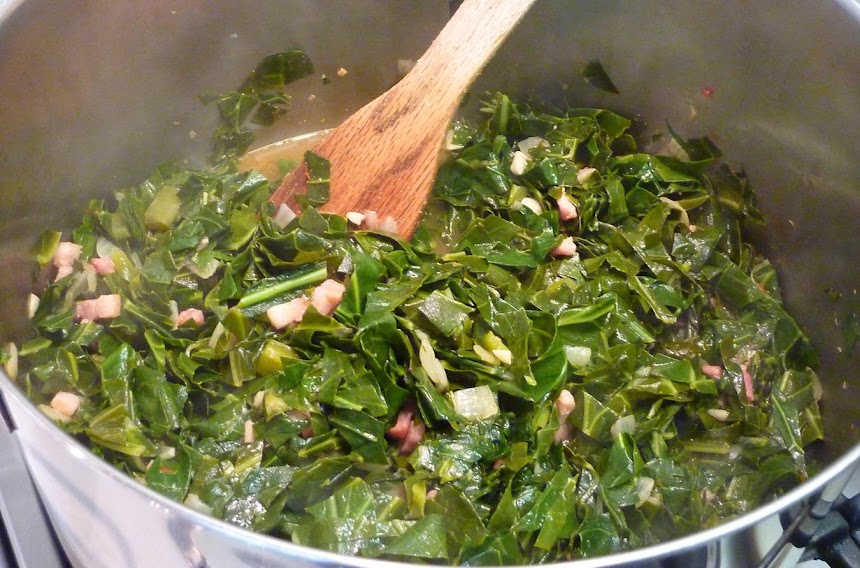 Doing my research, I found a couple of promising recipes for collard greens with tomatoes and garlic on the internet. The one that surprised me, and appealed to me the most, was Martha Stewart's. If you don't know who she is, you won't be as surprised as I was and as I'm sure other Americans will be to find out that she's cooking collard greens, tomatoes, and black-eyed peas. Martha Stewart and "soul food"... well, good for her. In her Wikipedia article I learned that she is of Polish extraction and was born in New Jersey. 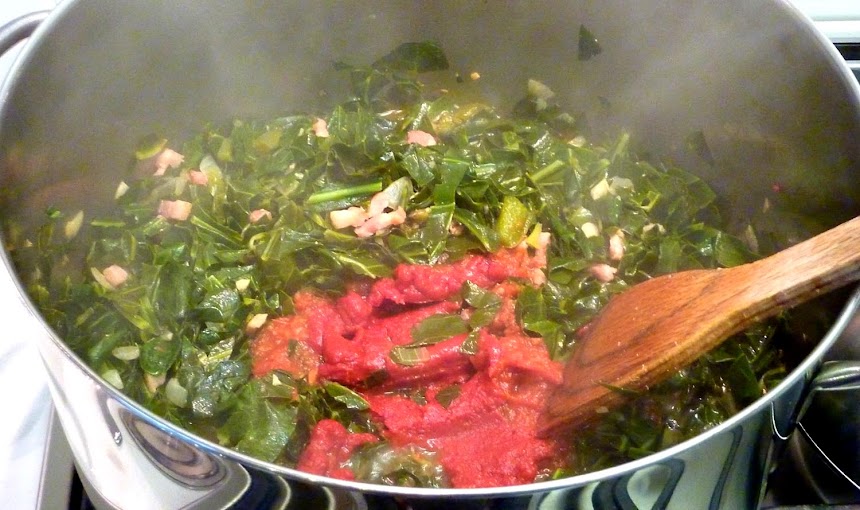 Another recipe I found was published years ago in Food and Wine magazine by a man named Hubert Des Marais, who says in the article that he grew up in North Carolina, as I did. He emphasizes the African roots of cooking collards with tomatoes and garlic. He doesn't add black-eyed peas to the dish, but those also have African origins. Des Marais says to cook the collard greens for 20 minutes, which is nowhere close to long enough. 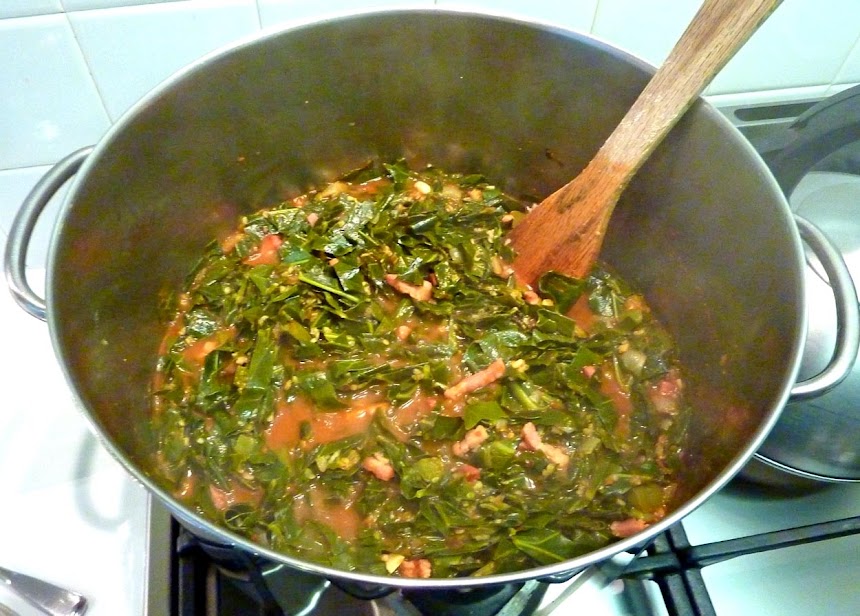 I adapted Martha Stewart's recipe for collards and tomatoes to fit the ingredients I had on hand. I didn't have a ham hock, but I did have some smoked pork lardons in the fridge. I added a green bell pepper from the garden, and a jalapeño pepper too. I could have used a can of tomatoes, but I also had some good tomato paste that Walt made with this year's tomato crop. And finally, I decided to use chickpeas in the recipe instead of black-eyed peas (they are easier to find). 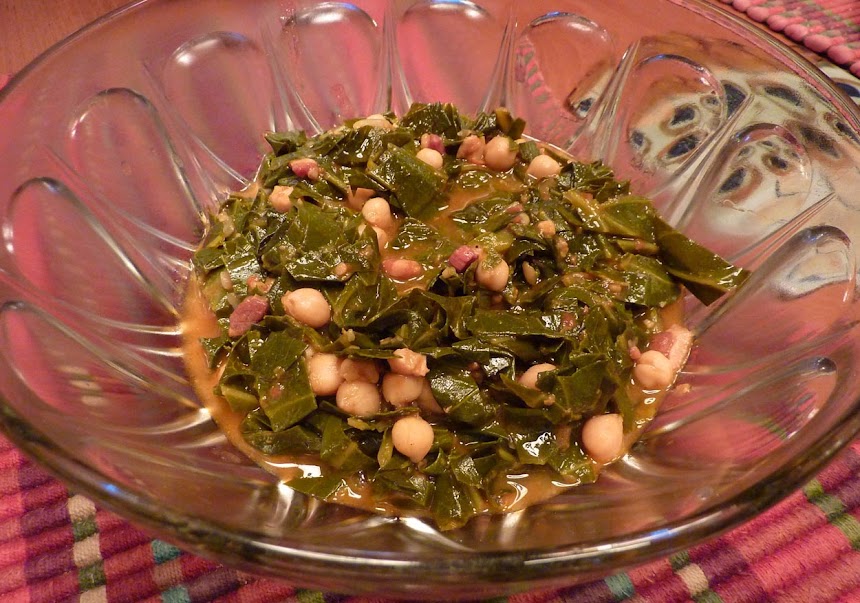 In a large pot, heat olive or other oil over medium heat.
Add onion, garlic, green pepper, jalapeño, and lardons to cook until onion softens,
about 4 minutes. (Leave out the meat if you don't want it.)

Add collard greens, cover, and cook until mostly wilted, about 10 minutes.
Uncover and cook, stirring, until completely wilted, another 5 to 10 minutes.
Add a few tablespoons of water or white wine.
Season to your taste with salt, black pepper, and the spices.

Add tomato paste and more water or wine, plus the vinegar.
Bring to a boil, and then reduce heat to a medium simmer.
Partially cover and cook, stirring occasionally, until greens are tender,
for 2 or as long as 4 or 5 hours, adding more liquid as needed.

Serve the collards as a one-dish meal with bread or rice, or as a side dish with meat.

Actually, it occurred to me yesterday that Walt makes a similar recipe using spinach, tomatoes, and chickpeas (thanks to Mitch and Gerry in Spain). That recipe, Espinacas con Garbanzos, inspired me to add cumin and smoked paprika to mine. By the way, if you add rice or millet to the pot when you cook the collard greens, you can toss it in raw or already cooked. It will have plenty of time to cook in the "pot liquor" even if you put it in raw. It will thicken the mixture slightly.
Posted by Ken Broadhurst at 07:30