I declare the preserved figs a success. Here's what I got. The figs are tender and moist and not really like candy. And they are sweet but not much sweeter than they were before I cooked them and let them macerate in sugar. The sugar syrup is of course, really sweet. (Jump to this post to see how the figs were processed.) 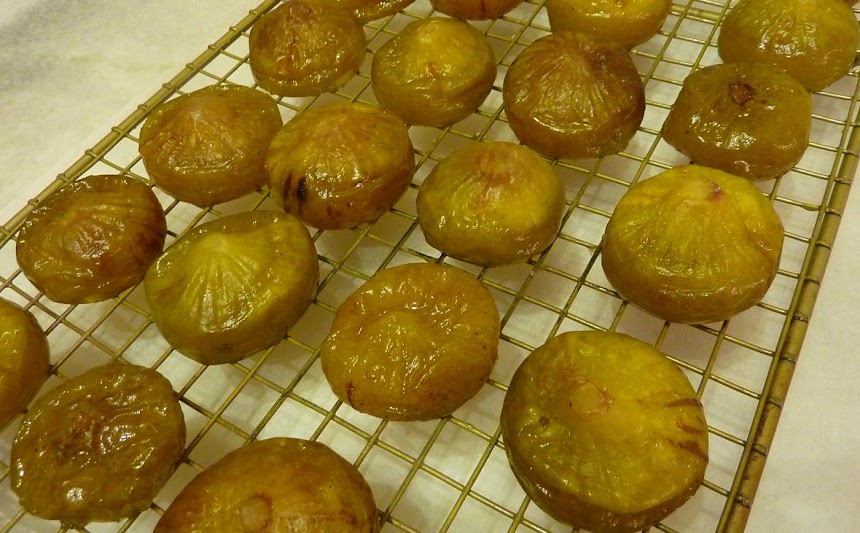 Now I have to figure out how to keep the figs. According to the method I followed, there are two choices: put them up like gelée or confiture in jars with the sugar syrup, or just put the preserved figs in a hermetically sealed jar. But it seems to me they might keep well in the freezer. I'll have to decide today. 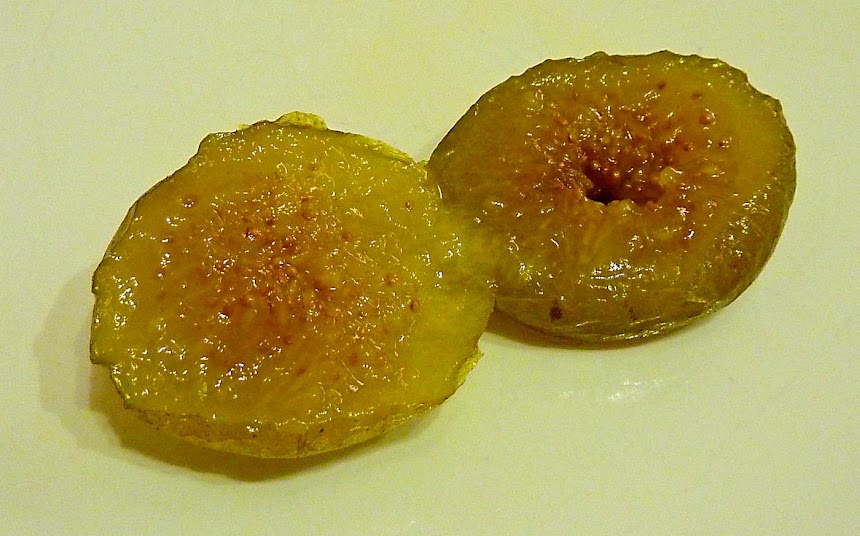 I cut one of the "candied" figs in half this morning to see what the inside looked like. Also, because after I cut it in half I then cut each half in half and ate two three pieces! For breakfast, you might say. That's how I know how sweet the preserved figs are. With foie gras, I think a few drops of balsamic or other vinegar would be good on them. 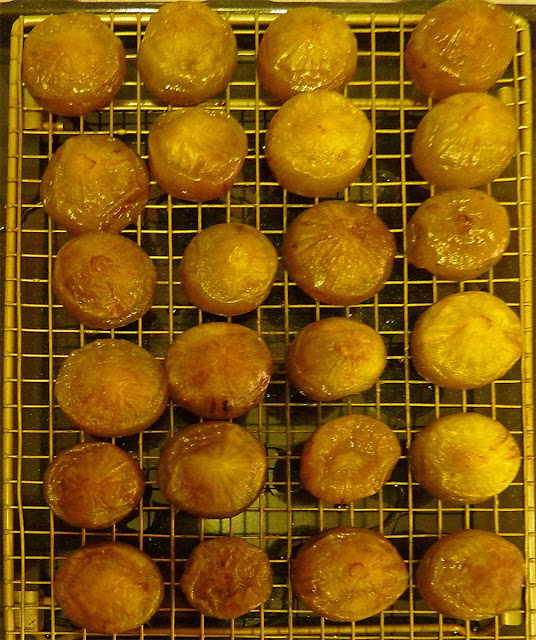 I took a third of the figs we were given and preserved them in sugar as figues confites. Walt took another third — the ripest ones — and made a tart, which we finished eating yesterday. The last third I turned into a compote. 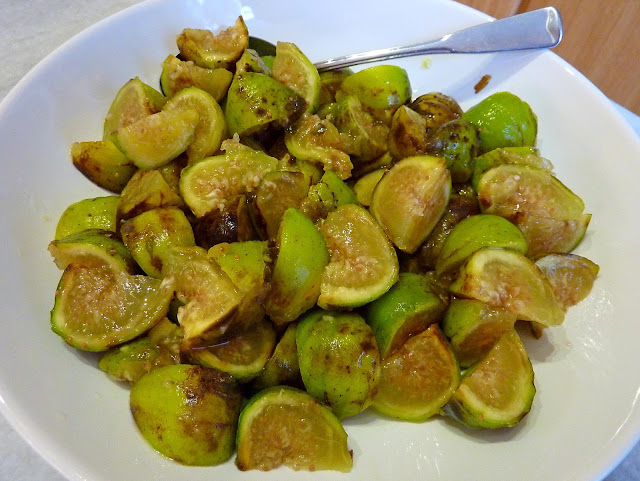 For about a pound of ripe figs, each of which I cut into six pieces, I added two generous tablespoons of honey and a couple of drops of vanilla extract. I also put in a splash or two of water and then I let the figs cook down on medium heat until they had the thick consistency I wanted. 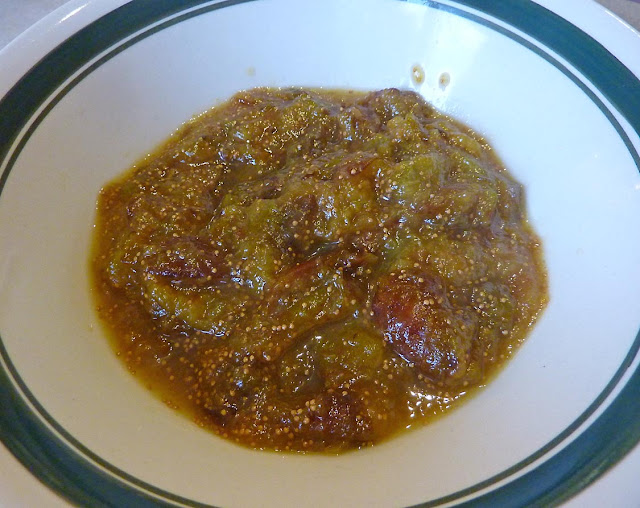 We'll eat the compote mostly with yogurt or French fromage blanc (a similar dairy product). I'm just going to keep the fig compote in a jar in the fridge until it is gone rather than trying to put it up the way you would jelly or jam. I don't think it is going to last all that long.
Posted by Ken Broadhurst at 07:30