Different flour, more water, less yeast, and a longer rising time went into making my latest bread. As I've said, our bread delivery woman is on vacation this week, so we are fending for ourselves. We eat bread nearly every day, and I don't want to have to take the car out every morning to find fresh bread this week. 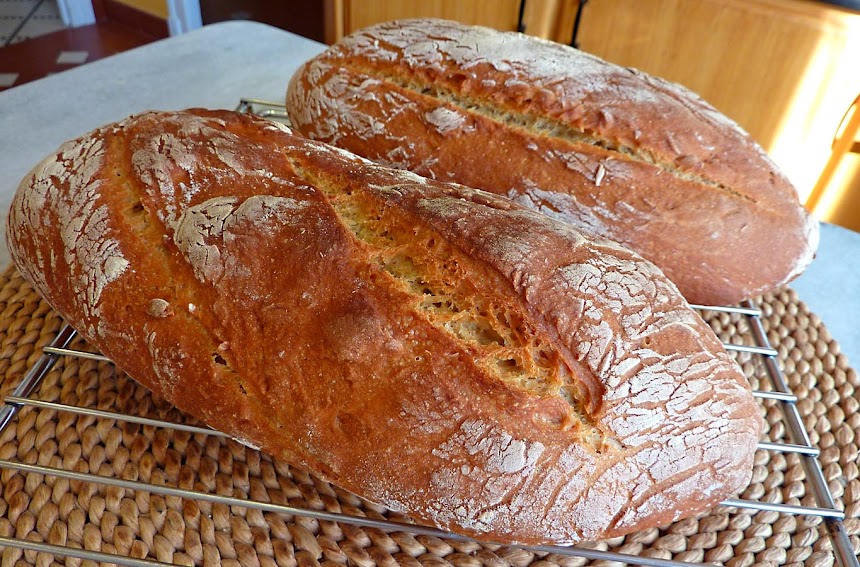 Longer rising time: I decided to try letting the bread dough rise for 18 hours this time, compared to less than two hours for last week's loaf. I wondered what that would do to the texture of la mie — dictionary definition of mie : la partie molle qui est à l'intérieur du pain (opposé à croûte). Too bad we don't have a better word in English for that soft part of the bread. One term is "crumb" but that's not too exciting or appetizing. It's definitely just a technical term. 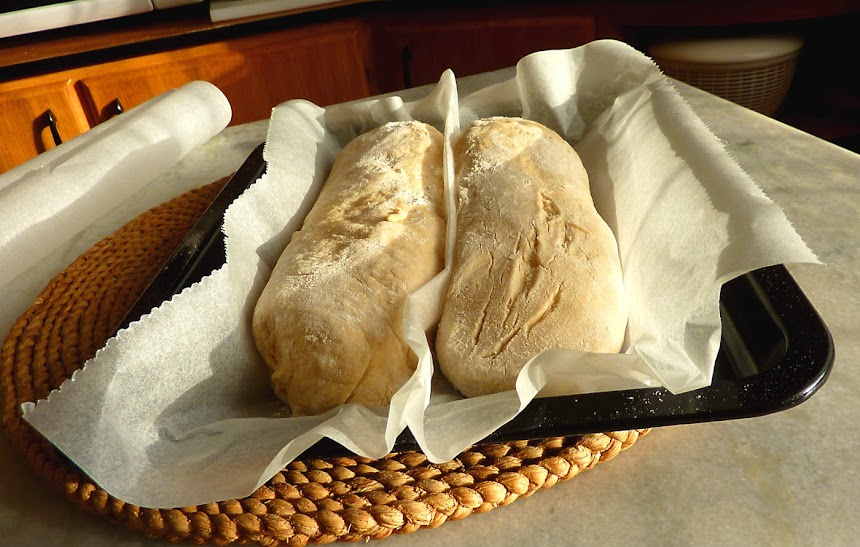 Be that as it may, I'm not sure my experiment was conclusive, since I changed too many variables compared to that other loaf of what we'd call "French bread" that I made last week. Different flour: this time I used mostly a hard wheat flour (farine de blé dur) produced by a mill up near Blois and Chambord on the Loire River, 30 miles north of Saint-Aignan. It's organic. And I supplemented it with some of our ordinary, everyday flour from the supermarket, to the tune of 150 grams mixed into 350 grams of organic flour. 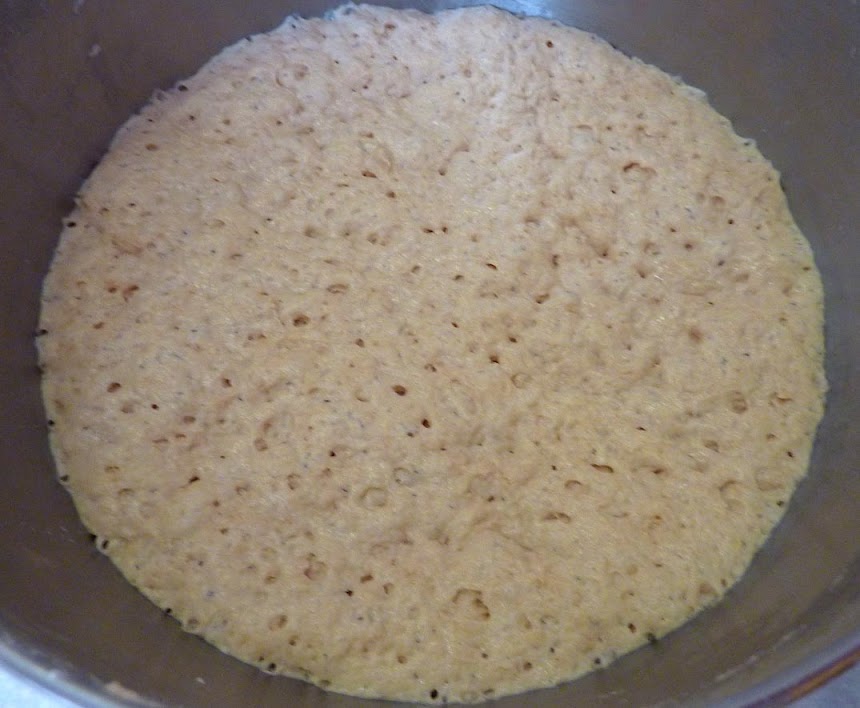 I put in just 4 grams of yeast. You don't need to put in as much yeast when you plan to give the dough an extra-long rise. The little yeast organisms will multiply over the hours and be sufficient to do the job. And now I know why in French they use the term fermentation for what we call letting the dough rise. When I took the lid off the bowl yesterday morning to see how it was going after 12 hours, the smell was definitely alcoholic, almost like wine that was turning bad. It wasn't unpleasant, but the odor was very noticeable.

And more water: I wanted to make a softer dough. I increased the amount of water from 300 milliliters to about 350. That meant the dough was slightly sticky and I had to add more flour when I finally took the dough out to shape it into loaves, just to keep it from sticking to my hand and the work surface. Then I let the shaped loaves rise for another hour or so. They were sort of flat but they really puffed up in the oven. Because of the extra water and the long rise, the dough needs little or no kneading, just the initial mixing.

I ended up making two loaves rather than just one. They were sort of short and fat, which is a style of bread called un bâtard that you don't see much these days — at least not around these parts. Maybe they still make and sell such "bastard" loaves in Paris. It's called a bâtard because it's the same weight as a skinny baguette and shorter than, but with the girth of, what is called simply un pain — a bread. 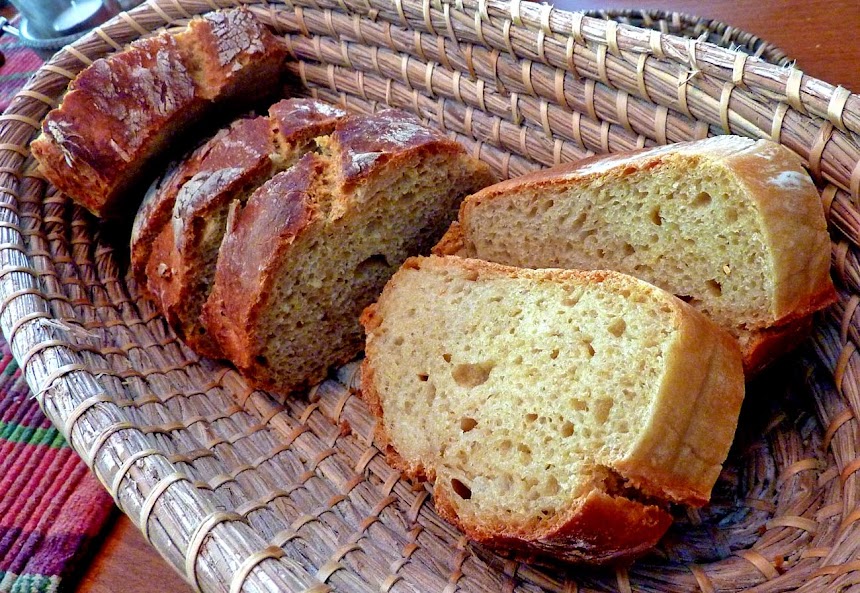 I didn't bake my bâtards on a stone but just on a pan lined with kitchen paper and in a hot oven. The baking took nearly 40 minutes, and I set a shallow pan of water on a rack under the baking pan to make steam. The resulting crust was hard but not too hard, and the cooked loaves sounded hollow when we tapped on them. The mie of the bread was fairly dense still, but not as dense as the mie of the earlier loaf. It was also sort of moelleux (tender, "mellow") and not dry at all. I guess that was because of the flours I used.
Posted by Ken Broadhurst at 07:00