There's not much left of the vegetable garden these days. It's time to go and pull out the wilted and rotting squash vines. That means gathering a dozen or more winter squashes and putting them in cold storage. We'll enjoy them until next summer. Walt has already made one "pumpkin" pie this fall. 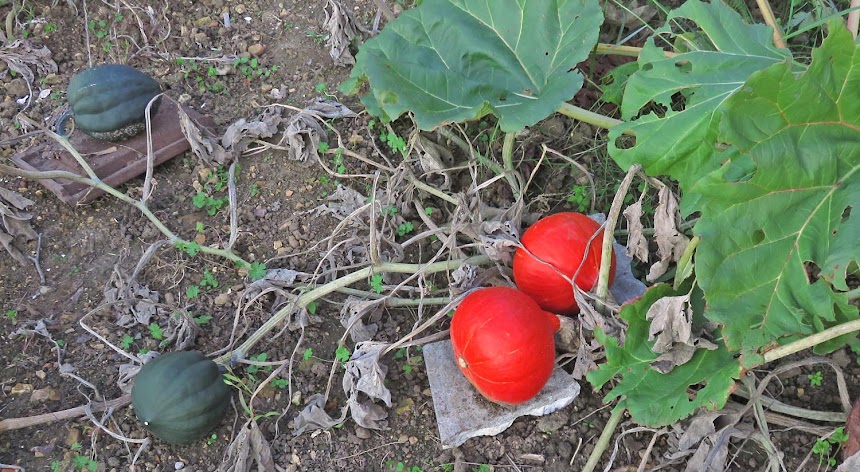 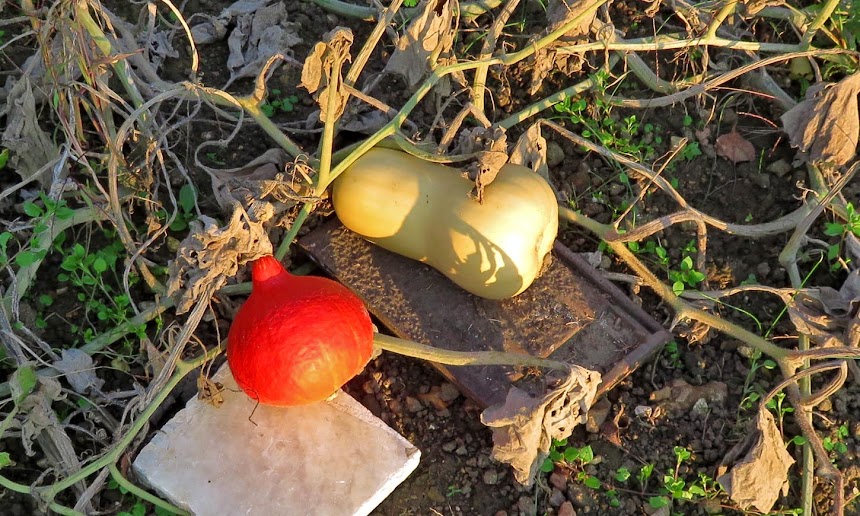 We have a lot of acorn squashes, a good number of what they call potimarrons (the little orange pumpkins) in France, and a few butternut squashes. We also have half a dozen gigantic zucchinis, which our British friends call "marrows". They are good stuffed and baked, but we have eaten our fill of them since summer, so these will just go into the compost. 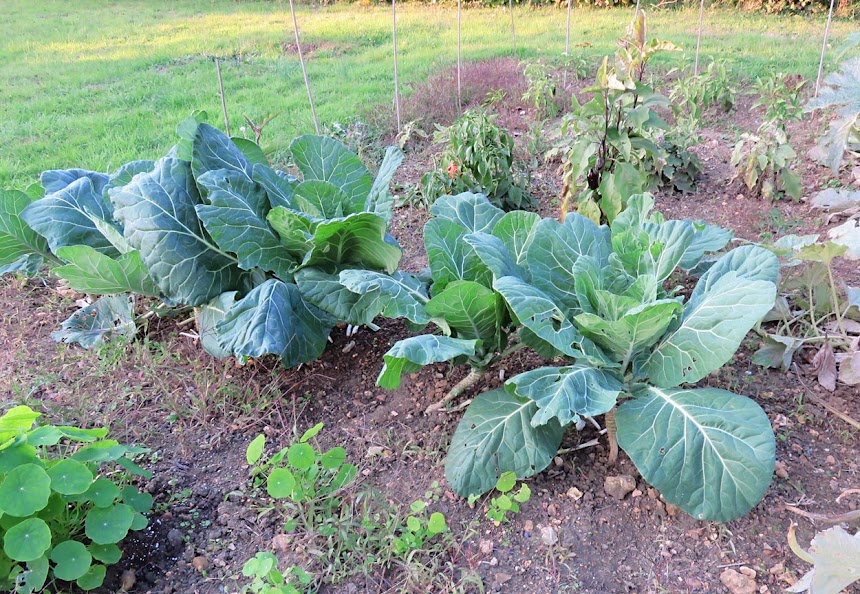 It's pretty cold this morning. In theory, the cold temperatures are good for the squashes, and for my collard greens (above), bringing out their natural sweetness. I'll see when I go out with the dog in an hour of so whether there is actually any frost on the ground. Today, a slight warming trend is supposed to set in, with temperatures in the high 50s and low 60s next week. 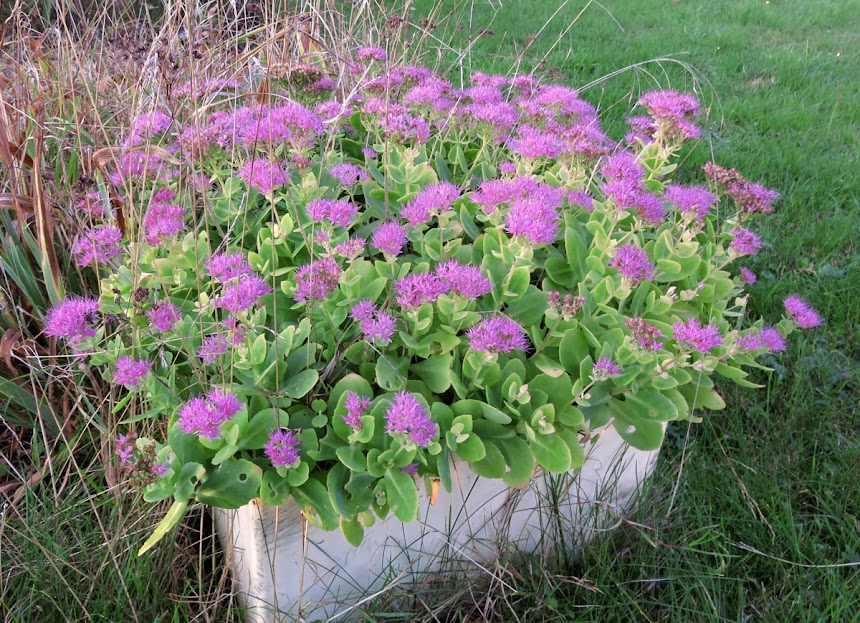 The photo above shows a sedum plant that I've had in a big planter box for 10 years now. It sits out by the garden shed. It doesn't start flowering until September, but when it finally does it looks pretty nice. Its French name seems to be sédum remarquable, and the English name "showy stonecrop" (Hylotelephium spectabile).
Posted by Ken Broadhurst at 07:00