Two blog anniversary pies — one sweet and one savory

Walt and I both started blogging toward the end of October in 2005. He "discovered" the Blogger software on the Internet back then and showed it to me, so he got a short head start on my efforts. All that means that 10 years have passed since we started our blogs, and neither of us intends to quit any time soon. 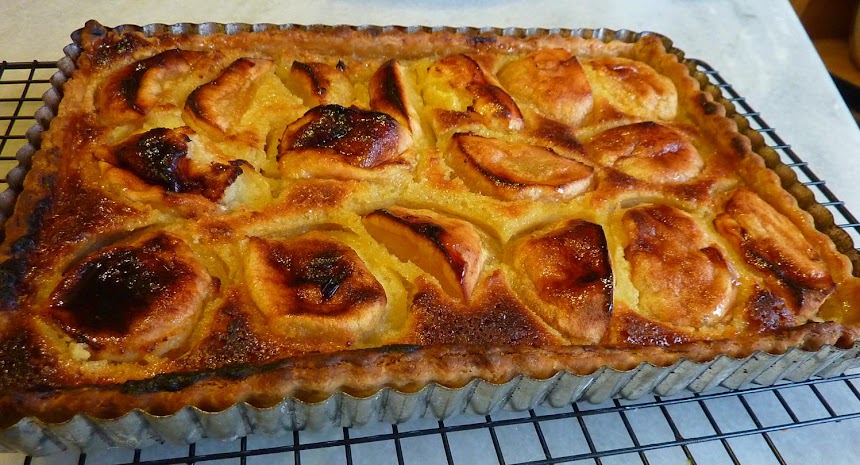 Yesterday we ended up making two pies that I am declaring to be "blogiversary" treats, using ingredients that we had on hand. Walt made the pie (or tart) above, which is called une amandine aux pommes. It's apples set in a kind of custard made with eggs, sugar, and almond powder (ground almonds). Here are some examples and recipes that I see on Walt's blog.

Earlier in the day, I made what in the U.S. is called a tamale pie. If you don't know, tamales are a Mexican specialty consisting of sort of a creamy cooked masa harina dumpling (made with corn flour or meal, not corn starch or fécule de maïs) filled with seasoned meat (usually pork), beans, or cheese — or a combination of all three — and wrapped in a corn husk or banana leaf. Above is a cross-section photo I took of my tamale pie after it cooled down and firmed up. Below is what it looked like when it was hot out of the oven (there was a little bit of grated cheese scattered on top). 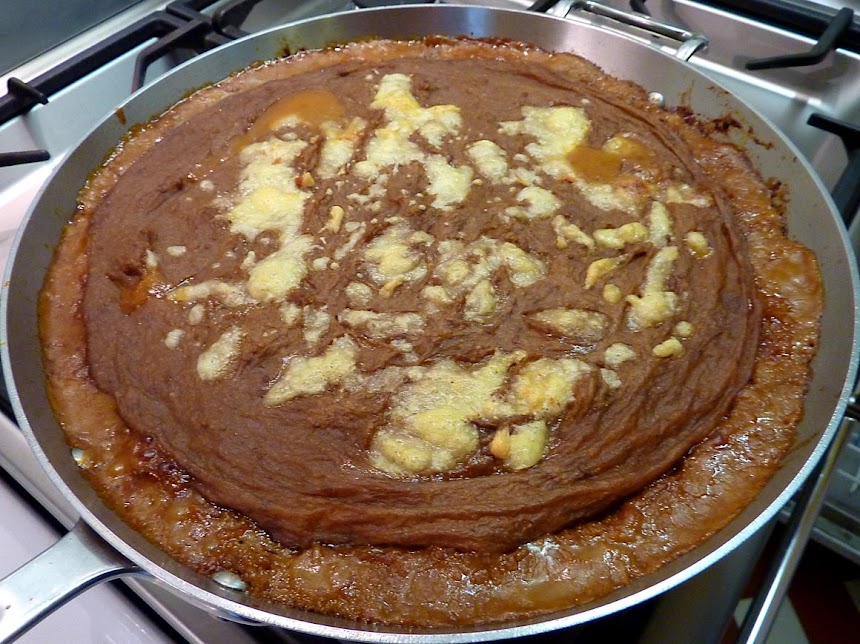 If you can't get banana leaves or corn husks to wrap your tamales in, you can make a tamale pie (recipe) with the same kind of ingredients. If you can't get masa harina, a Mexican product, you can make the tamale pie using polenta or cornbread batter. The pie consists of a layer of seasoned meat and vegetables spiced with chili powder and cumin, covered with a layer of grated cheese, and topped with a layer of cooked masa or polenta, or cornbread batter, and then baked in the oven. It's sort of a Mexican cottage pie or hachis parmentier. 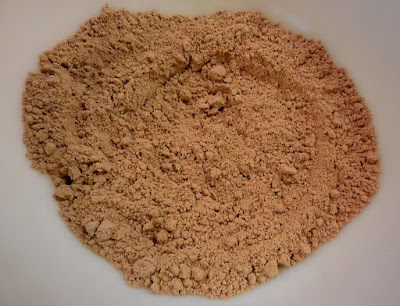 You might not recognize, either, the powdery substance on the left. It will explain why the polenta I made to go on top of the tamale pie is brown rather than yellow. This is what is called gaudes in the Franche-Comté region of France. Gaudes is cornmeal made from corn that has first been grilled and charred. The result is cornmeal that has a nice smoky flavor. I happened to have a bag of gaudes on hand — where I got it is a long story that I told here. Thanks to CHM for first telling me about gaudes. 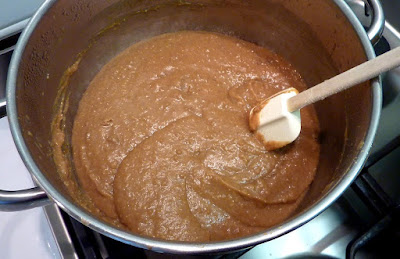 You cook gaudes the way you cook polenta meal. Bring to a boil, as I did, 1.6 liters of salted water and slowly pour in, stirring constantly as you go, 400 milliliters of gaudes. (The standard proportions for cooking grits or polenta call for 4 times the amount of liquid as of cornmeal.) The resulting polenta (porridge, or gruel) using gaudes is smoky-tasting. That is exactly the flavor you want in a tamale or tamale pie, which is usually made with smoky-tasting barbecued meat. 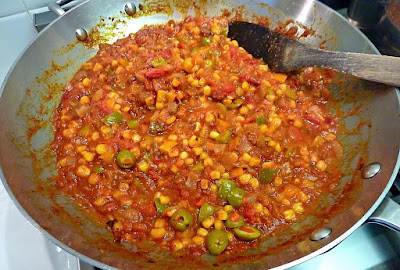 For the tomato-flavored, spicy meat and vegetable mixture that is the basis of the tamale pie, I followed Elise's Simply Recipes method (link above) as closely as I could. I had a can of sweet corn, a fresh green bell pepper, and tomatoes and tomato paste from our 2015 crop. Elise calls for adding sliced olives and raisins to the mixture, so I did, and that turned out to be very good. What I didn't do was top the mixture with raw cornbread batter and then let it bake in the oven. I cooked the gaudes into porridge, spooned it over the other ingredients, and let it dry out in a hot oven to form a crust. 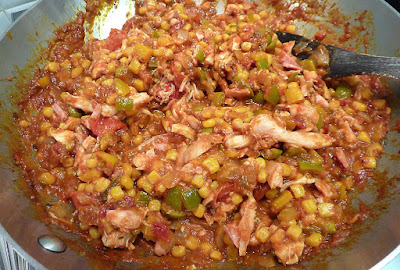 The other thing I did slightly differently was to use chicken instead of pork in my tamale pie. I happened to have half of a smoked chicken left over from Saturday's lunch. (Actually, it was all planned.) Fresh cooked chicken or turkey would work as well, or beef, pork, or lamb. The main thing is to put in plenty of chili powder or other hot pepper (or maybe smoked paprika) and a lot of cumin so that the spiciness of the meat and vegetables will counterbalance the blandness of the polenta or cornbread topping. Don't plan on slicing the tamale pie while it is hot. Just spoon it onto your plate at the table.