Saturday morning, Walt went to the outdoor market in Saint-Aignan and bought a kilogram of cockles, called « coques » in France. He wanted to cook eat them with linguine, garlic, white wine, and olive oil. You can do the same with clams (palourdes or praires), but cockles are less expensive (in France, anyway) and just as good. 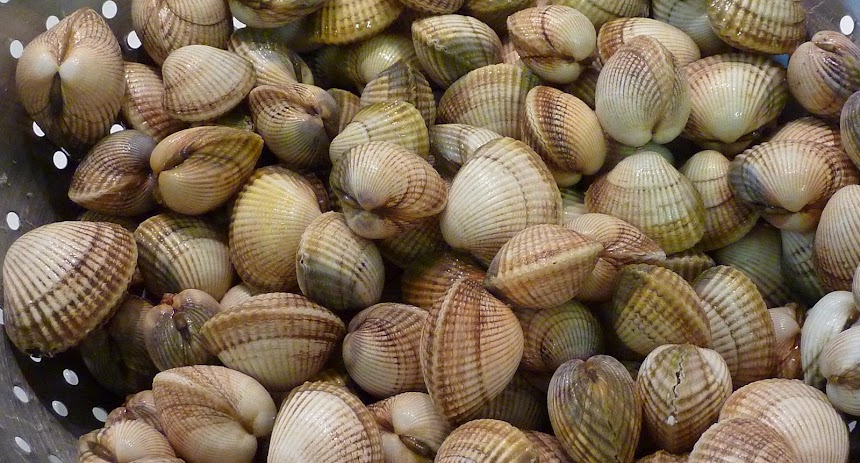 We kept the little cockles in the refrigerator for more than 24 hours. I assume they had been out of the water for at least 24 hours before Walt brought them home. The people who run the fish stand at the market drive to Saint-Aignan every Saturday morning from a town on the Atlantic coast, four hours distant, between La Rochelle and Bordeaux. Part of preparing cockles or clams is purging them in clean salted water so that they will expel any sand they contain. Here's a one-minute video showing what happened when I put them in the water bath.


I read on the Internet that ocean water contains 35 grams of salt per liter, so that's the mixture I made up to wash and purge the cockles in. They went wild, if cockles can do such a thing, sticking their feet out of their shells, "dancing" around in the water, and releasing a lot of air bubbles as well as a certain quantity of sand. I added a tablespoon of semolina to the water to give them something to feed on.

And they were delicious cooked in olive oil with garlic and white wine. There's no need to salt them, but a good amount of black pepper and hot red pepper flakes is called for. Cook the cockles first, covering the pan so that they will steam through. As soon as the shells open up, the cockles are done. 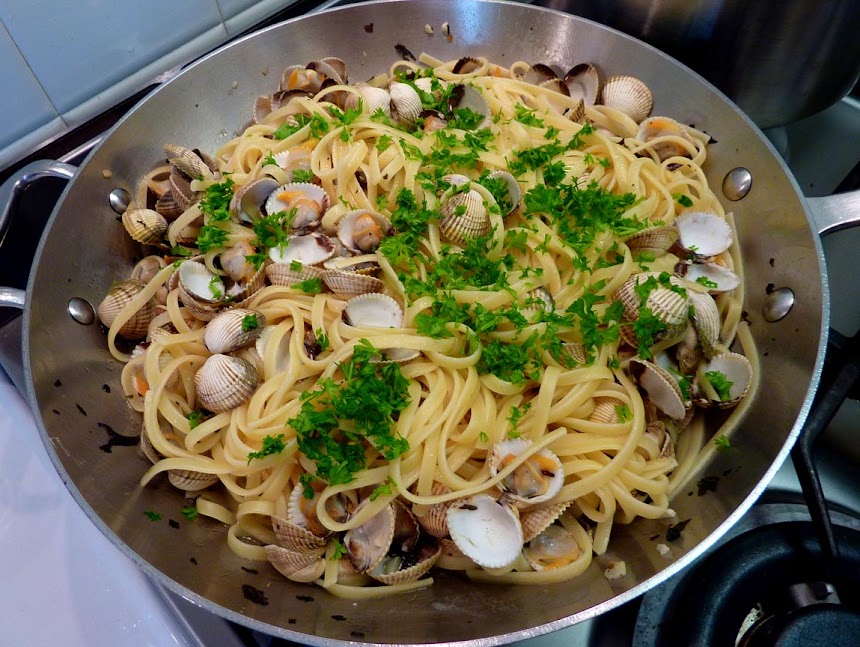 Put some linguine or spaghetti on to cook before you put the cockles in the pan, and as soon as they coques are opened use a pasta server to transfer the slightly al dente pasta into the pan with the cockles. Stir it around and the pasta will start absorbing the cooking liquid and become flavorful. Add a lump of butter to the pan if you want, for richness, and some chopped fresh herbs like parsley or basil. Most of the cockles will fall out of their shells, and you can eat the ones that don't with your fingers.
Posted by Ken Broadhurst at 11:13