There's a really nice open-air market in the 7th arrondissement of Paris on the Avenue de Saxe. You can see the tree-lined avenue toward the bottom left of the image below. In the far lower left corner, you see the Place de Breteuil with its monumental statue of Louis Pasteur. 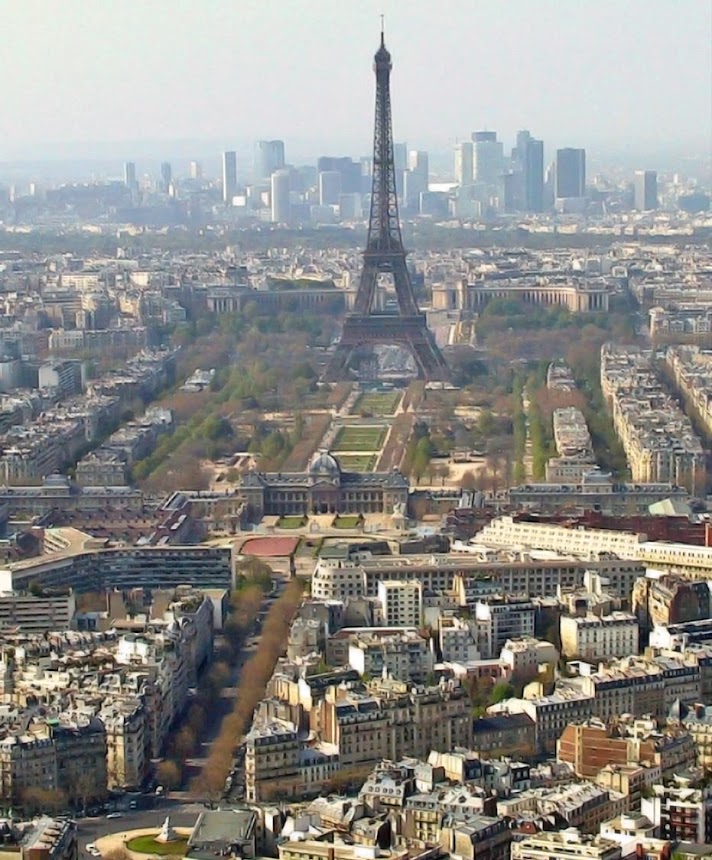 The building toward in the middle of the image above, and at the very top of the image below, is the Ecole Militaire, the French military college. The big modern structure nearby is the UNESCO headquarters building. The Marché de l'Avenue de Saxe sets up on the avenue running up from the Place de Breteuil toward UNESCO. 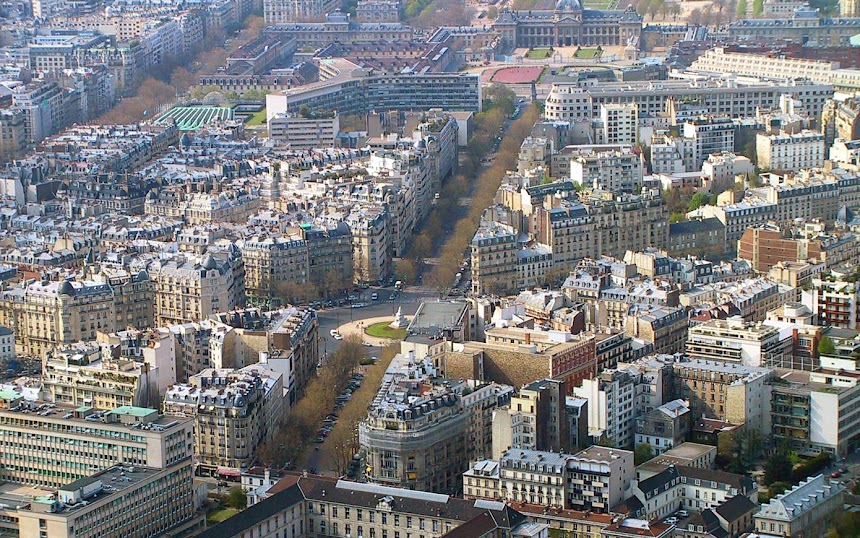 Below is a zoomed-in shot of the Pasteur statue in the middle of the Place de Breteuil. On the median that runs down the middle of the Avenue de Saxe, you can see the metal structures and (rolled-up) red and blue tarps that are set up to provide shelter for the market's vendors and customers on Thursdays and Saturdays. 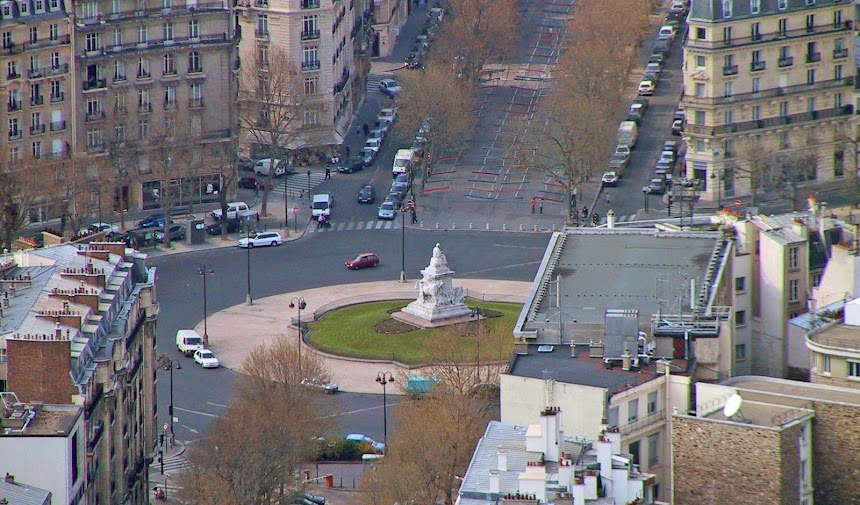 And here's a close-in shot of the Ecole Militaire, with the Champ de Mars parade ground, now a big public park full of people in good weather, that runs up to the Eiffel Tower and the Seine. 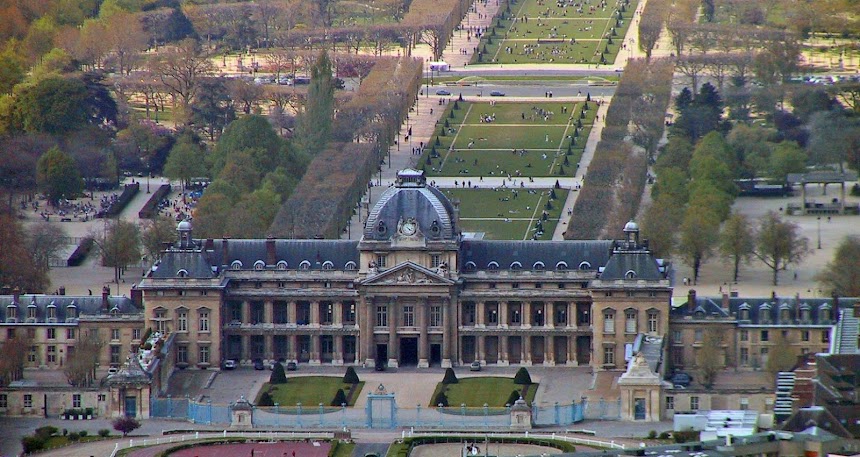 I never lived in this part of Paris, but CHM does, so I've spent a lot of time in the area over the past 15 years.

Meanwhile, here in Saint-Aignan we are preparing for winter. A couple of weeks ago, I sent an e-mail to the man who sweeps our fireplace chimney every year, as required by insurance. He didn't answer. Finally yesterday I sent a follow-up message and he did, with an apology saying he hadn't seen the first message. He's coming to clean the wood-burning stove and chimney tomorrow.

Last week Walt called the man who runs the gardening service that takes care of pruning our long tall laurel hedge every autumn. He called back a couple of days later to say we are on his radar and he will give us a couple of days' notice before he sends out his crew.

And finally, I called the company that is supposed to install our new boiler before winter arrives. They said we are getting the manufacturer's latest and greatest model, and it has been a little late shipping from the factory. It should come in by next week. Meantime, they are going to send out a technician to tinker with our old boiler and refill it with water so that we can use it in case the weather turns cold sooner rather than later. We had emptied the boiler and the whole heating system so that we could take down a couple of big radiators this past summer for re-painting.

And as I've said, we've made good progress on cleaning up the summer's vegetable garden. The only plants left out there are winter squashes. So it goes... another season ends in a cloud of dust field of mud.
Posted by Ken Broadhurst at 07:35