The wind started blowing at about two this morning. Or at least that's when it woke me up. After that, there was no going back to sleep. I just lay there listening, and watching the huge trees on the other side of the window glass sway and swing when the gusts were strong. It didn't rain much, and the moon was shining brightly, its light making the swaying, bending limbs of the big trees that much more visible.

Looking at this roof, you can see how wet it has been this winter.
There were a few lulls, and each time the wind calmed down I thought the storm might be over. "Think again," answered Nature. Strong gusts continued until five o'clock, when I must have fallen asleep again. The wind is still blowing now at 7:20, but it doesn't seem to be making as much noise now. Maybe that's because I'm downstairs and I have the TV on. At least we didn't lose power. 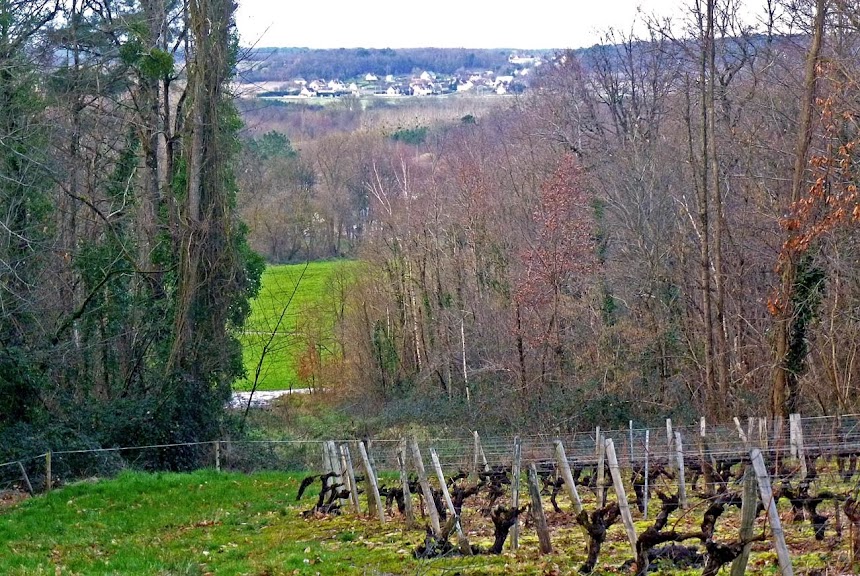 Not every day is wet, though most are. Here's where a utility pole used to stand. I assume this break in the woods will now fill in with new trees over the next few years.
It's still dark and Walt closed all the shutters late yesterday afternoon, so I haven't been able to look outside to assess the situation. I wouldn't be surprised if we lost some limbs. That big old apple tree out back is pretty fragile. In an hour or so, I'll take Callie out for a her walk in the vineyard. At least out there, there aren't any trees or limbs that can fall on us, as long as we stay on the gravel road. 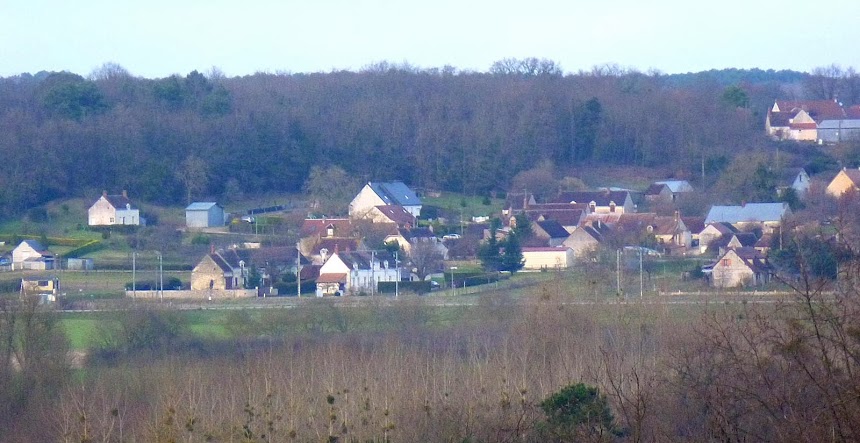 Looking out across the river valley (same viewpoint as above)
The storm was supposed to be worse to the east and north of us, especially in Brittany, Normandy, and even in the Paris area. I'm waiting for reports on the 7:30 news. Brittany, especially, has been really hammered over the past few weeks, with one storm after another bringing damaging winds, extensive flooding, and huge "submersive" waves along the coast. Today's storm will have disturbed southern England too.
Posted by Ken Broadhurst at 07:45