As I wrote in a comment on yesterday's post, the Brandt repairman told is it would cost more to repair our nearly six-year-old stove than it would cost to buy a new one. I have one word to say: Merde ! Problem is, all I can do is moan. And buy a new stove.
It wasn't just the plaque électrique that had stopped working. The oven fan was making a squeaking noise. Over the last couple of years, the computer chip that controls the oven temperature and different cooking modes has been crashing more and more frequently, requiring a time-consuming reset each time. Both of those last two problems were just going to get worse over time, the Brandt man said. 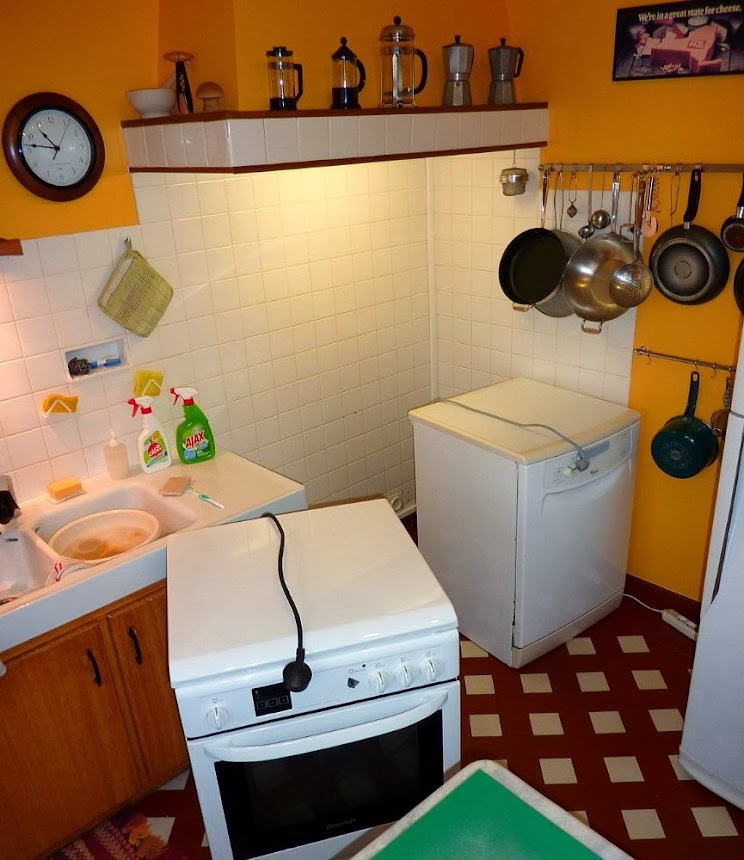 Oh well, it was a great opportunity to get some deep cleaning done.
I've heard consumer advocates on French radio say that today's kitchen appliances are designed to last about 10 years — as Chrissoup said in her comment yesterday. That means we have a refrigerator, a washing machine, and a dishwasher that will soon need replacing. The freezer downstairs is 8 going on 9 years old. In the case of the stove, it has lasted only 6 years. I know we gave it heavy-duty use, but really... je répète : merde ! Vous trouvez ça normal, vous ?
Posted by Ken Broadhurst at 07:00