Somebody mentioned Sky News to me last week, so I went looking for it among the hundreds of TV channels we get through our satellite dish. I found it on channel 409 — it had been moved from the channel where I used to watch it. Sky News is interesting because its focus is British news, as opposed to the international coverage you get on CNN (the London feed) and BBC World. 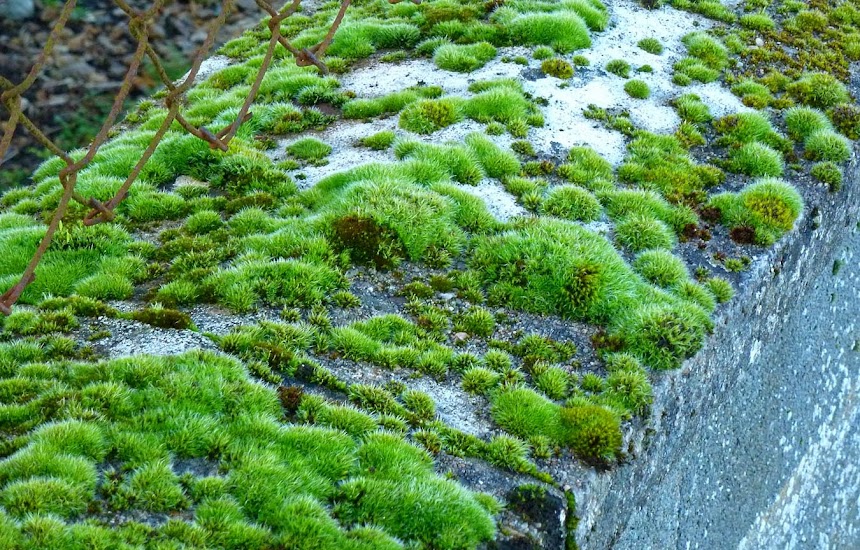 Moss loves this wet weather and the bright green of it is at least colorful.


What a mess everything is over there on the other side of the Channel. The southwestern part of the country is under water, a little like Brittany is, here is France. The two regions are separated only by about 150 miles of seawater. Winds have produced damaging surf, and storm clouds have dumped heavy rains, causing extensive flooding on both sides. 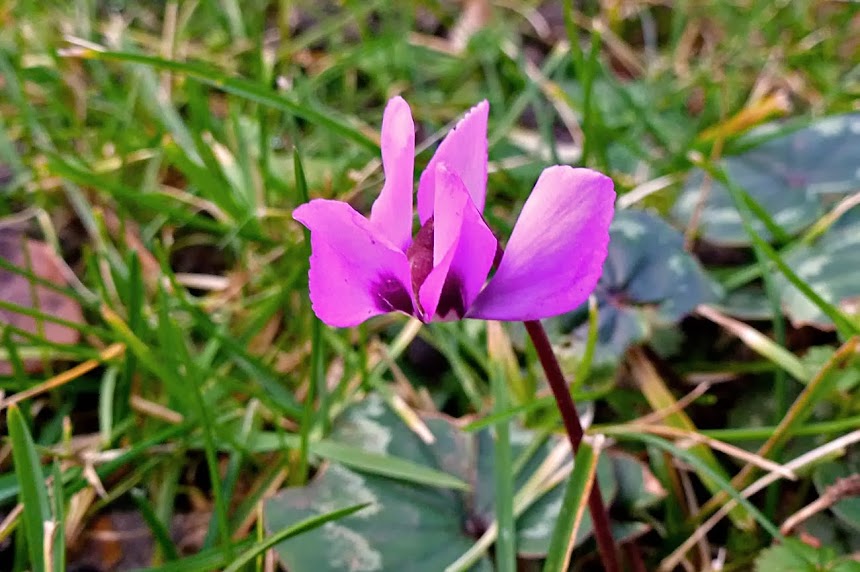 So we can't complain. Yesterday we had the classic early spring rain squalls called « giboulées » all day long. It was blustery and cold, and at least a couple of times during the day the rain turned into sleet — ice pellets, in other words, that melted as they hit the skylight windows and the ground. 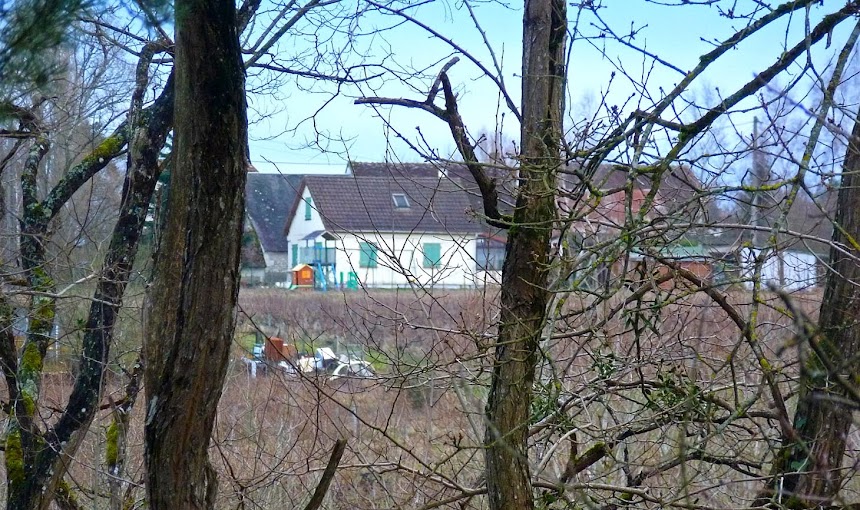 In winter, the bare tree limbs allow us glimpses of the houses over on the next ridge south of us.


These icy rain squalls are the kind of weather often associated with the month of March in the northern half of France. They've come early. We've been having them since Christmas, or even before. The only really cold weather we've had this winter was back in early December. If we're lucky, conditions in March might be April-like (I am a foolish optimist...). 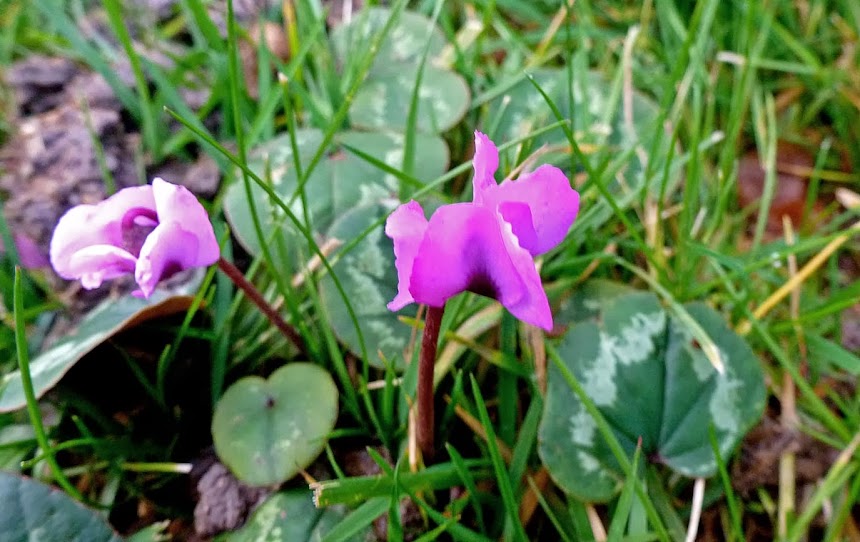 The cyclamens are blooming in our back yard, as you can see from the photos here. They come up spontaneously every year in late January or early Febuary. The flowers as small, but they're bright pink and sometimes there are hundreds of them in bloom at the same time.
Posted by Ken Broadhurst at 07:40