A broken stove and a butterflied chicken

We are waiting for a repairman this morning. Our cooking stove is on the blink. Talk about an emergency!


Actually, our stove is what is called « une cuisinière mixte » in French — it is equipped with three gas burners and one electric burner. That's handy when we have a power outage, because we can still cook and boil water on the gas burners. The electric burner, however, is very good for simmering and slow cooking. I probably use it more than any other burner in my everyday cooking.


It's the electric burner that's giving us a problem. All of a sudden, last week, when I turned it on, the whole house went dark. Computers crashed and we groaned, knowing that we'd have to spend time resetting a bunch of digital clocks in different rooms. At first I thought it was a coincidence that the electricity went off just as I turned the knob on the stove and that we had had a generalized power outage at that moment. Alas, it wasn't that. Turning the switch on the stove had caused our main circuit breaker down in the utility room to trip. 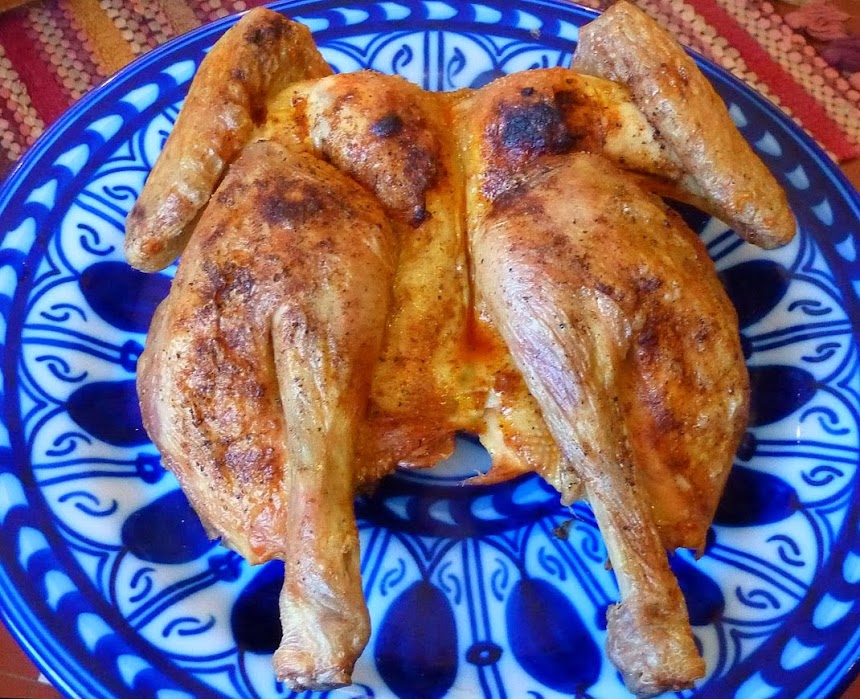 Instead of roasting yesterday's chicken on the spit in the oven, I butterflied it and roasted it
on a rack in an oven pan over a little boiling chicken broth.


The stove, a Brandt model that we bought in 2008, also has an electric oven. The oven, happily, kept working normally. We thought we'd probably end up buying a new stove, while continuing to use this one as long as we needed to without the plaque electrique. Then I started looking at the cuisinières available from Darty, Boulanger, Amazon.fr, and other major vendors. I couldn't find one that had combination of features that the Brandt stove has, at a reasonable price. The Brandt, for example, has a rotisserie (un tourne-broche) that we really like to use for roasting poultry, and it has a pyrolyse oven-cleaning cycle that's very effective, along with the mix of heating elements. 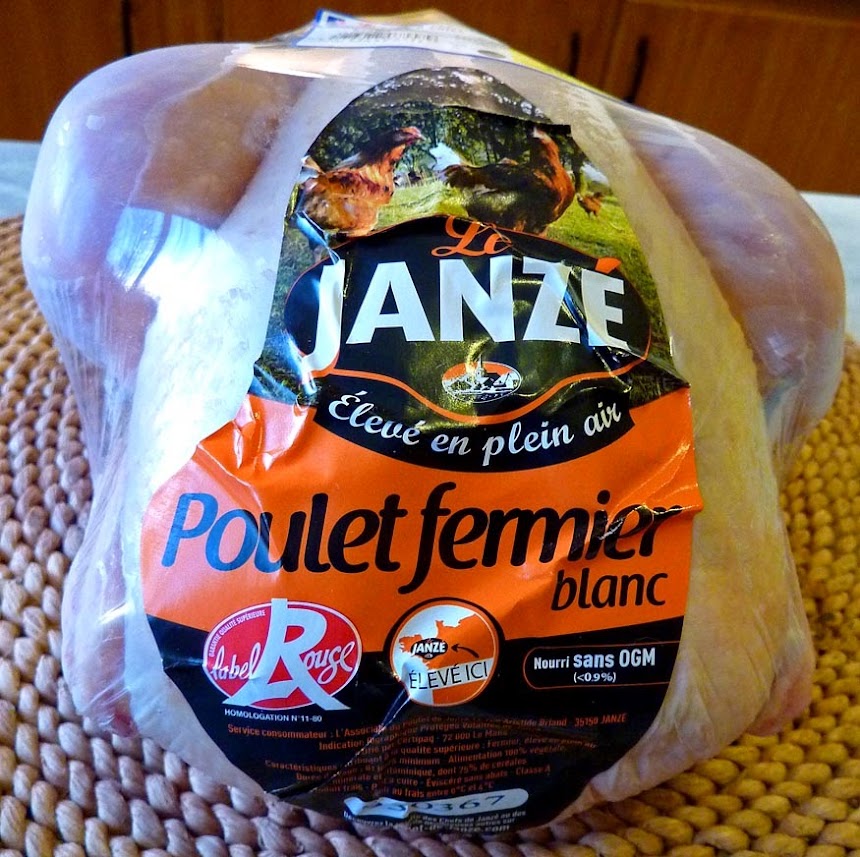 The chicken was a farm-raised, Label Rouge, bird from Brittany, and it was delicious. It'll be cold chicken for lunch today.


So I called the Brandt help line. I explained the problem. The woman on the phone said she could send a repairman out in about 10 days to fix it — for a price, of course, but it will cost less than buying a new stove. We are optimistic the man will show up this morning and will have on his truck the new part that he'll surely need to make the electric burner work again. Meanwhile, this will be a good chance to pull the stove out from the wall and clean well under and behind it. Maybe we'll get another five or six years of good service out of it.
Posted by Ken Broadhurst at 07:30