This is supposed to be a blog about what it's like to pick up and move to the Loire Valley, and to live here year-round, so bear with me. I know you're all tired of hearing about it. It's pouring rain again this morning, and it's supposed to rain most of the day. It started last night — late afternoon, really — just as I was coming back from my walk in the vineyard with the dog.


Roland, a man of un certain âge who lives in the village and does all kinds of gardening work for several of our neighbors, was back, cutting down a tree and stacking logs to be used one day, I assume, as firewood. He was packing up to leave as I was hurrying home, because big fat raindrops were splatting all around. 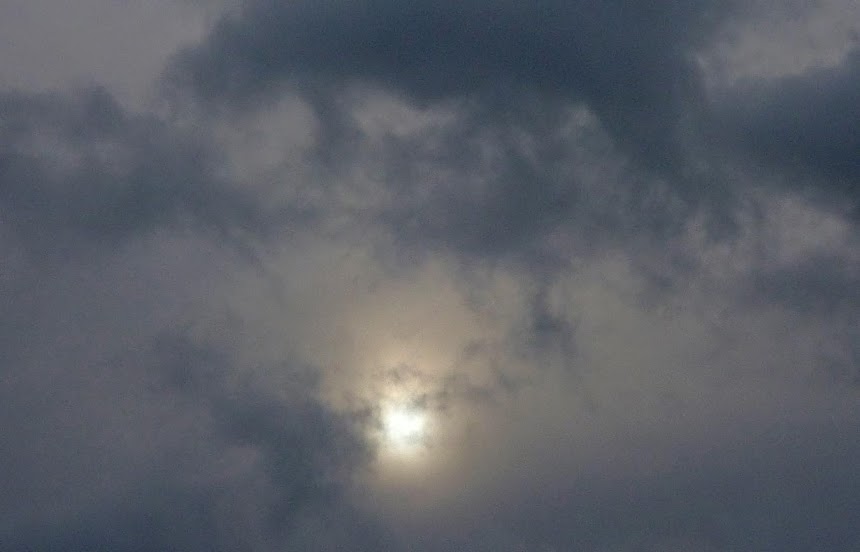 The Loire Valley sky in winter


« Quel temps ! » said Roland. Most conversations around here begin that way these days. « C'est catastrophique ! » His roses are starting to produce blossoms, he said. In mid-February. What in the world is going to happen next? Of course, what is happening here is nothing compared to what's happening elsewhere. 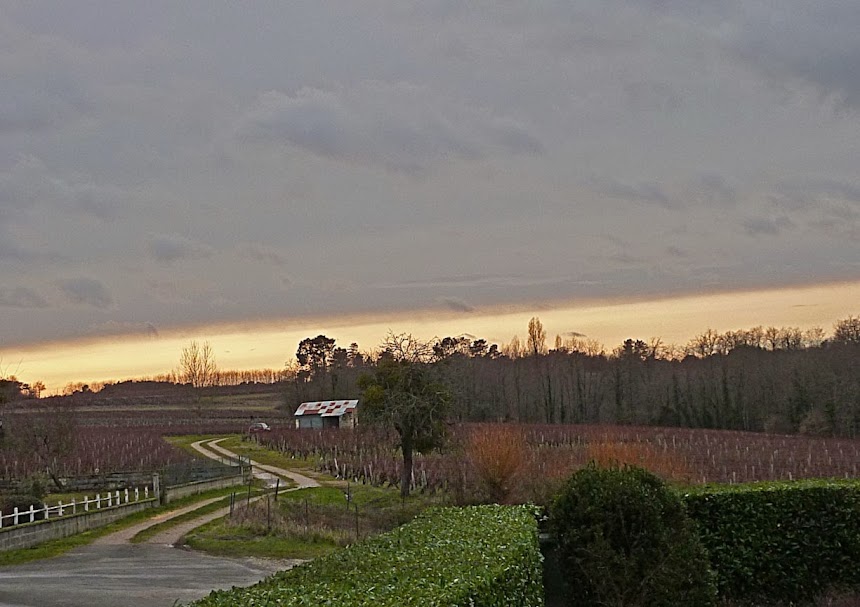 This morning's Télématin news is about events in France — Paris taxi drivers, for example, are on strike and are organizing what they call « opérations escargot » to slow down traffic around the city and upset as many people as they can so that the government will take their plight seriously. But most of the French news today is about England and the bad weather over there.


There were 85 mph winds on the northwest coast at Blackpool, north of Liverpool, last night. Gusts as strong as 110 mph were recorded in the nearby Pennine mountains. Rain is still falling in the southwest and rivers, including the Thames, are overflowing and flooding hundreds if not thousands out of their houses.


The other main story on the morning news here was about the ice and snow afflicting the U.S. Southeast right now. The main video clips shown were scenes in the Raleigh-Durham area of North Carolina. I don't know if you've ever seen the damage an icestorm can cause, but it isn't pretty, with wires and tree limbs down all over the place. I hope for the sake of the people back their in the Piedmont area of the Carolinas and other states that the storm will be over soon, and that Virginia and the Washington DC area will get only snow and not ice.