In the years before we came to live here, the exterior walls of the house we bought was covered in vines. As far as I know, the plant was vigne vierge, a.k.a. Virginia creeper. That's what Josette, the woman who owned the place back then, told us. I asked her why it had been removed, and she said it had all just died at some point. 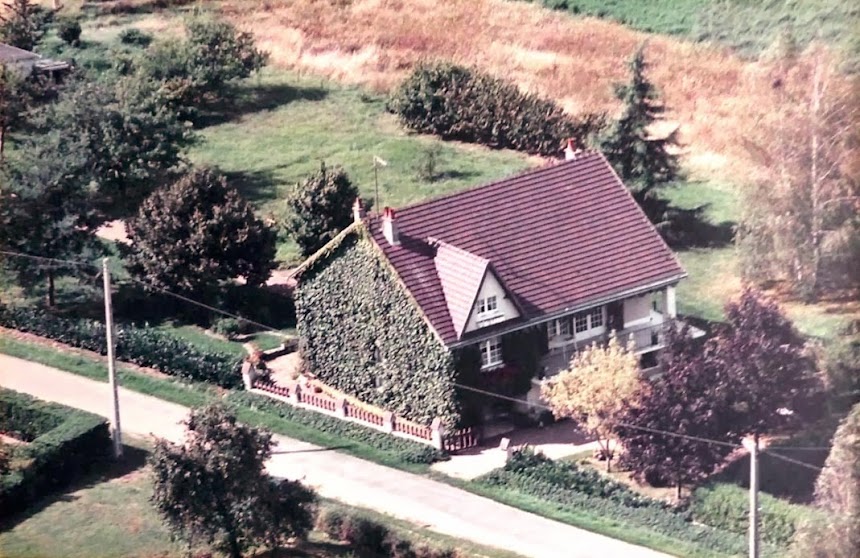 The picture above is an aerial shot that was taken at some point early on — maybe in the 1970s. In 2004 or '05, Josette invited us for lunch at her apartment in Saint-Aignan, and she had the framed photo on the wall in her den. A few months later, she offered it to us as a gift. I thought it was a nice gesture. 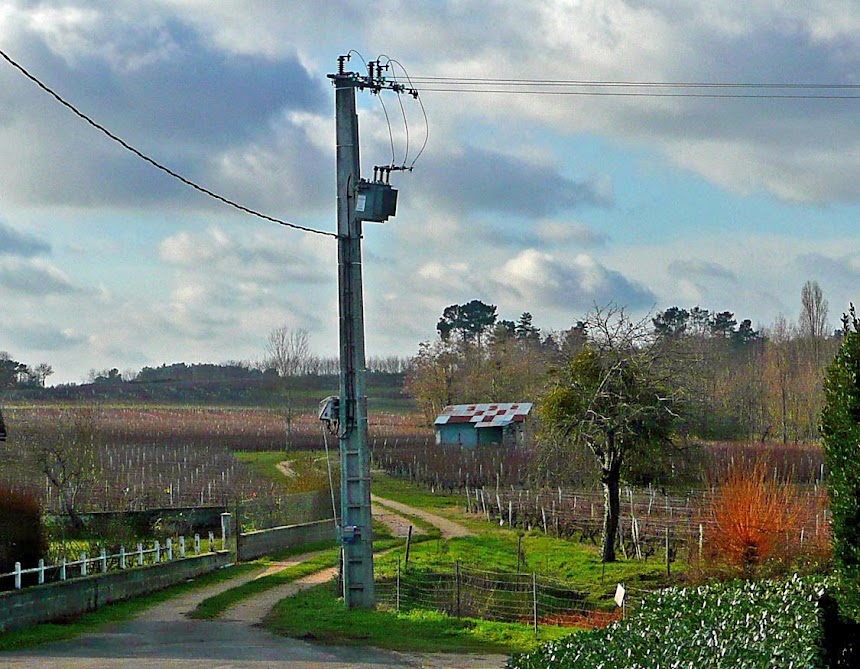 Here are another couple of before and after photos. The weather was obviously different, and the light, but the angle of the photos, taken from a back window in our house, is about the same. 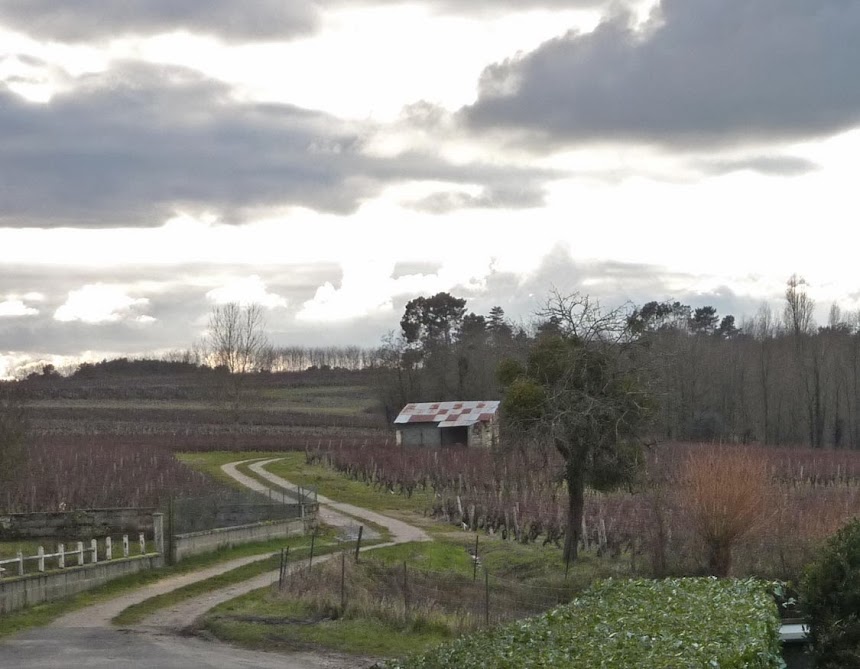 Today I have to go into town to consult with a French Social Security counselor about my small French retirement pension, which I'll be ready to take soon. I turn 65 in March. I didn't even know I qualified for a French pension until we moved here and I got a letter informing me of the benefits. I worked as a teacher in Paris, Rouen, and Metz back in the 1970s and early 1980s but had no idea I was paying into the retirement system.
Posted by Ken Broadhurst at 07:30