Yesterday when the bread lady drove up and blew her horn, the rain had pretty much stopped. Oh, we had a few more showers during the day, but the heavy rain of the overnight and early morning hours, which gave us a scare, had let up. Most of the ponds in our yard, including a big one right in front of our ground-level front door, are gone.
I went downstairs to buy the baguette I buy every time the bread lady stops by — four times a week — and I asked her whether or not the Cher River, down the hill a kilometer from our house, was flooding. « Dites-moi, est-ce que le Cher est en train de déborder ? » Deborder means "to overflow." By the way, it's raining again this morning, but not so hard. 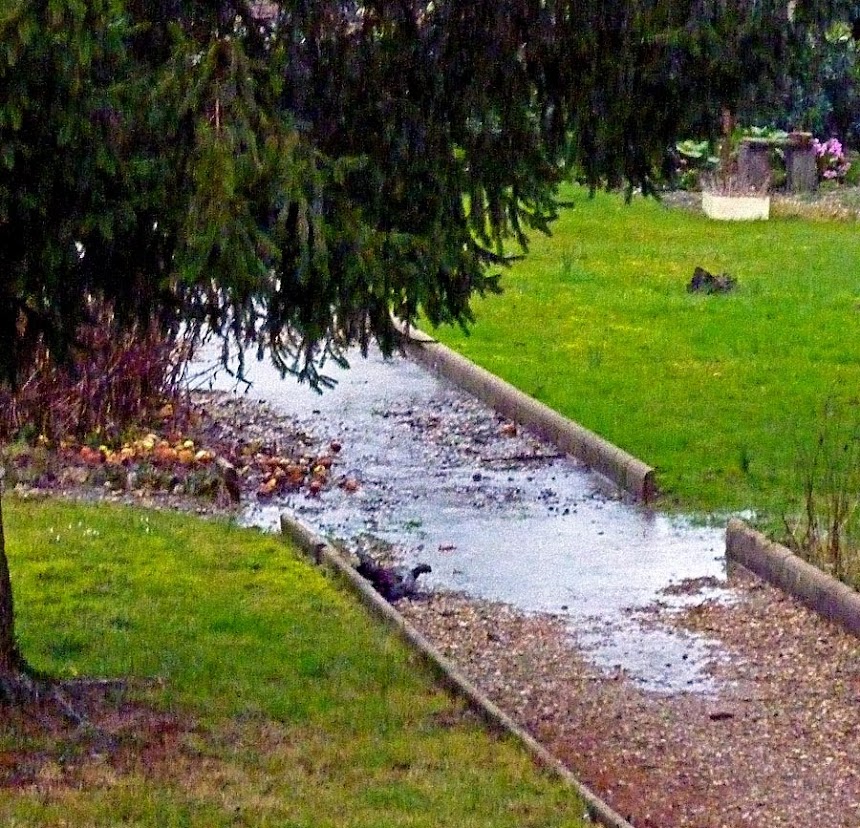 We've had some ponding, but no local flooding... yet.
« Non, pas encore », she answered. « mais ça ne tardera pas ! » — "Not yet, but it won't be long." I figured she'd know, because she's out driving along the banks of the river all morning, delivering bread made by the village baker. I haven't been down the hill since before the heavy rain fell, and the river was already really full then.
So I spent the morning in the kitchen, keeping an eye on the ceiling where we had such a bad leak last spring. It held. Our roofer obviously did a good job back in June. We'll have him back next month to repair the ceiling itself. 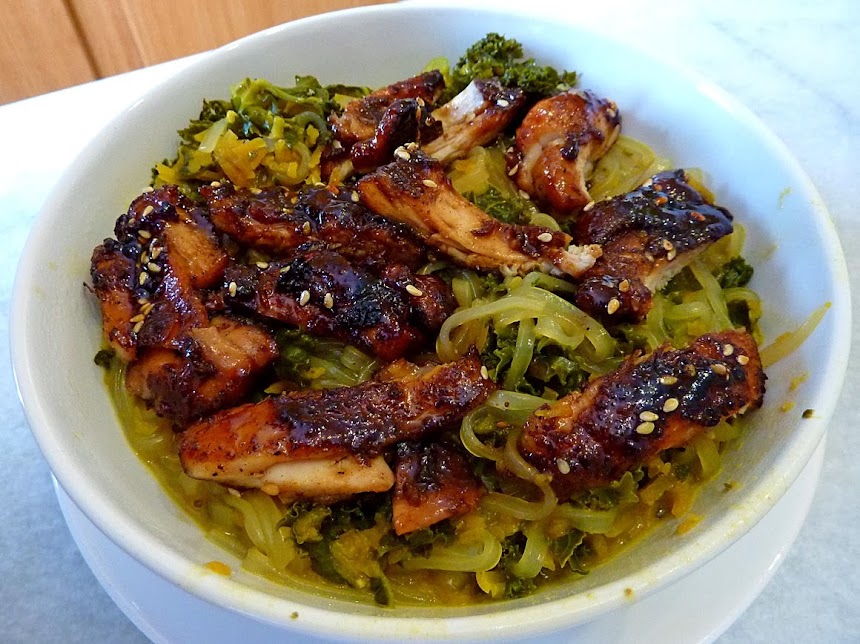 Laksa is a soup, but this one is more vegetables and noodles than broth, with honey-glazed, boneless chicken on top.
What did I do in the kitchen? I made a Thai chicken laksa — that's what Jamie Oliver called it when we watched a show of his on the French Cuisine+ channel a few days ago. Here's a link to the recipe. I followed his directions fairly closely, but of course we don't have fresh asparagus here at this time of year. I substituted kale leaves from the garden.
I also didn't use a bouillon cube, because I had in the freezer both chicken broth and liquid left from cooking Swiss chard. Finally, I didn't have any limes, but I did have some hot pepper vinegar and some rice vinegar that could add the note of acidity the recipe needed. And I didn't have fresh cilantro either, but we just did without that. It was really good, as you can tell from the photo.
Posted by Ken Broadhurst at 07:40