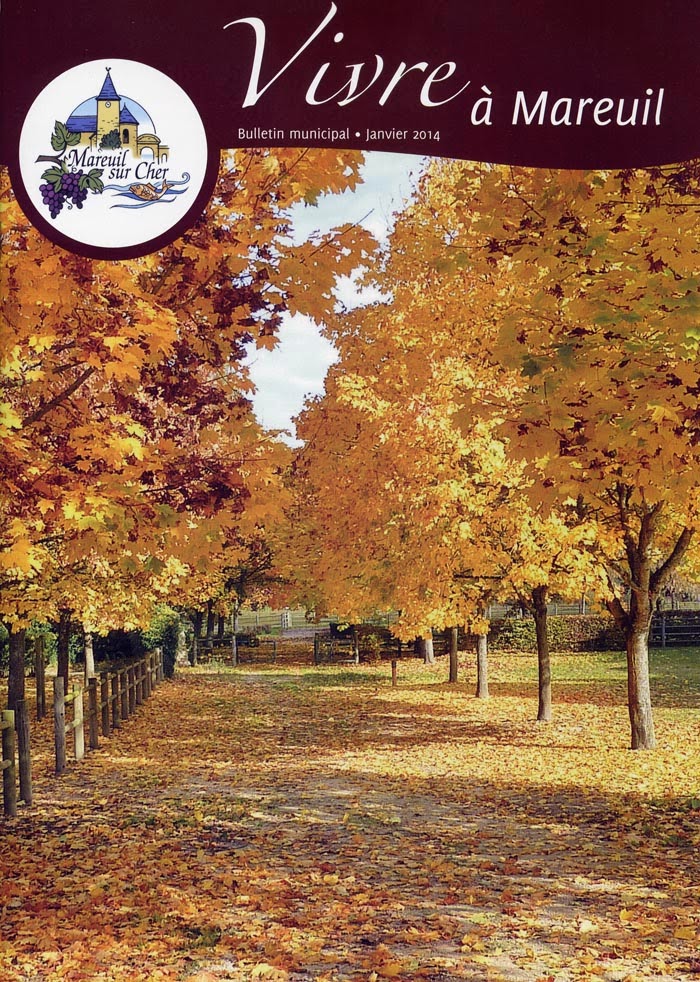 Every January, the village authorities publish a kind of annual report to inform residents of progress made on different projects over the past year and plans for the coming year.


This year's report features two of my photos. One is on the cover (left). Both of them have appeared on this blog in past months.

This isn't the first time village officials have asked us for permission to use our photos. They had some of Walt's printed and framed a few years ago to put up in a new vacation rental apartment they were decorating in the village château. 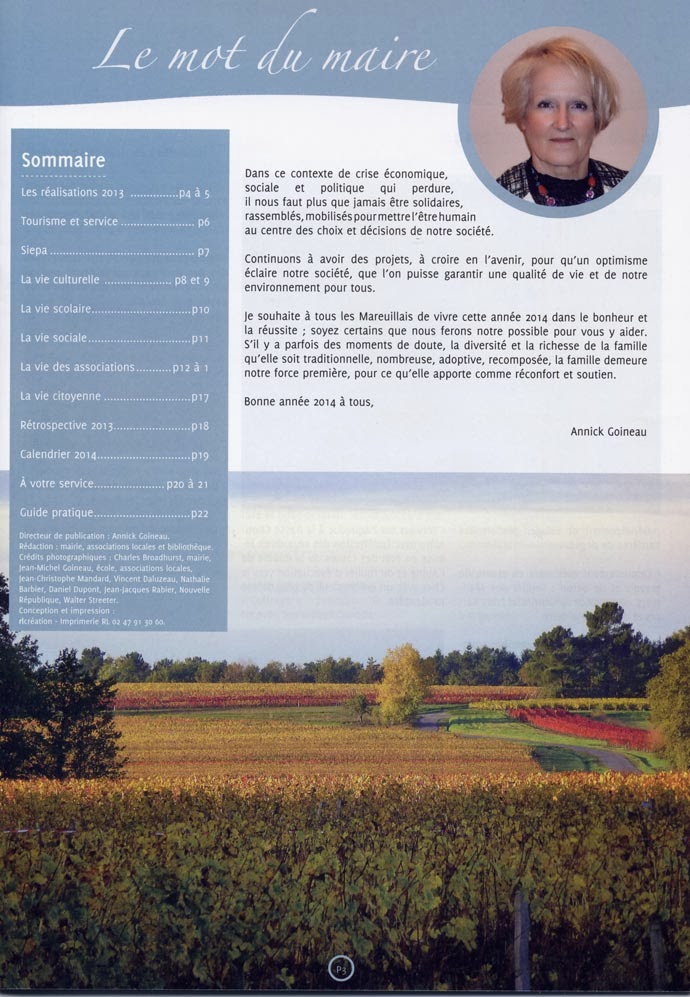 The other photo of mine appears on the report's contents page along with the mayor's greetings. As you might know, the mayor is one of our neighbors.

Some other photos of mine and Walt's are included in a smaller format on a kind of gallery page at the end of the report.

It's an honor and a pleasure to be recognized this way and to be of service to village projects, of course. We participate strictly on a volunteer basis.
Posted by Ken Broadhurst at 07:30