I always put a lot of photos in my posts, but I don't like posts that are just photos without much text. Well, here's one anyway. This time of year, as the weather changes from warm and dry to chilly and damp, our skies here in Saint-Aignan are spectacular, especially at sunrise and sunset.

Below, three photos I took yesterday between 8:00 and 8:15 as
Callie and I set out on our morning walk into the vineyard 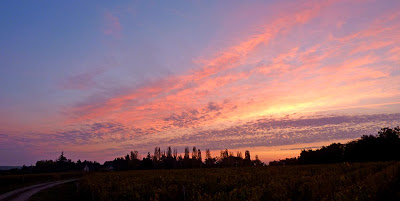 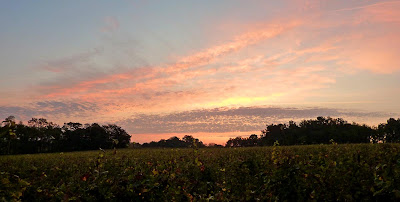 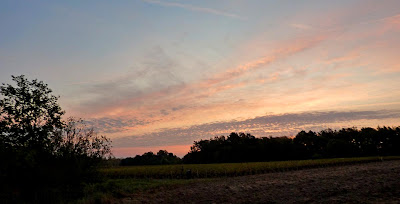 Yesterday was a good example. Clear weather was ending as a rain front moved into northern France off the Atlantic Ocean and the British Isles. The early morning hours were a lot windier than they had been for a couple of weeks. Sunrise, which occurs at about 8:30 a.m. right now, cast a pink and purple glow onto the wispy clouds that were starting to form overhead.

And then three photos that I took at 8:18,
all from the same spot but at different zoom levels 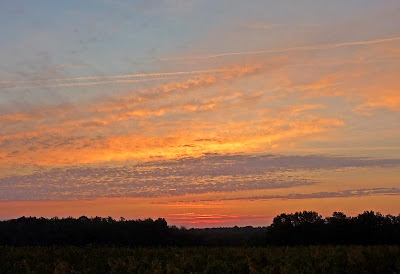 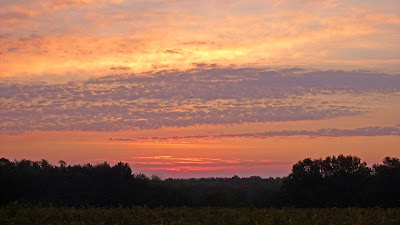 The walk wasn't a long one. We only went about halfway out into the vineyard — a kilometer or so — because I was too busy taking pictures from my favorite places and angles to walk much farther. Callie just did her exploring and smelling, waiting for me. Farther out, as you get to the higher ground at the top of the vineyard, the views change completely. They're better when you're closer to the river valley, because of the differences in elevation I think.

And finally, three shots I took between 8:24 and 8:27,
as I was getting close to the house 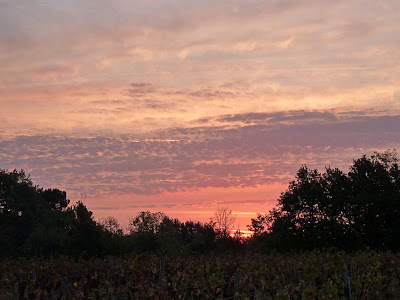 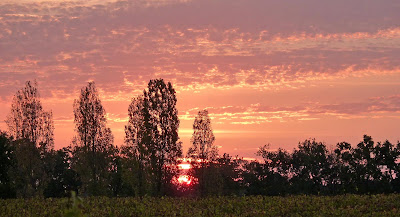 I'm using a Panasonic Lumix DMC-ZS1 digital camera, which is small enough to fit in my pocket. I love the camera, and I've had it for three years now I believe, but I'm starting to get visions of a new camera in my future. Don't forget that you can click the pictures with your mouse to see them at a larger size.
Posted by Ken Broadhurst at 08:00