The Rancourt memorial in the Somme

When I went with CHM to Péronne last July, we stayed in a hotel in the village of Rancourt. It's very small, with fewer than 200 inhabitants. 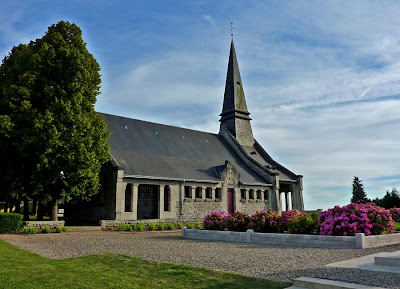 The Chapelle du Souvenir near the village of Rancourt (Somme)
Rancourt was a key site during the Battle of the Somme in 1916. Many died, and there are French, German, British, and South African military cemeteries all around the village. The largest French military cemetery anywhere is the WWI memorial there, with 8,566 graves. 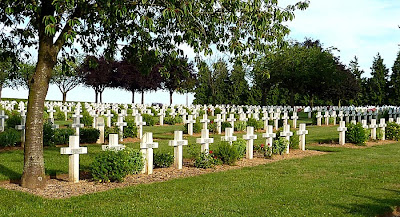 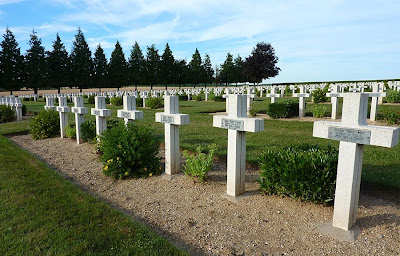 The French military cemetery at Rancourt
The memorial was founded and built at the initiative of a woman from New Orleans whose son had died in the battle for Rancourt. She formed a committee right after the war and organized the construction of a Chapelle du Souvenir — a Remembrance Chapel — in honor of her son and his comrades in arms. 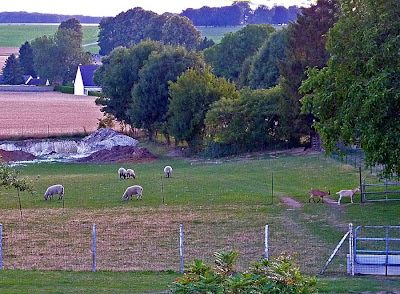 Views at dusk from my hotel room window at Rancourt
The hotel we stayed in was just a mile or so up the road from the memorial. One of the things I liked about it was the view of sheep and goats out of the window of my room.
Posted by Ken Broadhurst at 09:00