Friends reported yesterday that the filling station at Intermarché across the river in Noyers-sur-Cher, where we often go for diesel fuel, is completely closed down, with nothing to sell. Up at SuperU, the filling station is selling fuel only to emergency vehicles like ambulances. Even the little Renault garage in our friends' village, which charges an arm and a leg for a liter of fuel, they say, has run out.

Nick and Jean (A Very Grand Pressigny) report from their village an hour southwest of Saint-Aignan that all the filling stations down there are closed up and empty. Nick writes: "The word in the village is that its going to be next week before either the protest ends or the Army move in to restore supplies. Either way it looks like we're pretty much confined to quarters..." 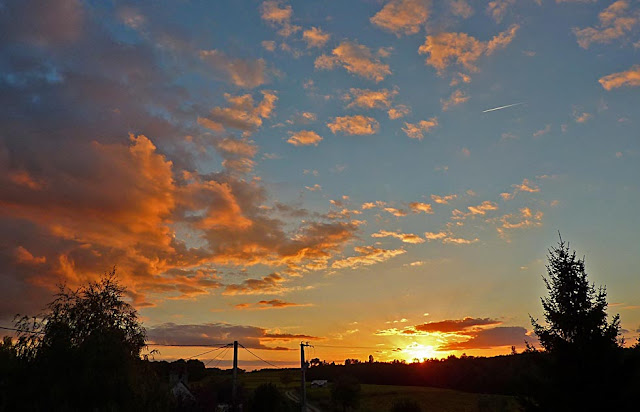 Yesterday the French forces de l'ordre (police) moved on nearly all the fuel storage depots in northwest France yesterday to remove strikers and their barricades, with the exception, I saw on television, of the one in Saint-Pierre-des-Corps. That would probably explain the lack of fuel the the filling stations all around Saint-Aignan and Le Grand-Pressigny.

According to the government, about 3,200 filling stations in France, or about 25%of the total, have no fuel at all to sell at this point. The pumps have run dry. But that does mean that 75% of the filling stations around the country still have some fuel to sell. It still seems that diesel fuel is the hardest to find. There's still some unleaded gasoline.

Today, too, about 75% of regularly scheduled TGV trains will run, as will 60% of the regional TER trains and 50% of the regular Corail inter-city trains nationwide. The Paris public transit system seems to be running normally.

In Lyon yesterday there were pitched battles between police in riot gear throwing tear-gas canisters, on the one side, and masked young people, some just adolescents, throwing rocks and bottles, on the other. The mayor of Lyon is calling on parents to try to make sure their children are not out on the street without supervision. 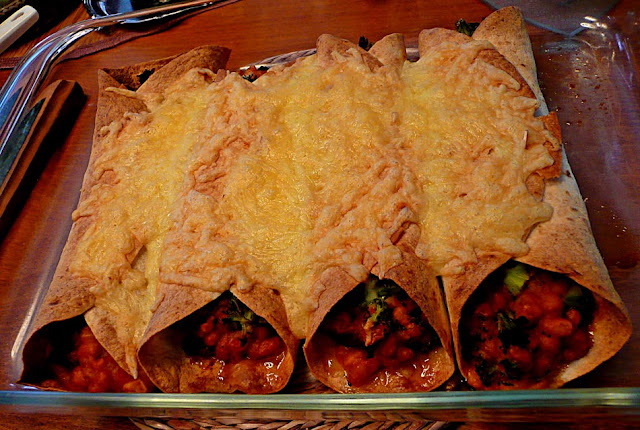 Access to the airport at Marseille is being blocked, or at least seriously impeded, because of demonstrations organized by oil refinery workers. The traffic backup this morning was « important », according to authorities.

Yesterday there was video on the news of passengers who were trying to get to Roissy/CDG and Orly airports, at Paris, having to get out of their taxis and walk the last few hundred yards to the terminal, with their baggage, because demonstrators wouldn't let the taxis through. They call such operations barrages filtrants — "filtering dams" — and they are designed to inconvenience everyone in an effort to make everybody aware of what's going on. 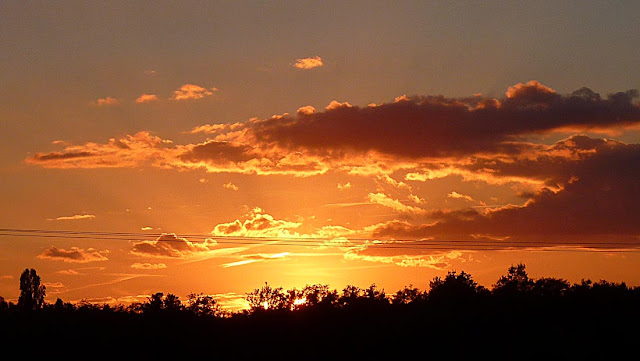 A close-up of yesterday's sunset,
which I took from an upstairs window

Walt and I are taking the car out this morning for the first time since Sunday morning. I want to get a haircut, and Walt wants to go across the river to Noyers to see if our chainsaw has been repaired — they've had it for nearly two weeks. We also need a few things from the supermarket, and some wine from a winery five miles up the road. We won't go far and we have ample fuel in the Peugeot's tank for our needs... and for the time being.

There are predictions that things won't really get a lot better, in even the best circumstances, for another week, or maybe two.
Posted by Ken Broadhurst at 07:06