Notes from a jailbird

Wait a minute now. I never said I got arrested in Paris. I just spent a night in a jail cell. French kindness was overflowing. And no, I didn't have to bust out. The authorities threw me out!

It was May 1, 1970. I was a student on a year-abroad program in Aix-en-Provence. The other students, from two different, well-known Southern U.S., robber-baron universities, were a great group. 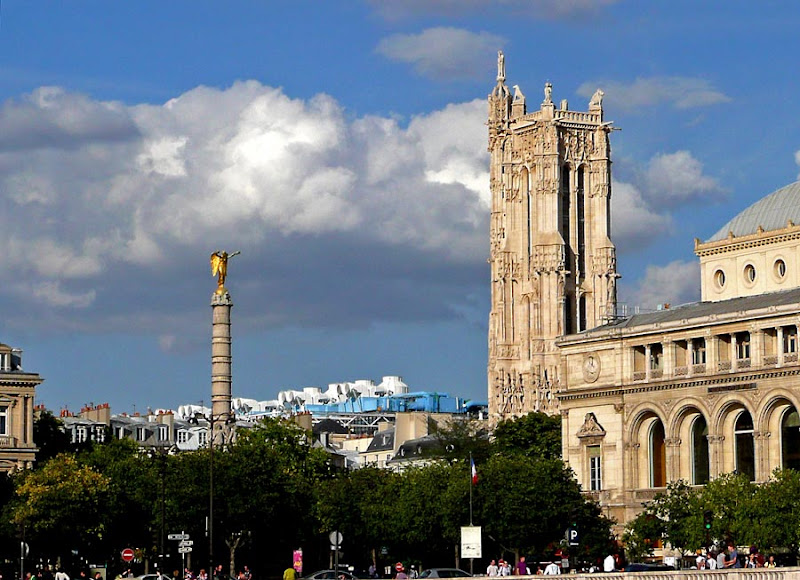 
It was 1970, remember? On May 1 or 2, Simon and Garfunkel were giving a concert in Paris, at the Olympia theater. I had been to one of their concerts a year earlier in North Carolina, and it was a mind-blowing experience. I wanted to go to Paris for the S&G concert, and so did at least four other students on the program in Aix.

We were three women and two men. (Should that be "girls" and "boys"? We were all 20 or 21 years old.) We decided to hitchhike to Paris, because we didn't have much money and train tickets were expensive. Back then, we hitchhiked a lot. I did it in France but also in America. It was dangerous, I'm sure, but the hitchhikers I knew never had a big problem. One guy in N.C. waved a gun around at me once, but never mind... 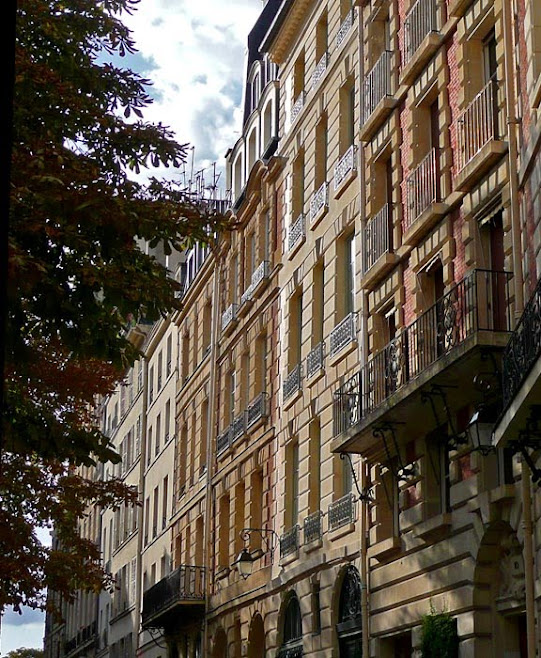 
Because there were five of us trying to get from Aix to Paris by thumbing, we split up into two groups. The other guy was going to hitch with two women, and the other woman and I were going to hitch together. She was from Chicago and went to the other university, not the one I went to.

We set out from Aix in the morning. I think Fran and I got one ride that took us for maybe 20 or 30 miles and then dropped us off, probably near Avignon. Then another driver picked us up. I don't remember him, really. But he took us all the way to Lyon, which was about half way to Paris. He was going to Paris himself, but at that point his car started acting up. He let us off and told us he was going to go to a garage and get the car fixed. If we were still there when he drove by again, he would pick us up. We were still there. No other rides had come along. The guy with the newly repaired car came along and, as promised, he picked us up again. And he drove us all the way to Paris. Our three other friends, by the way, never made it to Paris. They had to give up and stay in Aix that weekend. 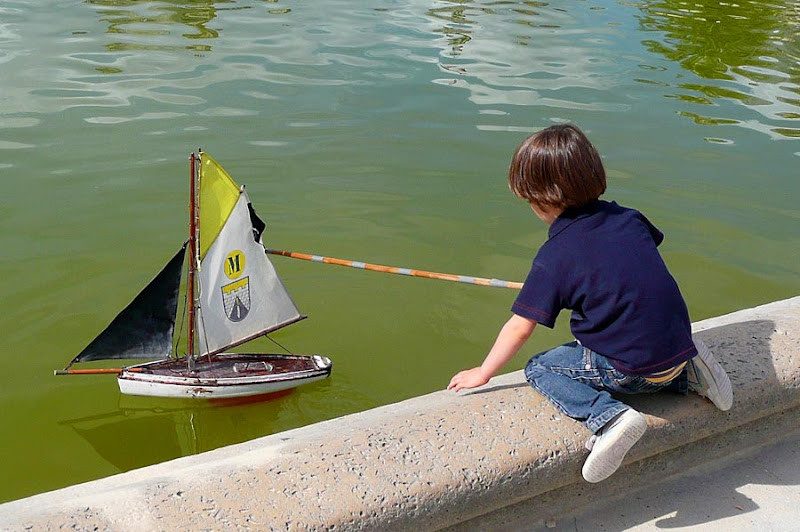 
Fran and I were dropped off in Paris -- near the Place de la Concorde, I think -- about 10:00 p.m. that night. We made our way over to the Latin Quarter to find a hotel room. I had spent two weeks in a little hotel near the Place Maubert in late March and early April that spring -- it was spring break. Fran and I went to that hotel, but there was no room at the inn. We wandered around the neighborhood until about midnight, from hotel to hotel, but in vain. We didn't know May 1 was such a big holiday in France. And it was a Friday night, after all.

Somewhere along the way, in the four months I had been in France, somebody had told me that the thing to do, if you were in a town and couldn't find a place to stay, was to stop a policeman and ask for assistance. So that's what I did. The agent de police told us to go the the poste de police at the Mairie du 5e on the Place du Panthéon and there they would help us. 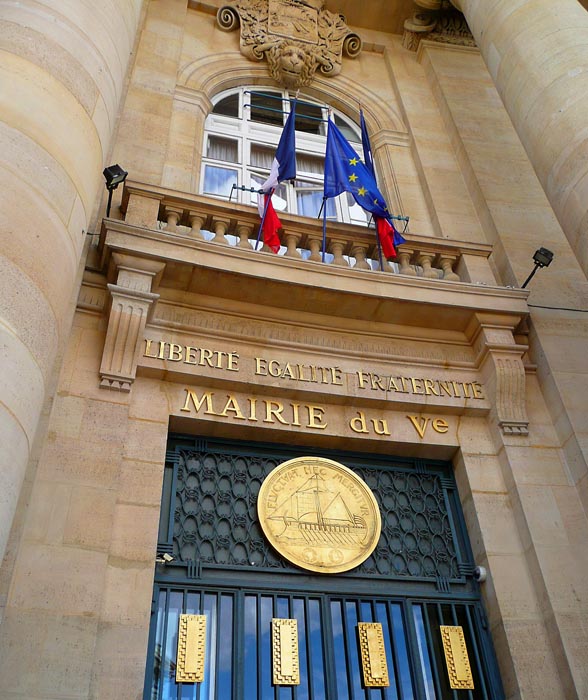 Each Paris arrondissement has its own mairie, or town hall. This one is in the Latin Quarter.


We went there. And there the people at the front desk took our passports away and showed us to a cell. It was a concrete room with a glass front. In the glass was embedded something resembling chicken wire, as reinforcement. So you couldn't easily break out. All around the concrete cell there was a narrow wooden bench, attached by brackets to the walls. In one corner there was a toilet — a commode just sitting out in the open, with not so much as a partition or screen to hide it — and it flushed automatically every couple of minutes. I think we were in the drunk tank.

We had thought the police would know of a nice hotel in the neighborhood, with some vacant rooms. They would call the hotel for us, and give us the name and address. Maybe they would give us a ride to the hotel, because we were obviously tired. Ha!

I remember that there was a kind of big cage in the main lobby of the police station. In it were half a dozen people, and they were obviously either drunk or drugged up. It was scary. I guess we were lucky they didn't throw us in with that crowd. 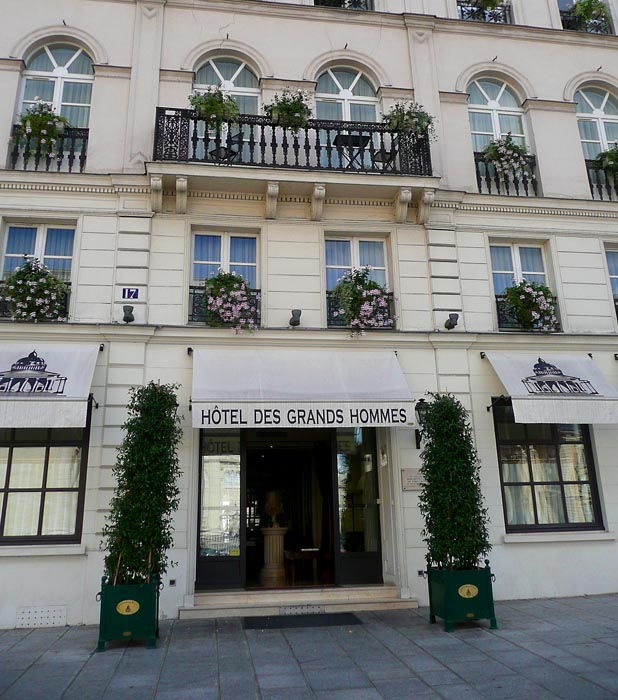 Once 35 years ago I stayed at this hotel on the Place du Panthéon. The rooms were not much nicer than the jail cells across the street. Nowadays it's a three-star palace.


Fran and I made ourselves as comfortable as we could on the narrow wooden benches in our own private cell. We tried to sleep. We were locked in. The toilet kept flushing at regular intervals all night. And then at about 5:30 a.m. — the crack of dawn — a policeman came and opened the cell door, handed us our passports, and put us out on the street again. A new day had dawned.

We went back to the first hotel we had tried, and Mme Suzanne, the front desk clerk, had a room that had been or was going to be vacated. That night, Fran and I made our way to the Oympia theater, over near Opéra and Madeleine, and walked up the the ticket booth to see if we could get in to see Simon and Garfunkel. No problem. It was another great concert.

A day or two later, we took the train back to Aix. We had set aside enough money to buy those tickets.
Posted by Ken Broadhurst at 20:58