Monday: back to the Loire Valley

After our weekend of walking around the center of Paris and eating late dinners in crowded restaurants, the rhythm of our time together was getting ready to change radically. On Monday morning, I met Evelyn, Lewis, and Linda at the Avis agency at the Paris train station called Gare d'Austerlitz. They were renting a car, which we would drive down to Saint-Aignan.

The weather was beautiful (though that turned out not to last very long). We had an easy drive out of Paris, with Evelyn at the wheel and me navigating. About 2 hours out of the city, before we arrived at Orléans, we stopped at an autoroute service area and got ourselves a sandwich and a soft drink for lunch at a Boulangerie Paul. 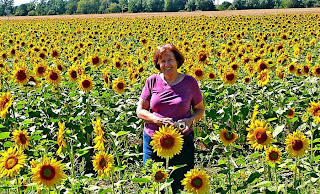 
Then we drove over to Beaugency and got off the autoroute. We found ourselves on narrow country roads, going toward Chambord to see the château there. We passed at least one field of beautiful yellow sunflowers, where we stopped on the side of the road and took a picture or two. Then we got lost in forests and little towns where there were absolutely no road signs at the crossroads and other intersections. 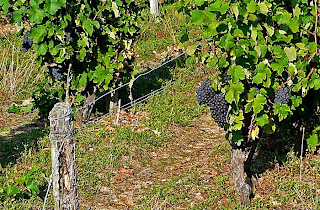 With the help of a GPS system and a strategically placed road sign pointing to the town of Bracieux, which I am very familiar with, we finally found our way into the park that surrounds the Château de Chambord. We parked the car and took a walk around the château, stopping for refreshments at a café on the grounds. I bought a venaison saucisson — a dry sausage like a salami — from a vendor selling local specialties, for dinner. 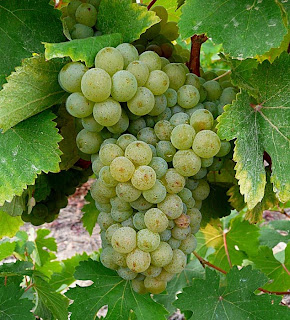 
By about 5:00 p.m., after a stop at the wine co-op in Saint-Romain to get a couple of boxes of the local vino for the Auvergne trip, we arrived at our house near Saint-Aignan. We took a walk through the vineyards with Callie and picked and ate some fat yellow plums off a tree out back. They were sweet and juicy, and Lewis went back for seconds before we retreated into the house. The sun was hot, and the ground was dry and dusty here in the Loire Valley this summer. We've still had hardly any rain since July 1. 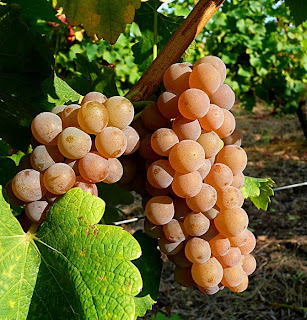 Dinner was rabbit rillettes that I made, a tomato salad with tomatoes from the garden, and a good grated carrot salad that Walt made. It was all light and refreshing. We sat out on the front terrasse — I call it "the deck," as if I were still in California — until nightfall, watching bats swoop low in the air around us. There was a full moon, and Jupiter was shining brightly in the southeastern sky. Despite doubts, everybody seemed to like the potted rabbit meat. 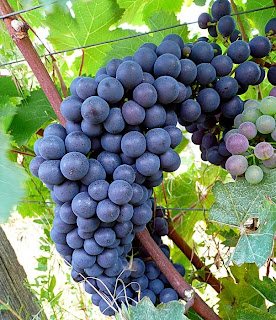 Our plan was to get some good rest, arise at a reasonable hour, and pack up for the five-hour drive down to the Cantal département of the Auvergne région. Walt and I needed to pack not only our clothes but bed and bathroom linens for everybody, and a cooler full of food we could eat when we arrived at the gîte, or vacation rental house, in the village of Saint-Chamant, near Salers. 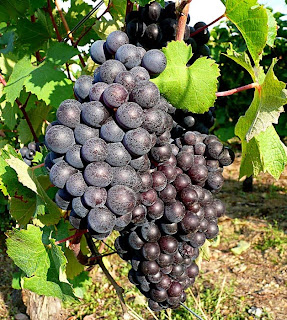 Walt and I thought we might have some kind of brunch before noon the next day and then hit the road at about that time, when the roads would be uncrowded — all the French drivers would be either at home or in restaurants having lunch. Tuesday was going to be another long day on the road. We would be leaving wine country and arriving in cheese country — trading vines for cow pastures.
Posted by Ken Broadhurst at 09:58