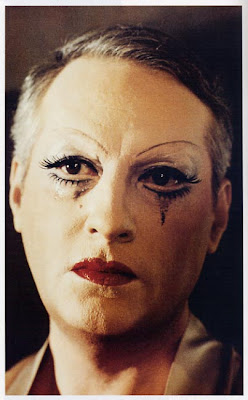 Serrault in La Cage aux Folles
The prodigious French comedian and stage and film actor Michel Serrault passed away during the night in Honfleur at the age of 79. Over the course of his career, he appeared in some 135 movies. The role most Americans are likely to know him for was that of Albin Mougeotte, alias the hysterical « Zaza Napoli », in La Cage aux Folles (a 1978 film). Serrault had previously played the role on stage in Paris for several years and a total of some 900 performances.

Serrault began his career in Paris cabarets in the 1950s. He quickly moved into film roles — his first part was in the thriller Les Diaboliques (1954) with Simone Signoret, Paul Meurisse, and (!) Johnny Halliday. In 1971, he played one of his classic comedy roles in a film called Le Viager, which tells the story of a man who sells his house and property to a very greedy, mercenary family but keeps a lifetime right to live there and then outlives everybody else.

I remember Serrault from numerous TV appearances in the 1970s, when I lived in Paris. He always had everybody, from show hosts to other guests and the audience, in stitches. 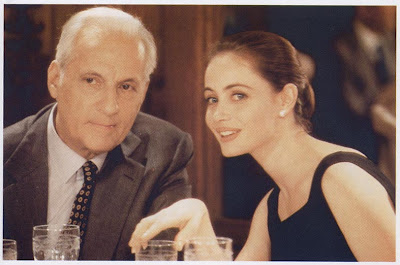 I think I enjoyed him in that role more than in any other I've seen him play. Also in the movie are Michael Lonsdale and Jean-Hugues Anglade. Computers play a major role too, as do Paris scenery and the French language. Sautet, who died in 2000, was one of the most talented French movie directors. 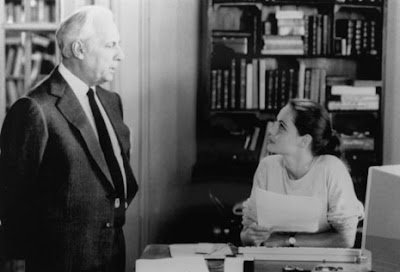 Nelly and Monsieur Arnaud at work
It saddens me to see the great French actors of the past 40 years passing away now. Part of France dies with them. Jean Yanne, Jean-Claude Brialy, Philippe Noiret, Jacques Villeret... A country really is both a place and a time.
Posted by Ken Broadhurst at 07:45