A few mornings ago on our walk, Callie and I enjoyed bright sunshine coming from a big sun that was very low in the sky. You know what that means: long shadows.

We weren't far from the house when I realized that Callie was acting kind of strange. She was obviously nervous about something but I couldn't see anything that might scare her. Then I realized she was spooked by my long, tall shadow. 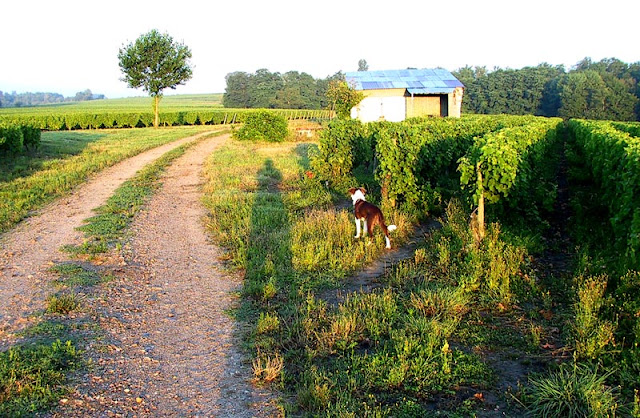 To see if that was really what was going on, I stopped and started to rock my head from side to side to make the shadow move a little bit. Callie went wild barking at my — the shadow's — rocking head. Ouah, ouah, ouah, ouah ! she barked. (She barks with a distinct French accent.) 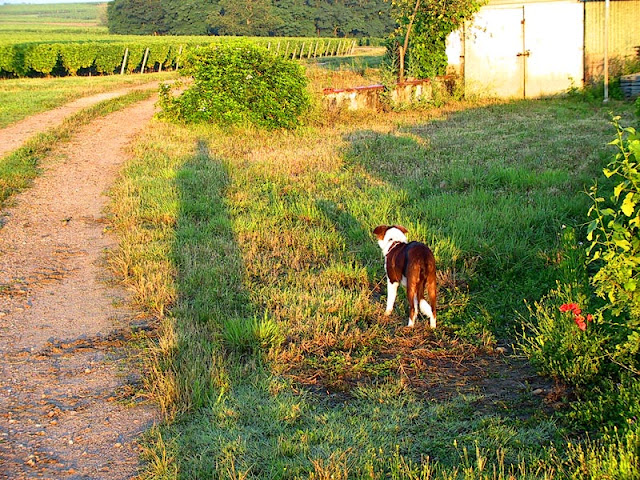 Callie barking at the rocking head

By the time we got a few hundred yards farther out in the vines, I think the silly dog had figured out what was going on. She had been avoiding my shadow and kept glancing at it nervously. I stopped again and started rocking my head from side to side. Instead of looking at the shadow head, she looked back at me to say "Oh, stop being foolish. Not that old trick again!" 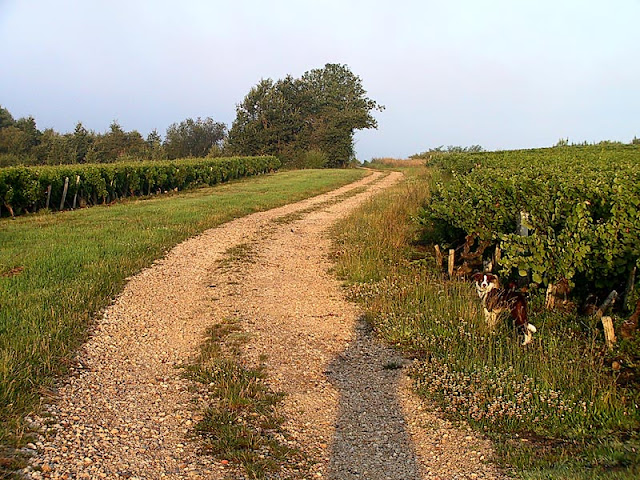 Okay, I've got it now. You're just playing games with me.

We had a nice walk that morning. We cut across the vineyard, down a row of vines hanging heavy with grapes, and ended up on the paved road on the other side. We walked up the paved road to where it meets up with the gravel tractor path that leads back to the house. Callie turned toward home and looked back over her shoulder at me. « Allons-y. Rentrons à la maison. J'ai faim, » she seemed to be saying. 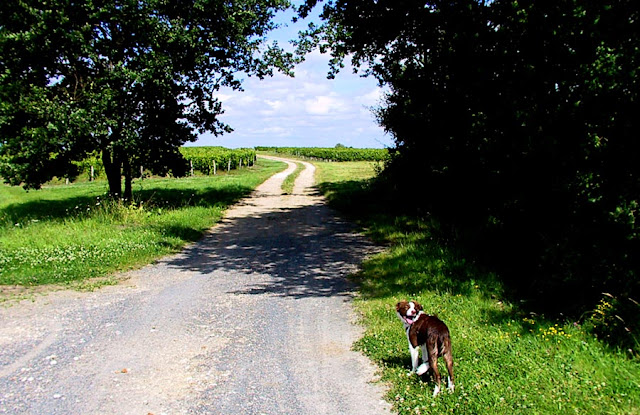 Later in the day, Walt mowed part of the back yard. Callie used to be afraid of the lawnmower and would go inside when he started it up. She didn't like the noise. 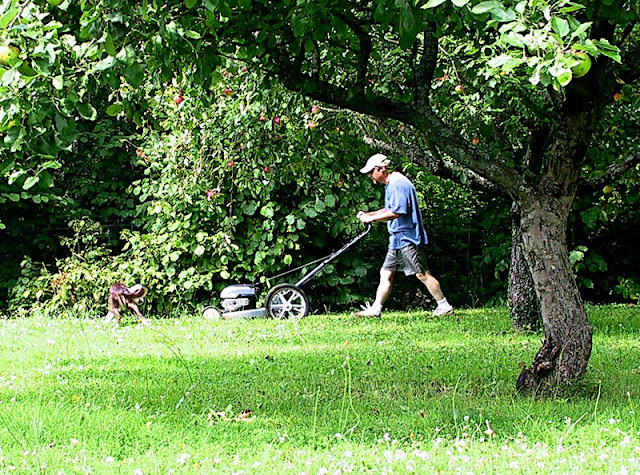 Barking at the lawnmower

Now that's changed. Instead of running away from the mower, she runs after it, barking all the way. She also like to chase the wheelbarrow when we roll it across the yard. She is developing good barking skills.
Posted by Ken Broadhurst at 06:43