We're baaaack... for the moment

I can't tell you why the internet connection has suddenly started working. I've been experimenting with different settings in the router, but it's so complicated I couldn't tell you what I might have changed that re-established the connection. We'll just keep working with it until it fails again. I'm supposed to get a call from a technician on the the ISP's staff Monday morning.
Meanwhile, here are some photos of the last of the four "monumental" hauts-reliefs on the exterior walls of the Arc de Triomphe in Paris. It's commonly known as La Marseillaise, and is widely considered to be the most spectacular and interesting of all the sculpture on the Arc. The sculptor was François Rude (1784-1855). 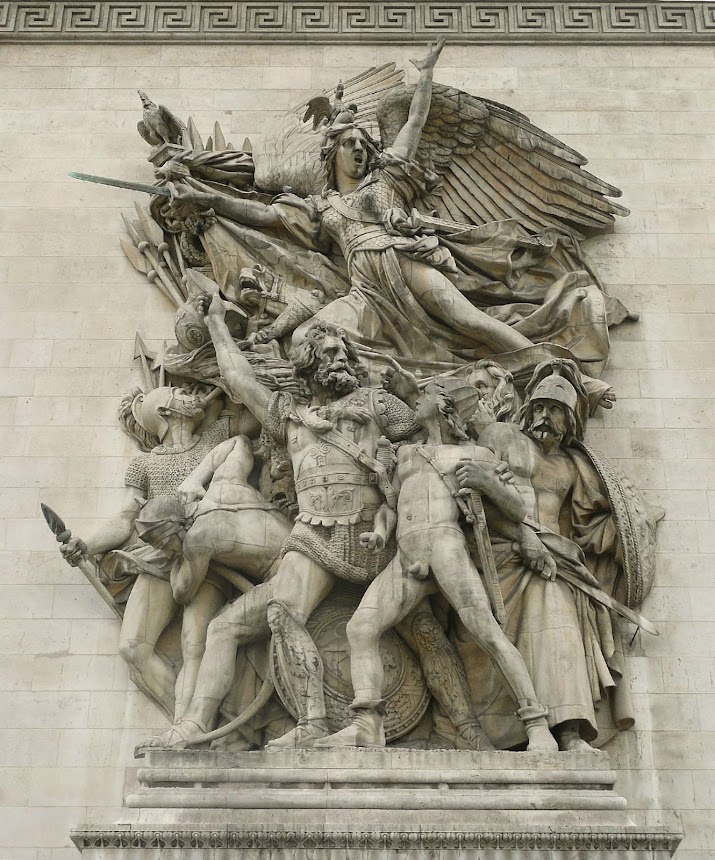