The town or commune of Saint-Aignan has only 2 kilometers of riverfront on the Cher river. These are some photos of the river that I took when we first moved here 19 years ago. Nothing much has changed over the years. No new bridges have been built, despite the increased traffic in the area that the fame and fortune of the zoo at Beauval has brought. They say the zoo draws two million visitors a year nowadays. 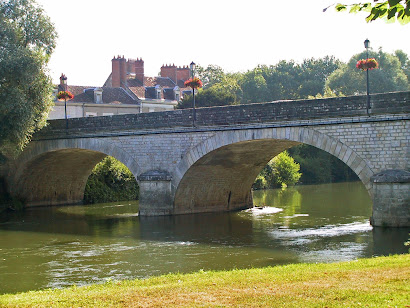 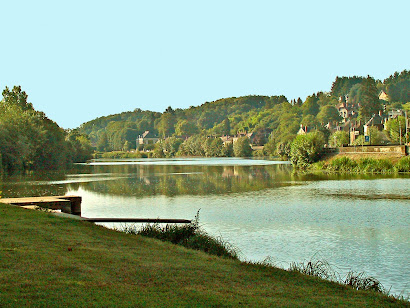 There's an island in the Cher at Saint-Aignan, so there are two bridges to cross the two branches of the river.
Above right is a view upriver taken from the island. 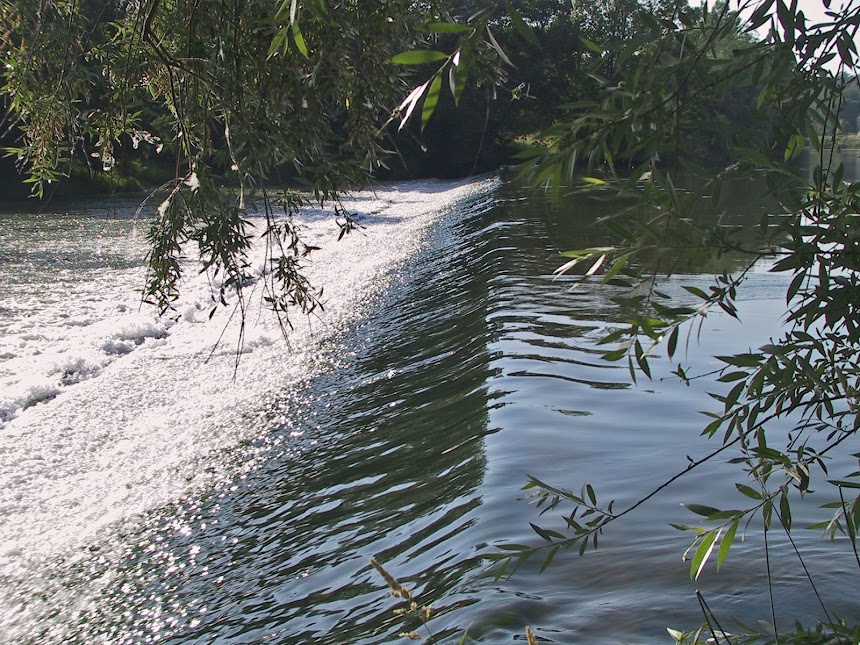 At the eastern end of the island there's a "submersible dam" (a weir) that helps regulate the flow of river water. 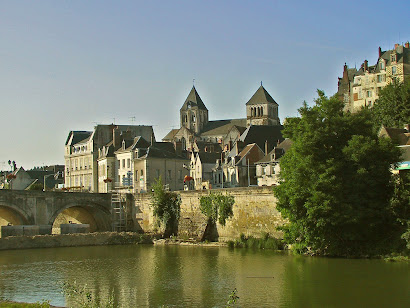 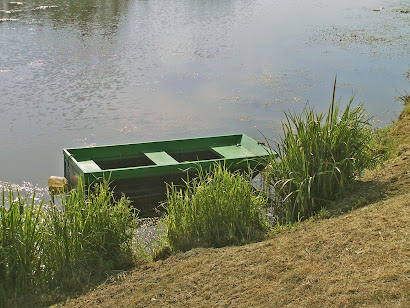 When I took these photos, the south branch of the river had been temporarily dammed because work was being done
under the bridge. On the right is a kind of skiff that local people use to row across the Cher.
Posted by Ken Broadhurst at 05:30