I've posted a lot of photos of the Château de Saint-Aignan taken from the north — my blog banner photo was taken from that direction. That's the back side of the building. Here's what the front side, which faces south, looks like. These are photos that my sister, Joanna, took when she was here in 2007. I just found them again yesterday. 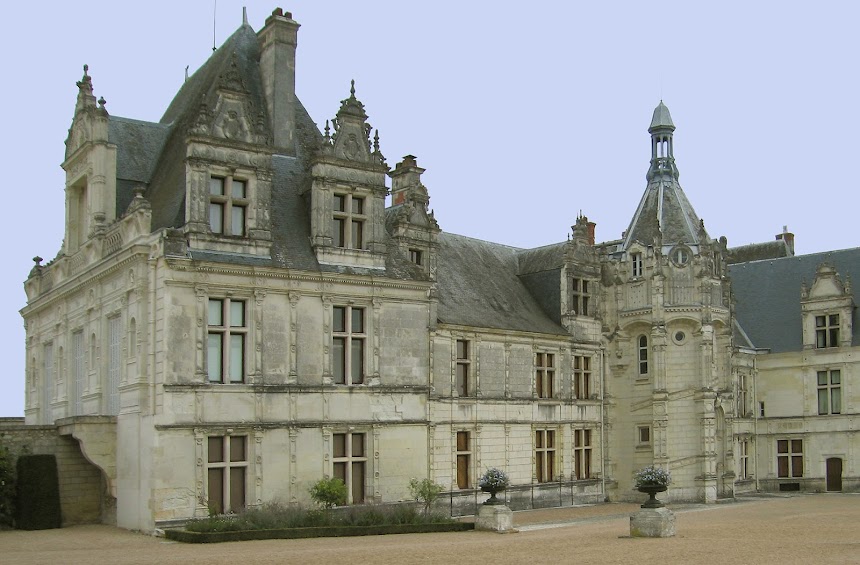 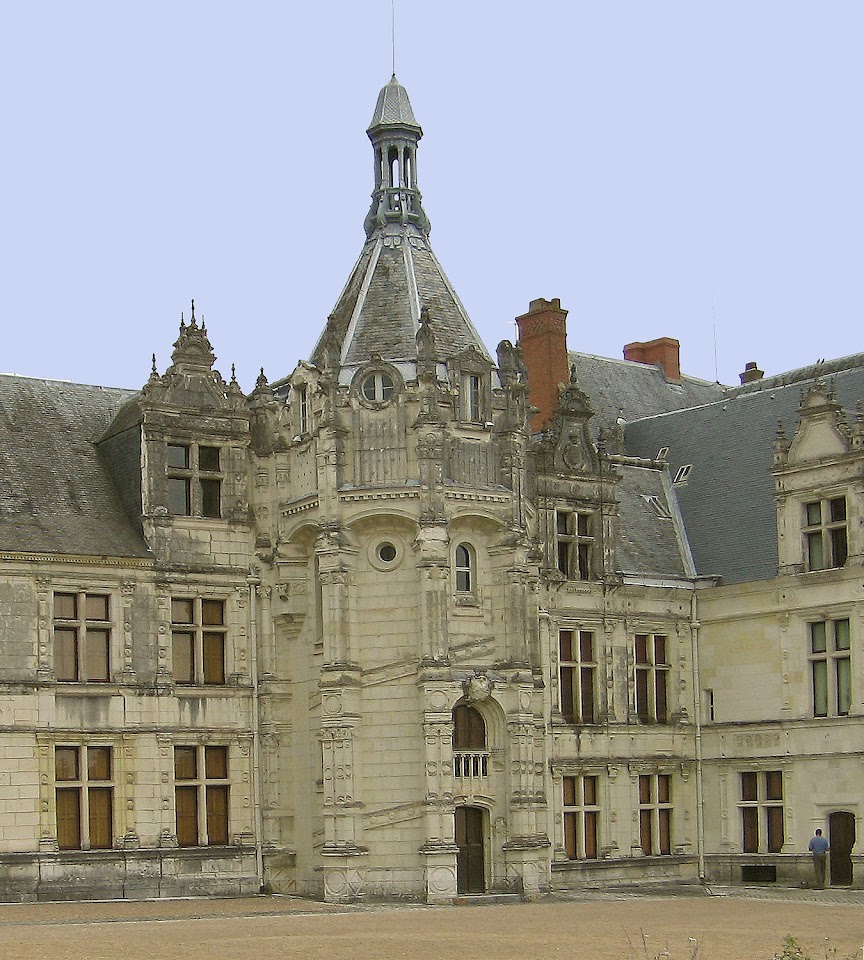 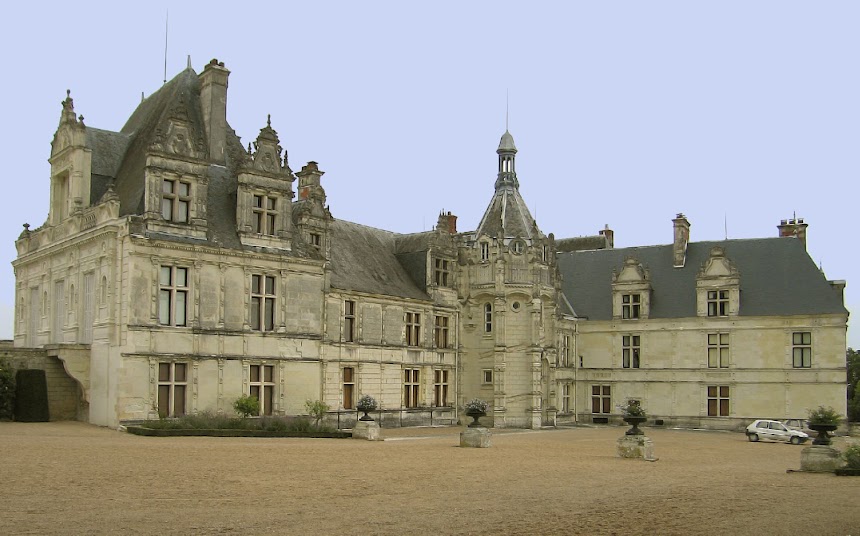 This is a Renaissance-era château, built in the 16th century by the Beauvilliers family.
It is now owned by their descendants, the La Roche-Aymon family.
Posted by Ken Broadhurst at 06:16