Before it flows through the department named for it, the Dordogne river, from its source in the Auvergne region, crosses the historical province called le Quercy. Le Quercy and le Périgord are two old provinces that are now better known by their modern département names — respectively, the Lot and the Dordogne. The old regions and the newer départements are seldom coteminous, meaning the boundaries were re-defined when the newer administrative entities were created. La Touraine, for example, is basically the Indre-et-Loire département, but it also includes the town of Montrichard and several villages along the Cher river, including the one we live in, that are in the Loir-et-Cher département. 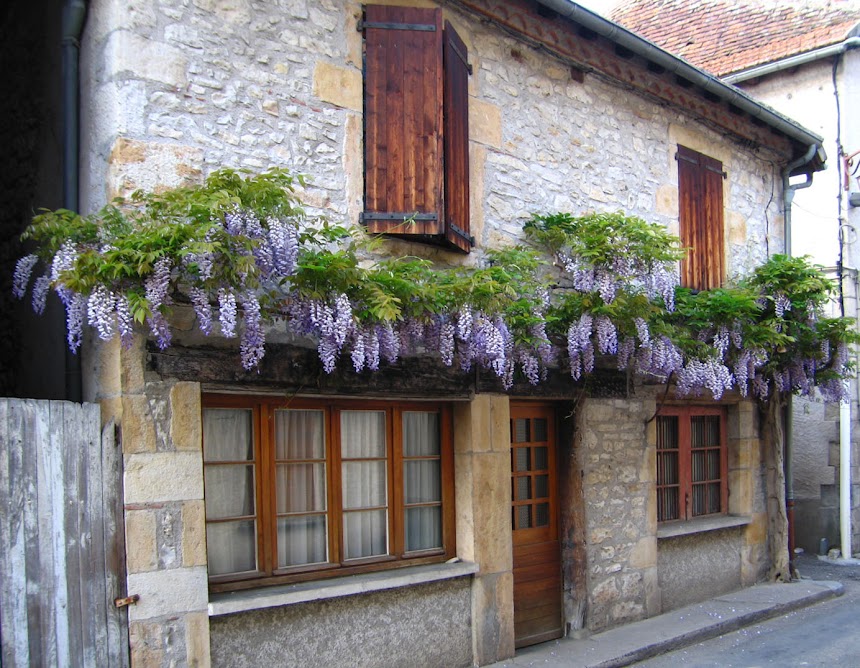 Le Quercy, when it was a province, was more or less centered on the town of Cahors. Then, during the Napoleonic era, the bottom of the province was lopped off to form a new département, the Tarn-et-Garonne. Well-known places in the Lot portion of old Quercy, in addition to Cahors, are Rocamadour, Figeac, Padirac, Gourdon, Souillac, and St-Cyr-Lapopie. The place where I took the photos in this post, Bretenoux, is not so famous, but it's pretty. I read something about this area sometimes being called le pay bas du sud-ouest — the netherlands of the French southwest. 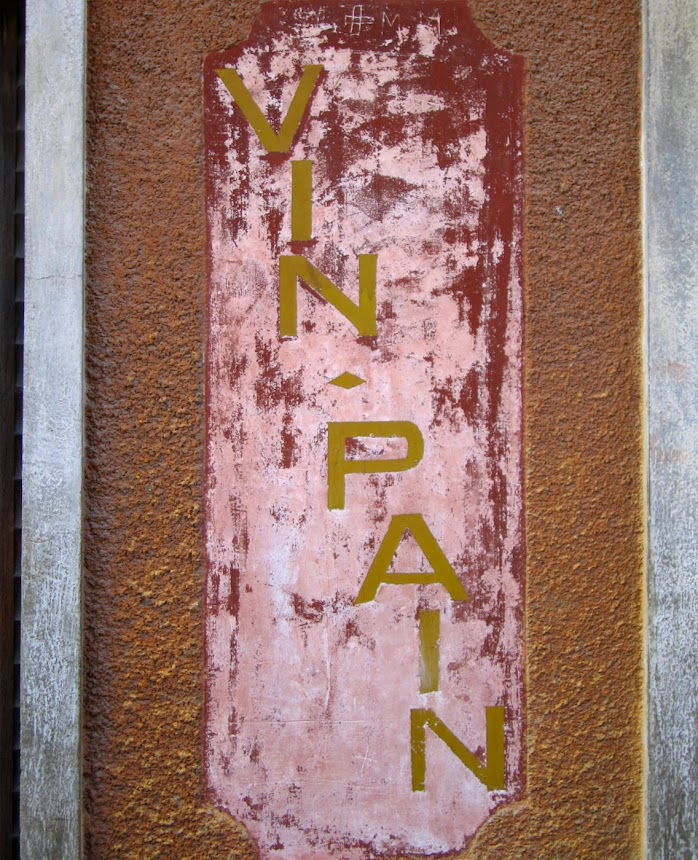 Bretenoux seemed slightly sleepy and forgotten. It has a famous château, Castelnau — I posted a photo of it a few days ago. A year or so ago, I posted photos of a pretty Quercy village called Autoire. Bretenous is just a few miles south of the beau village called Collonges-la-Rouge. 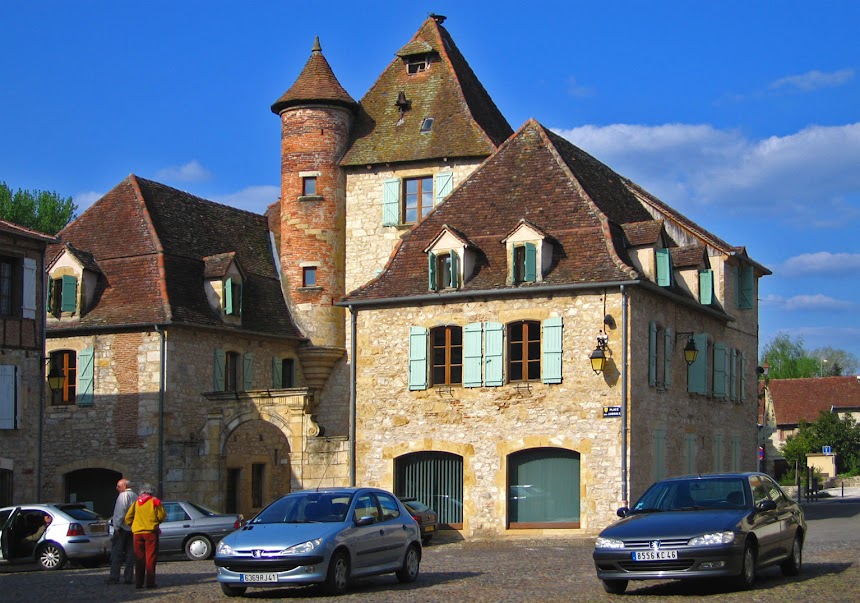 It was the kind of place where it seemed appropriate to see old cars like the one below. A lot of old houses here and in other Quercynois villages and towns have watchtowers (échauguettes) and turrets as distinctive architectural features. Bretenoux is a village of the type that are called bastides — planned towns from hundreds of years ago (13th century) that were built in a grid pattern with straight streets and big town squares. 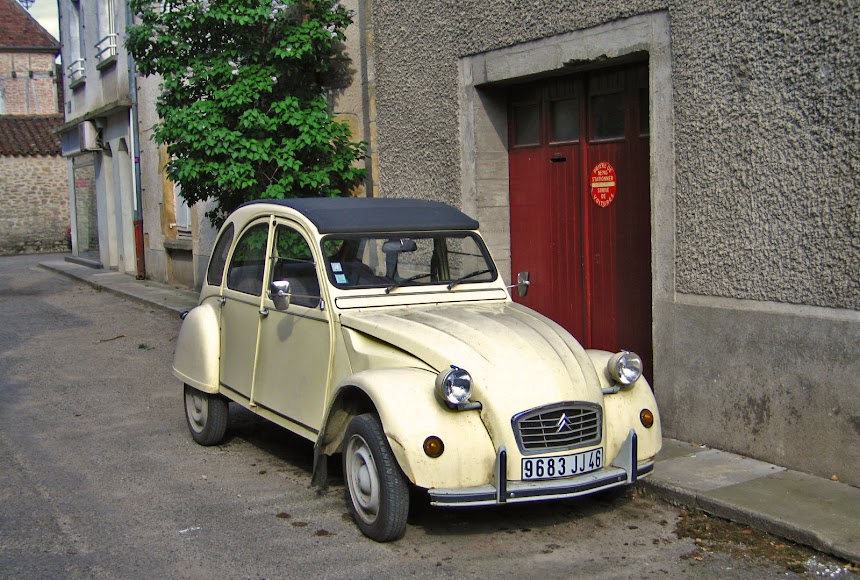 Another nearby castle is called le château de Montal (below). It's built in the Renaissance style, and dates back to the time when the château de Chambord was being built farther north, during the reign of king François 1er. 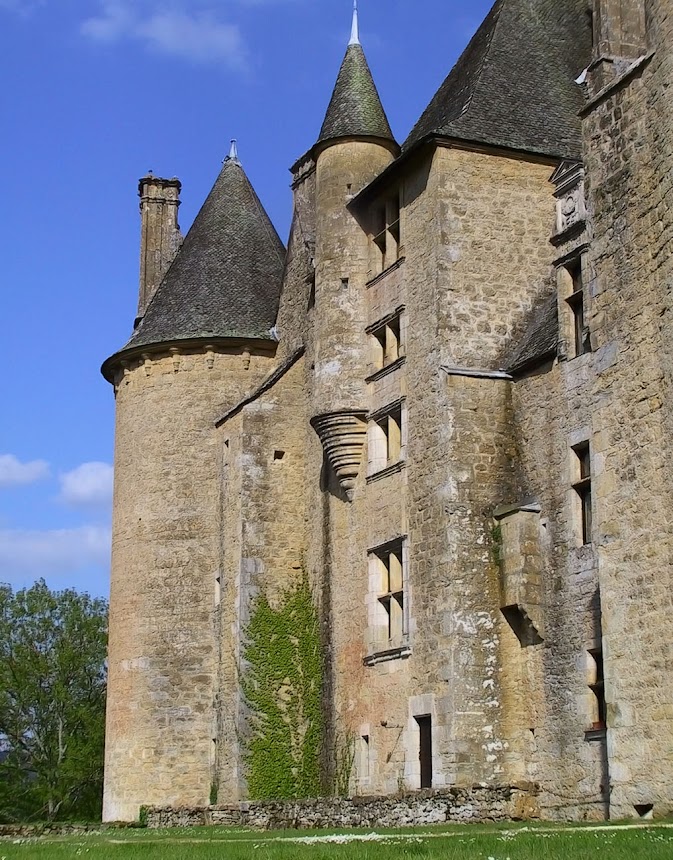 Old "ghost signs" like the one below seem to add to the ambience, along with the arcades along the streets. In medieval times, these were villes nouvelles. Now they are ancient villages.