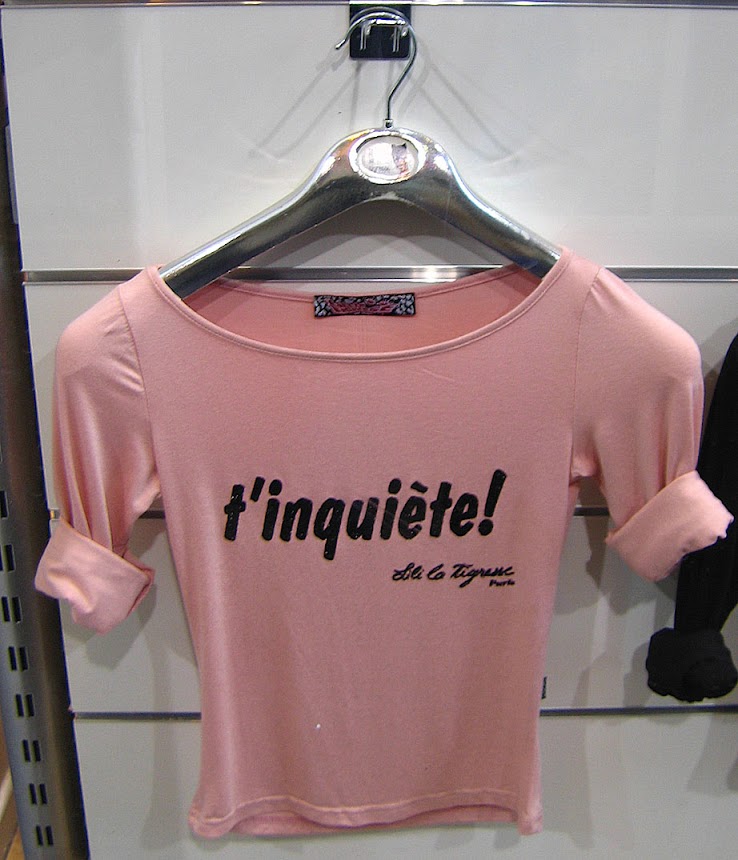 This is a mysterious expression when you first hear it. Then you realize that this way of saying "Don't worry about it!"
is elliptical. The long form would be something like Il ne faut pas que tu t'inquiètes ! or De quoi tu t'inquiètes ?
Personally, I think the spelling on this T-shirt is wrong — the verb needs a final S. 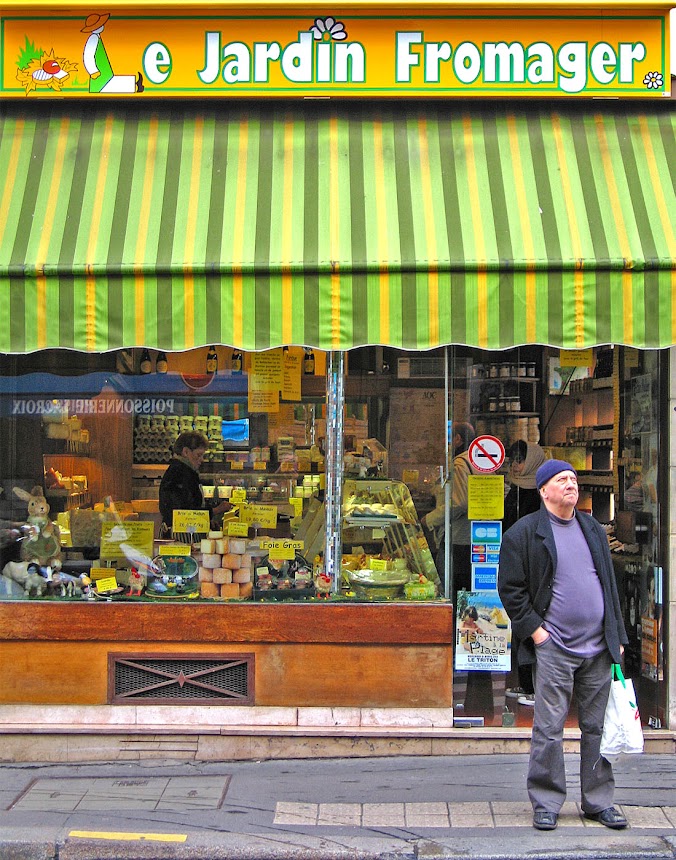 I wonder if this man just did some shopping in this fromagerie. And what he's looking at. 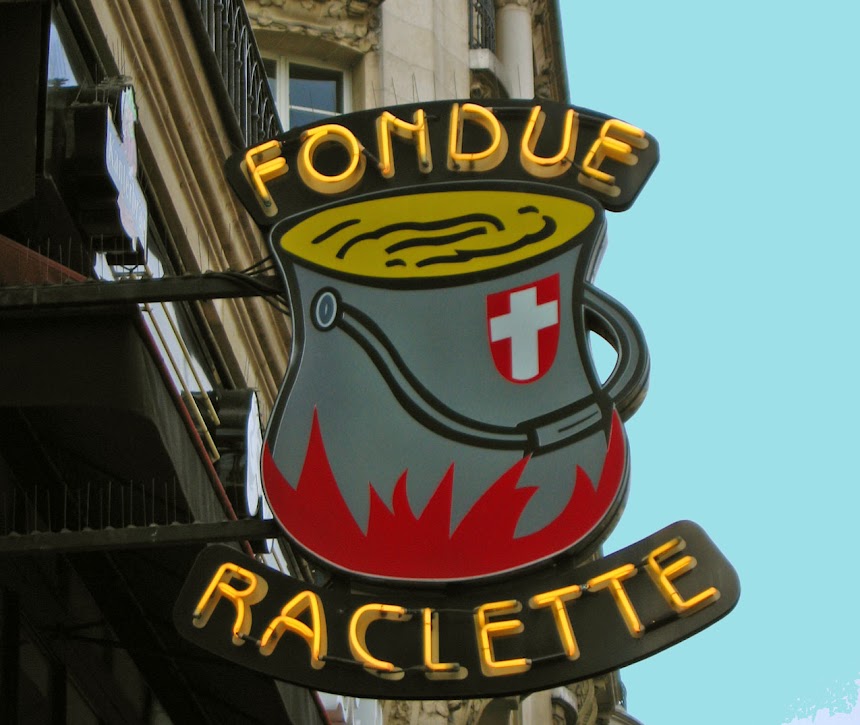 We had our annual fondue savoyarde — cheese fondue — last month, but we haven't yet had our first wintertime raclette. 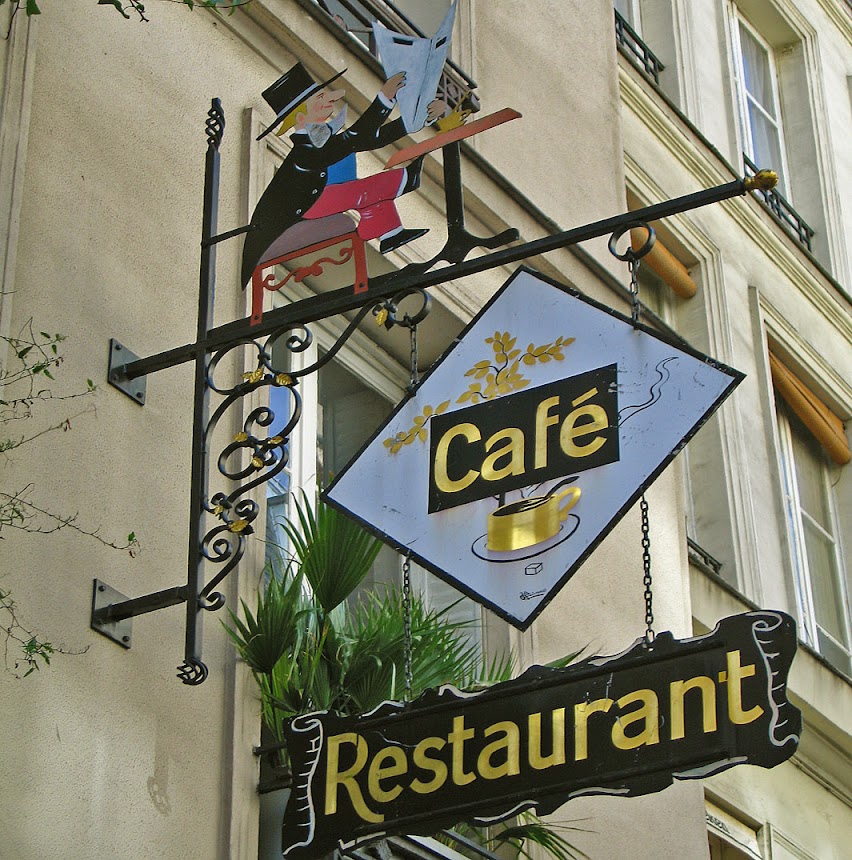 I don't know what café/restaurant put up this sign. 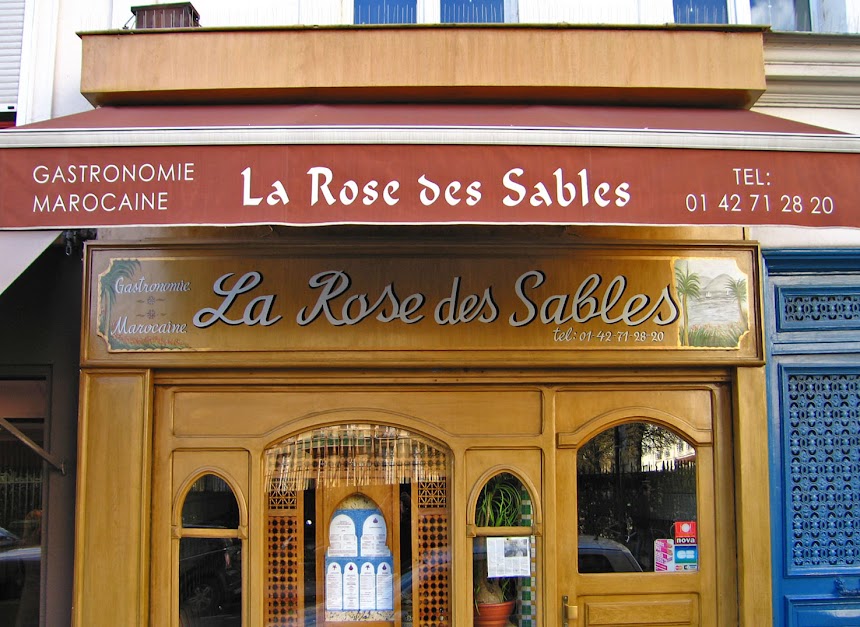 We had  a great meal in this restaurant in the Marais during our 2006 stay in Paris. Unfortunately, the next time
we went to Paris, I think just months or a year later, it had gone out of business.
Do you know what a rose des sables is? 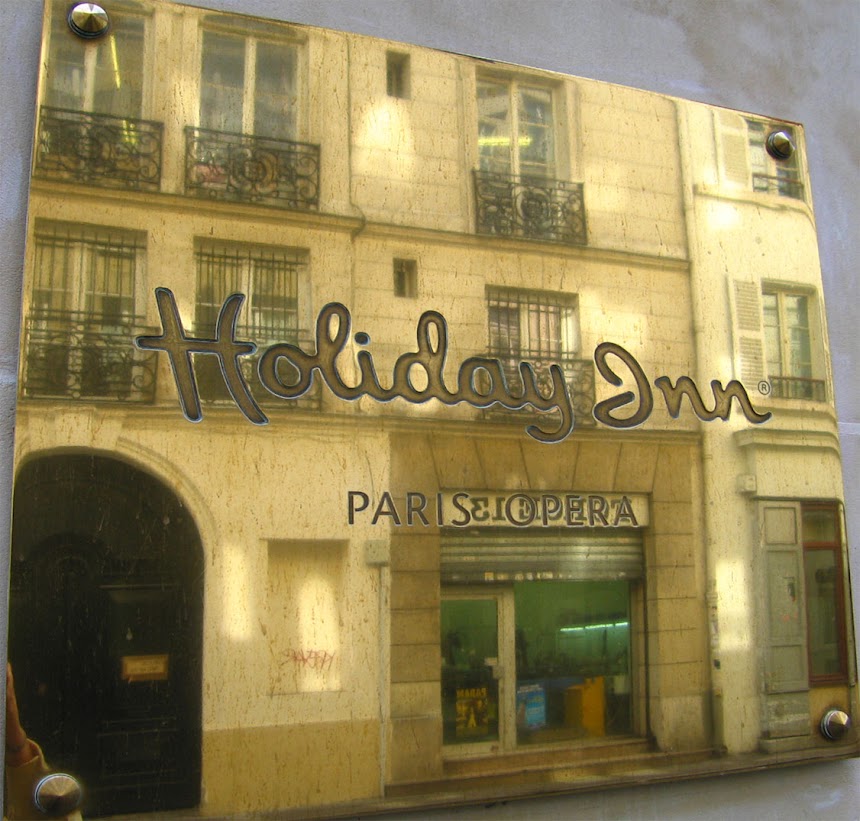 Paris is an international city, and you see a lot of English words as well as French ones. I liked the reflection in this sign.
Posted by Ken Broadhurst at 07:30