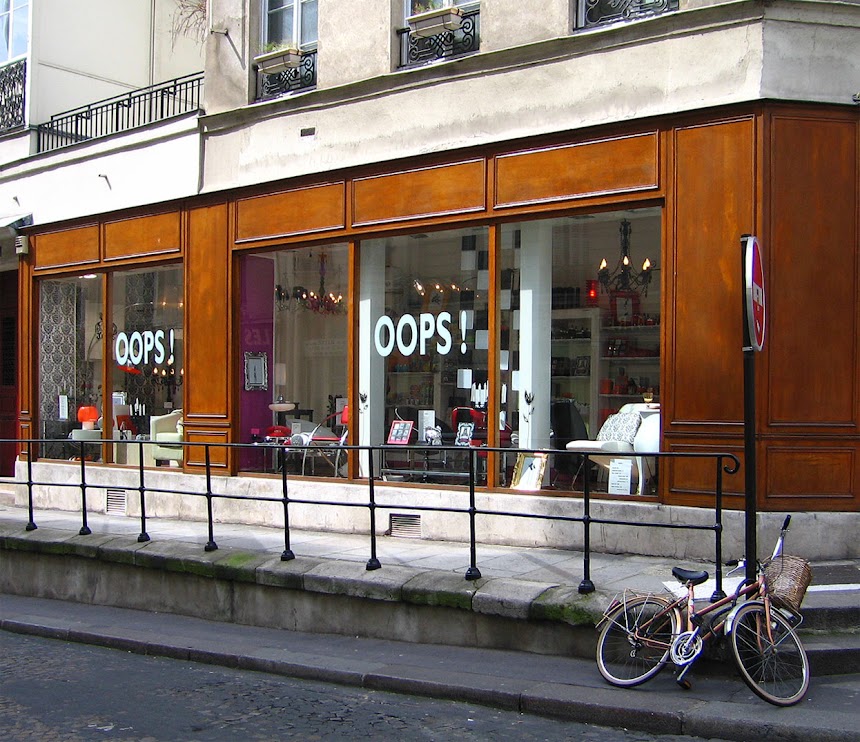 I am having trouble with Blogger this morning. Every time I try to do something — write and publish a comment,
upload a photo, look back at some of the slideshows I've posted over the past two weeks — Blogger's response
is something like the word you see in the shop windows above. 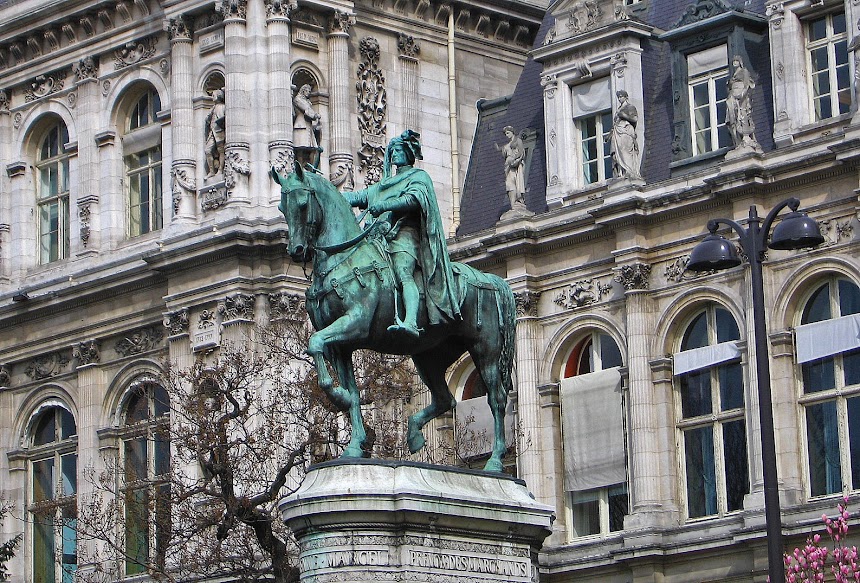 Maybe I've worn out the subject of Paris, at least for the time being. I've worn ruts into the sidewalks and streets of the city.
The man on the horse above is named Étienne Marcel. Do you know who he is? I know his name because the street named
for him intersects the rue Montorgueil, where I spent 3 years of my life. It's just a couple of blocks from my old apartment.
I've been reading about him but his story is too complex for me to try to tell here. I like the statue though, and the
façade of the Hôtel de Ville that is its backdrop. Étienne lived in Paris in the 1300s and defended the interests of
the growing bourgeoisie against the monarchy. Paris already had a population of about 200,000 back then. 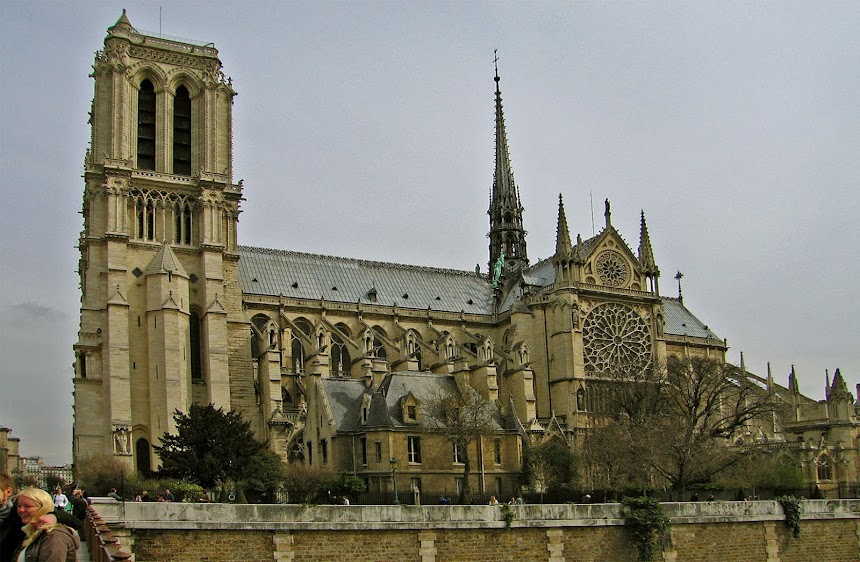 This is the cathédrale Notre-Dame de Paris in a 15-year-old photo. I wonder if it will ever look like this again? 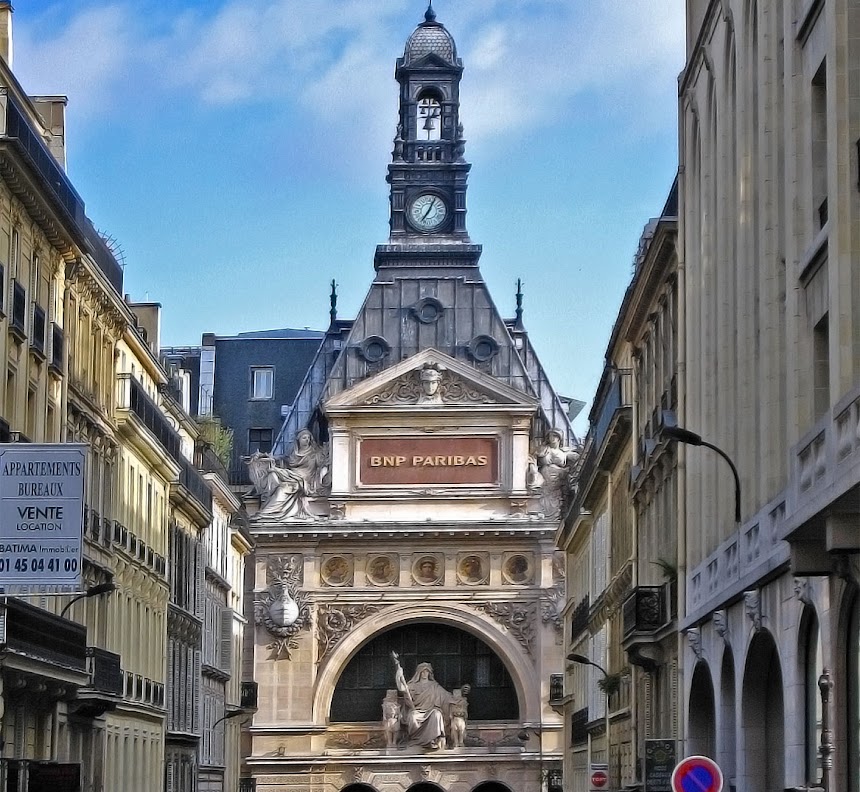 This bank is on a side street off the Grands Boulevards on the right bank of the Seine. Evelyn, is this where you worked? 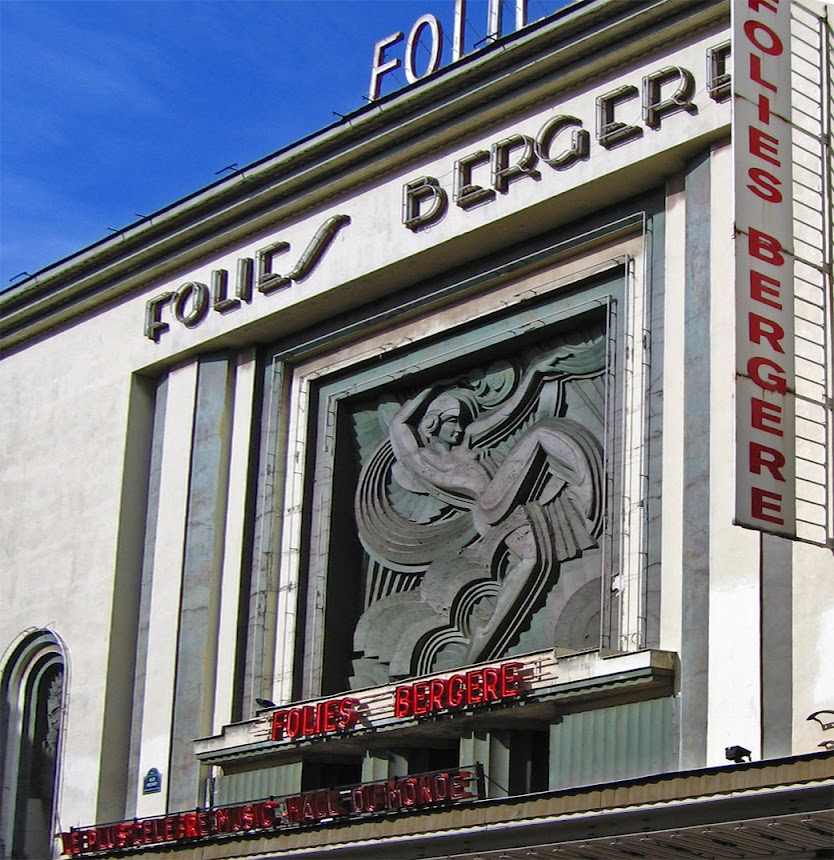 This is the Folies Bergère, which we've all heard of and which is on the same street as the BNP Parisbas bank above.
I've been reading about it too. I thought it was a place where scantily clad women did the French cancan.
It turns out that it's much more than that. The famous French singer/songwriter/guitarist Francis Cabrel —
he was born in 1953 — was supposed to be doing nightly concerts at the Folies Bergère starting now
and running through most of February. His songs are anything but frivolous and racy. Of course that
gig was canceled or at least postponed when we went on lock-down again. Right now,
the government is enforcing a 6 p.m. to 6 a.m. curfew on the whole country
because the number of new cases of Covid-19 is still too high.
Posted by Ken Broadhurst at 06:42