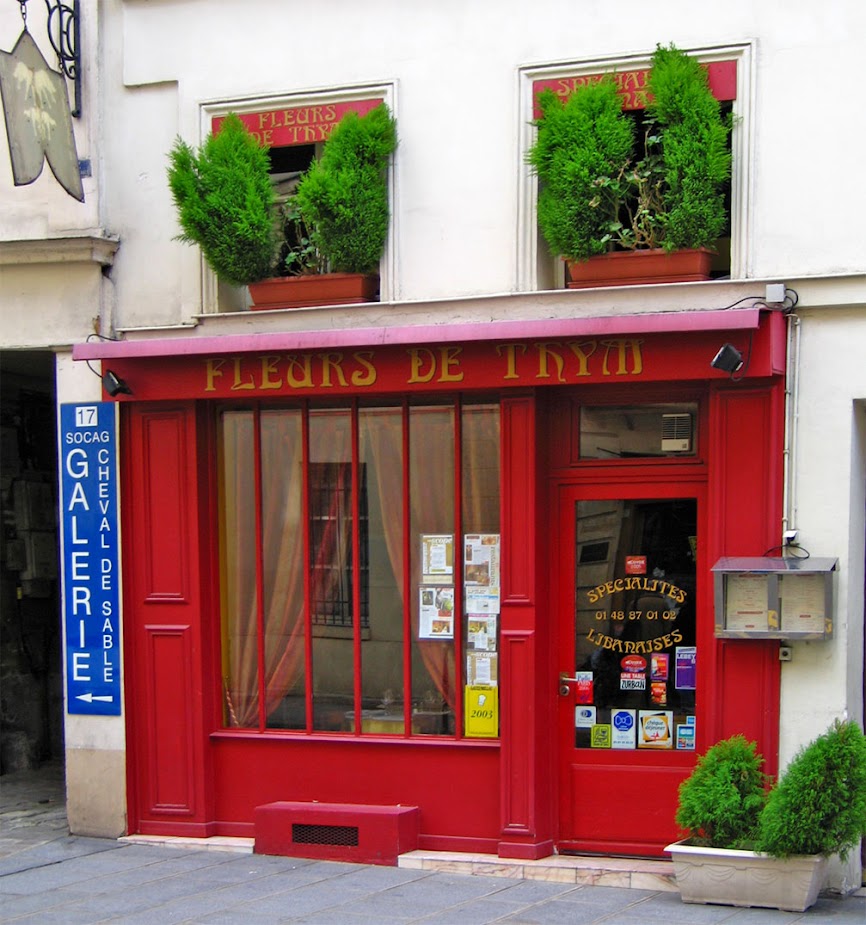 We had dinner here with a friend from California who just happened to be in Paris at the same time we were. Fleurs de Thym (thyme flowers) is a restaurant specializing in Lebanese food and cooking. I hope the restaurant will still be in business when the current confinement ends. I'd like to have lunch or dinner there again. 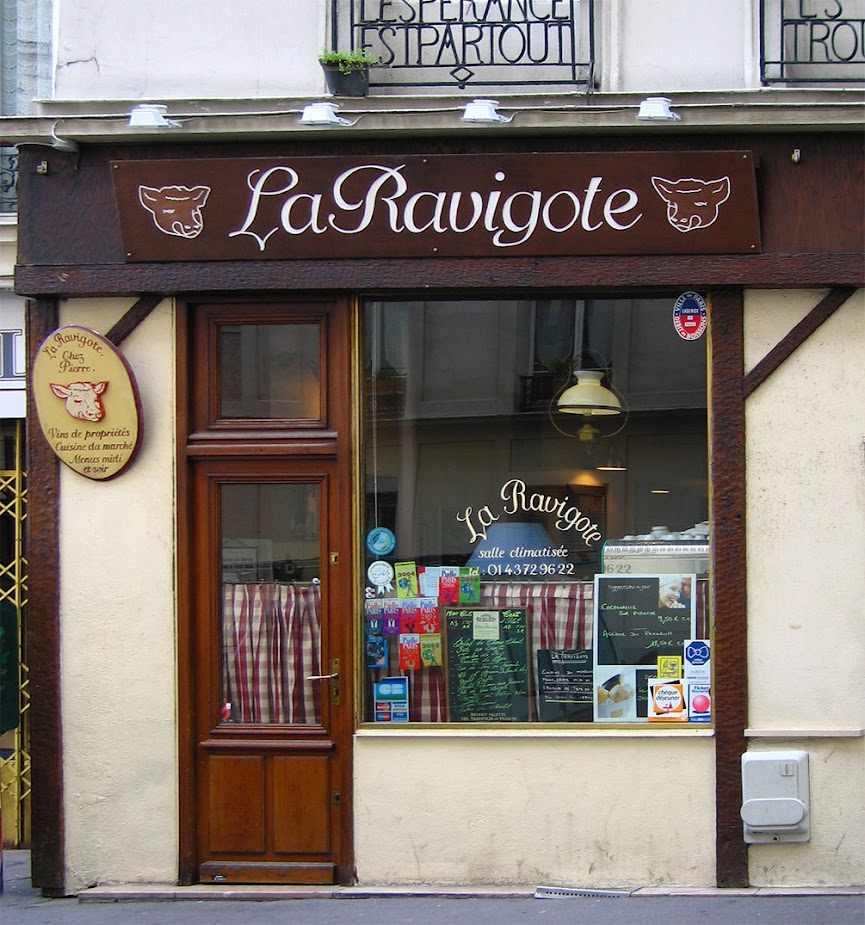 A few days later we had lunch at La Ravigote with an American who lived in Paris at the time and who frequently posted on an internet forum for francophiles where I was active too. He has since left Paris and moved back to Indiana, where he was from. He and his wife owned an apartment in Paris. I wonder if they still own it.

La ravigote, by the way, is a sauce made with the chopped yolks of hard-boiled eggs and condiments like chopped pickles, shallots, herbs, and capers, mixed into an oil and vinegar dressing. It can be served with poached veal or chicken. Ravigoter is a verb meaning "to re-invigorate" or "perk up". 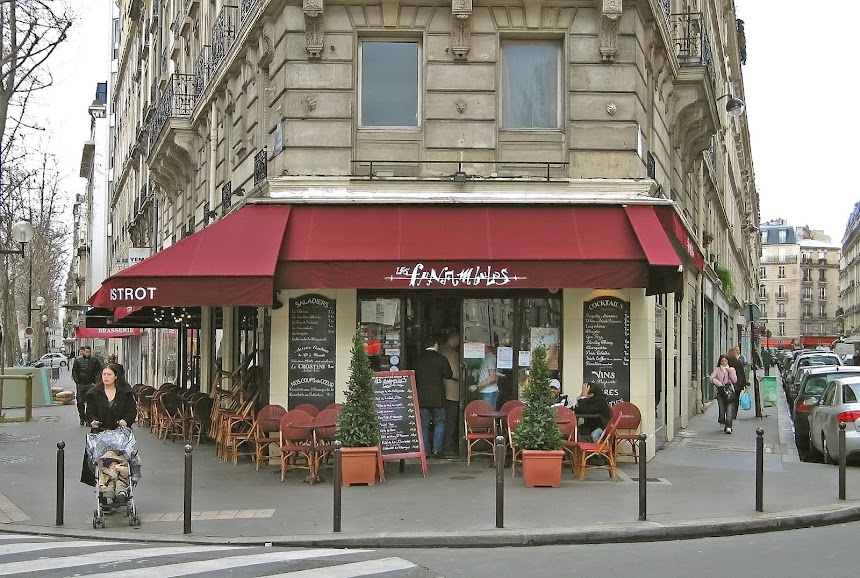 If I remember correctly, Walt and I stopped and had a glass of wine or a coffee as we wandered around the city. It's in the 11th arrondissement and it's still in business — though all cafés and restaurants are closed for the time being and until at least February 15 because of Covid-19. Funambules are tight-rope walkers, and I don't know why the café is called that. The café has a Facebook page. 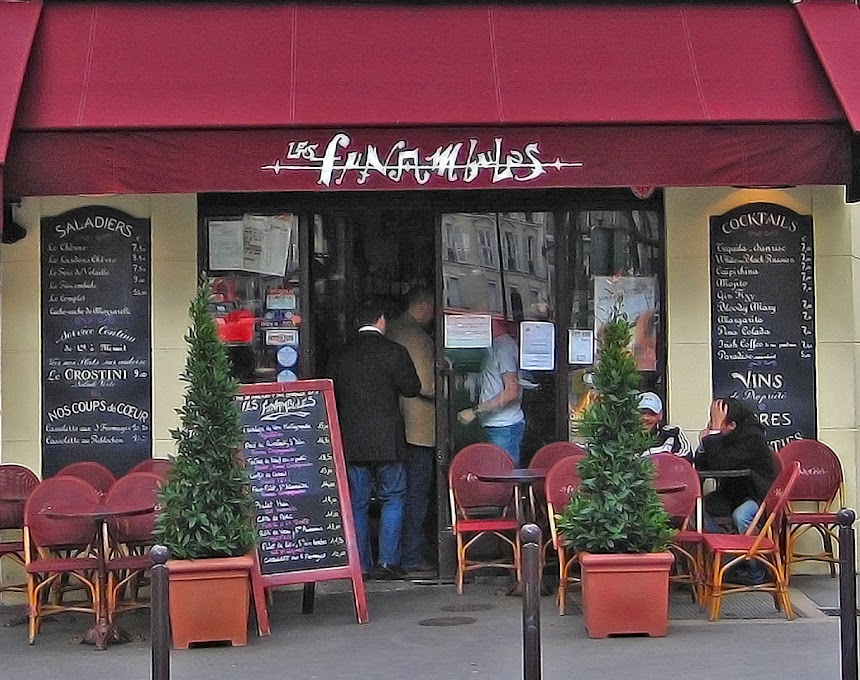 I hoped I'd be able to enlarge this photo and make the chalkboard menu readable, but no luck. There are some menus on the Facebook page I linked to above. It's not far from a well-known and innovative restaurant called Le 6 Paul Bert and also not far from the Pure Café, which was featured in the slideshow I posted yesterday. 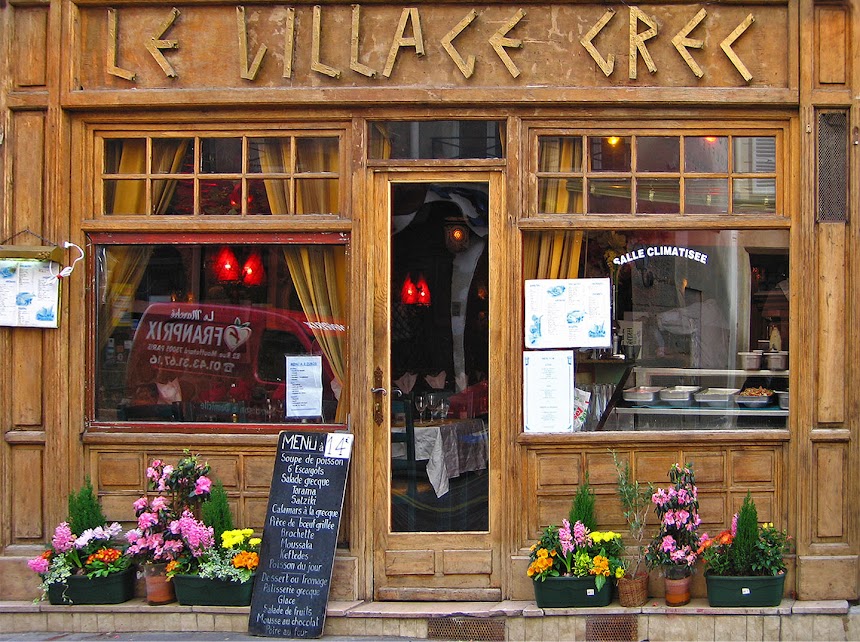 There are a lot of Greek restaurants like this one in the 5th arrondissement (the Latin Quarter) on the left bank along the rue Mouffetard. Over the years I've had lunches and dinners in many of them. La Mouff, as the neighborhood is called, is lively and crowded on evenings when the weather is nice. I remember a nice evening in 1996 with friends from California in one of the Greek restaurants in La Mouff. 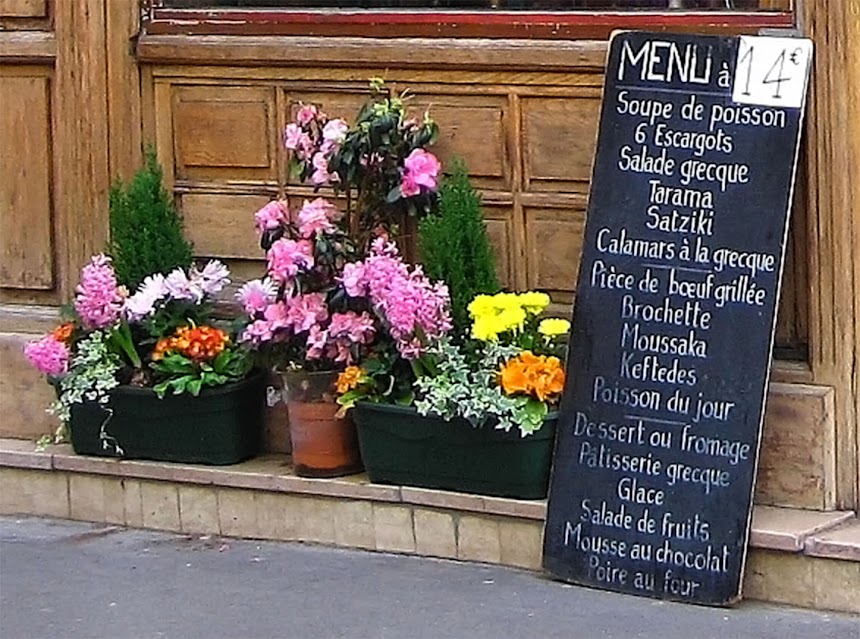 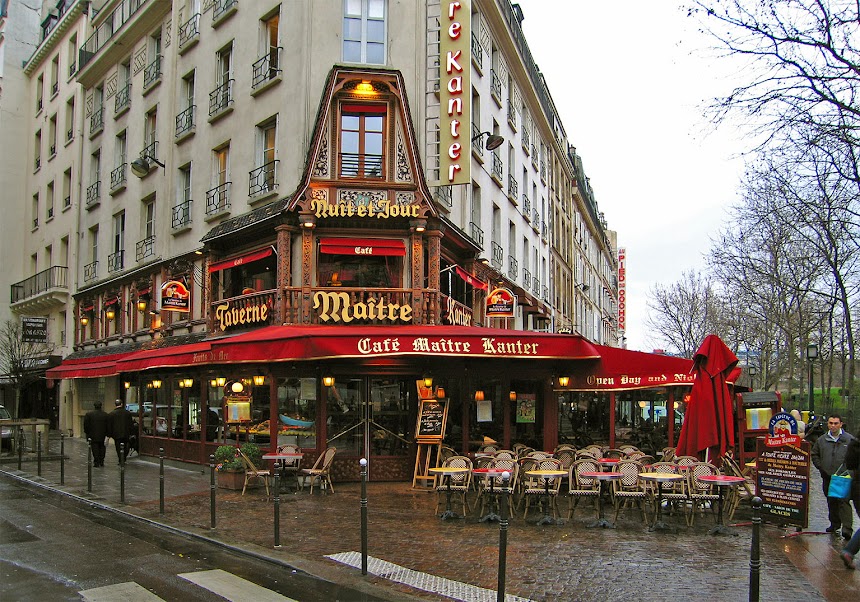 Les Tavernes de Maître Kanter is a chain of Alsatian-style beer halls where you can enjoy dishes like choucroute garnie — sauerkraut with smoked meats and sausages. This one used to be in the Les Halles neighborhood, but I think it's gone out of business too. There's a Taverne de Maître Kanter in "downtown" Tours and there's one in the suburbs south of Blois.
Posted by Ken Broadhurst at 07:00