The hôtel (ou palais) de la Raymondie in Martel was built starting in about 1280. Construction continued for 50 years. Its street-level arcades were designed to accommodate merchants and shopkeepers. During the Hundred Years' War, they were bricked in. By 1440, part of the hotel was in ruins. It was restored and renovated, and the arcades were opened up again at the end of the war. 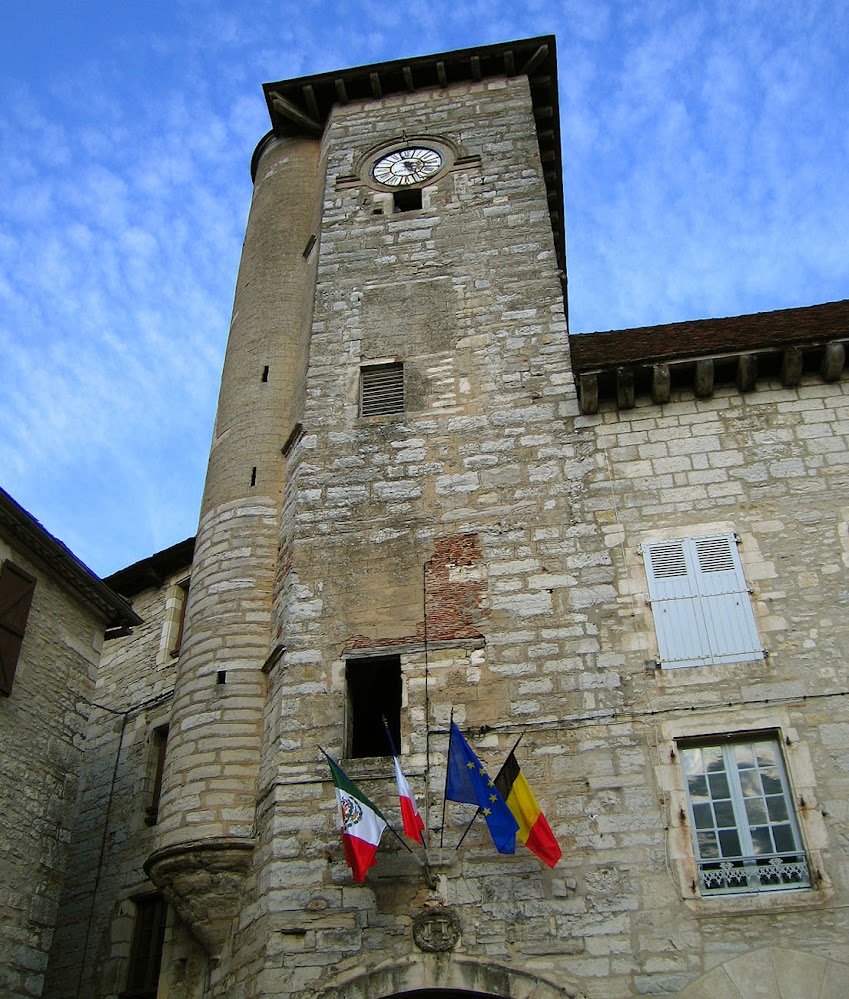 Looking through the market hall, you can see the arcades. In the 1530s, the building was divided up and apartments were sold to local bourgeois. During the Revolution, town officed occupied part of the building, renting it from its owners, who complained that the town didn't pay the rent they owed. By the beginning of the 20th century, the building became Martel's Hôtel de Ville. the town started renovating the building again and the owners of apartments were bought out. Such is the life of a 750-year-old building. 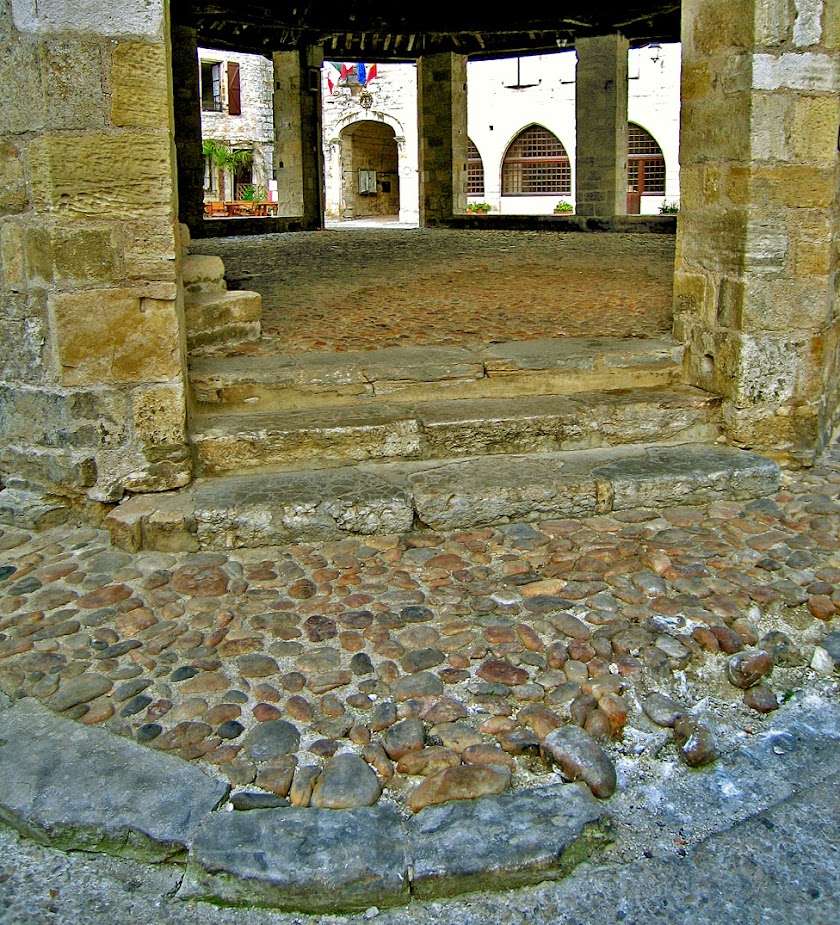 Here are a few more snapshots. 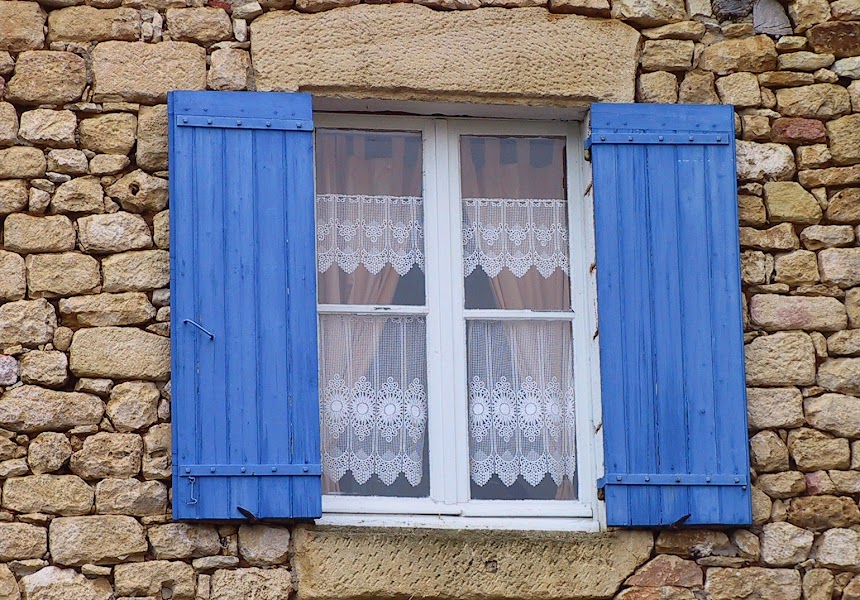 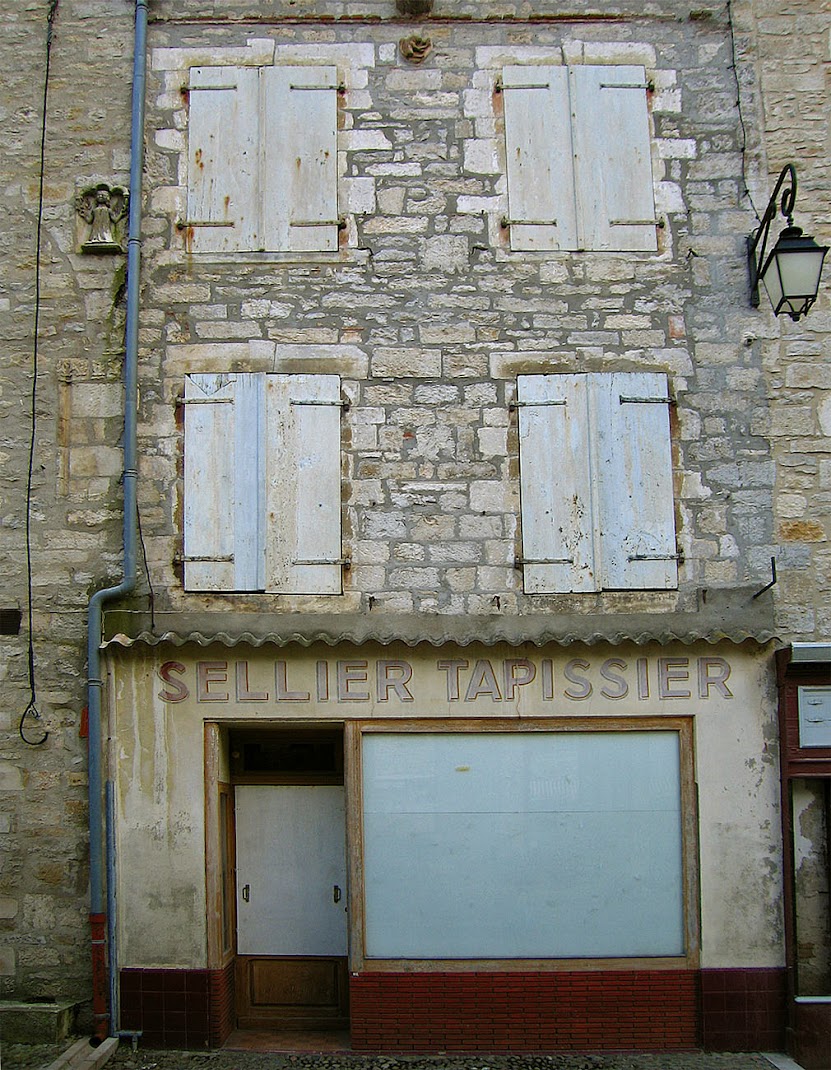 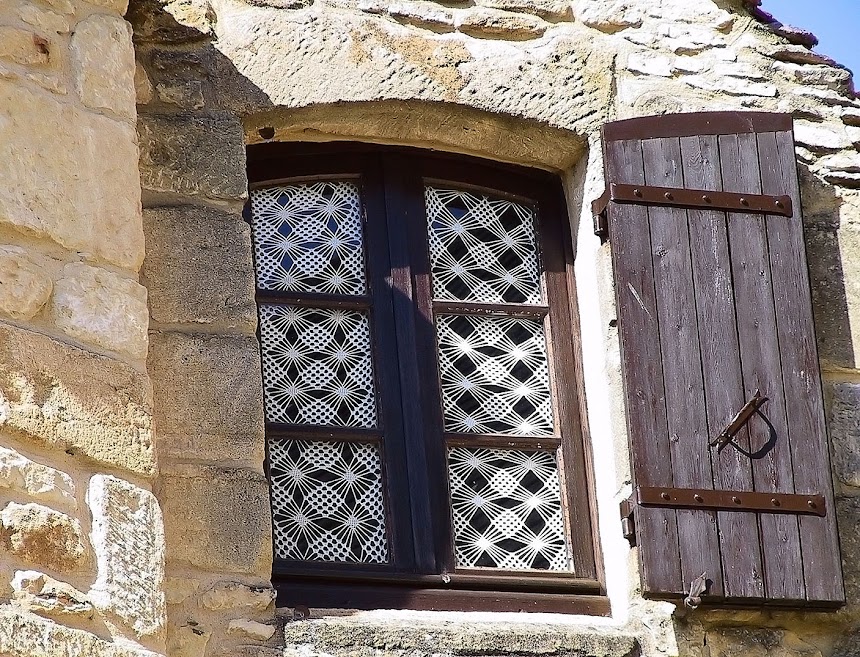 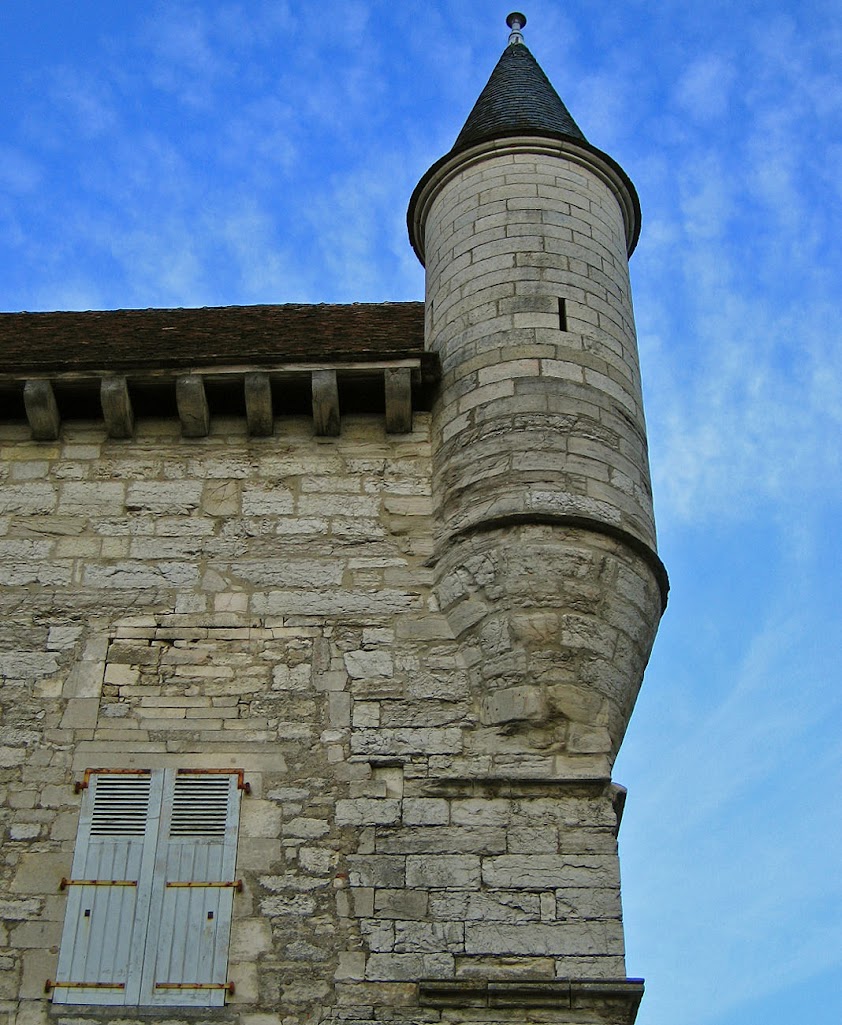 In Saint-Aignan, we're again in a very rainy period. Fronts moving in off the Atlantic bring heavy showers and high winds, and then a light mist that keeps everything very damp. Walking around in the vineyard is like slogging through a swamp. The weather, we assume, has kept the two contractors with whom we have signed bids from starting the work they've promised to do — re-tile our front deck, repair big cracks in the garden shed walls, dig out several dead or invasive shrubs and bushes, and re-grade and put down new gravel on the path that runs from the house out to the back gate. We're still hoping all that work will be finished before, say, May 1, when we'll want to have use of the deck and the back yard for the season.