Everytime I think I've come up with some new food idea, I search after the fact and find that there are dozens of recipes on the internet for dishes that are very similar, if not identical. I guess that means my ideas are basically good, or at least not too far out. My idea this time had to do with a big batch of choucroute garnie — sauerkraut served with smoked meats and sausages, along with boiled potatoes — that we had made a few days earlier. 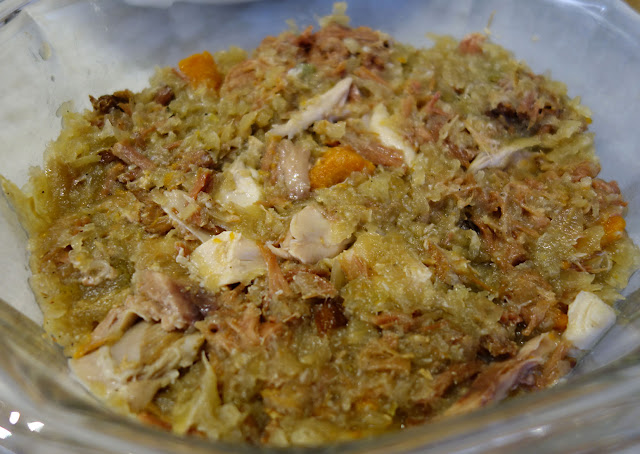 We had eaten the choucroute at least three times over the course of a week. Neither of us minds eating the same thing several times that way, as long as the food is appetizing and tasty. Here's is a photo of what was left of the sauerkraut and some of the meats we had served it with. I shredded and chopped the smoked meats and even added some cooked chicken to the mix. 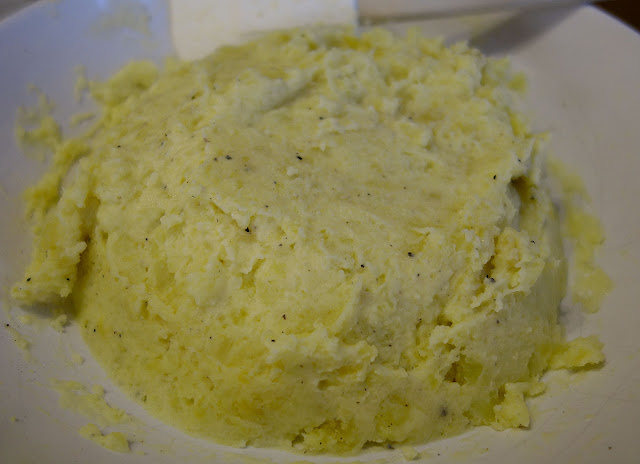 What is a parmentier? It's a dish made with potatoes. A man named Antoine-Augustin Parmentier (b. 1737 – d. 1813) was an active promoter of the potato as a good and nutritious food for humans, not just for livestock as it had been seen before. The most common parmentier dish is what we in the anglophone world call a shepherd's pie (made with mutton or lamb) or a cottage pie (often made with beef). In France, people make such meat pies with other meats — slow-cooked, shredded duck, for example.

Since the choucroute we had been eating was served with boiled (steamed) potatoes, and I had some left over, and since the leftover sauerkraut looked like it would be good heated up with a layer of mashed potatoes over the top, I was on my way. I just mashed the potatoes with a fork and added some cream to give them some richness and the right consistency. 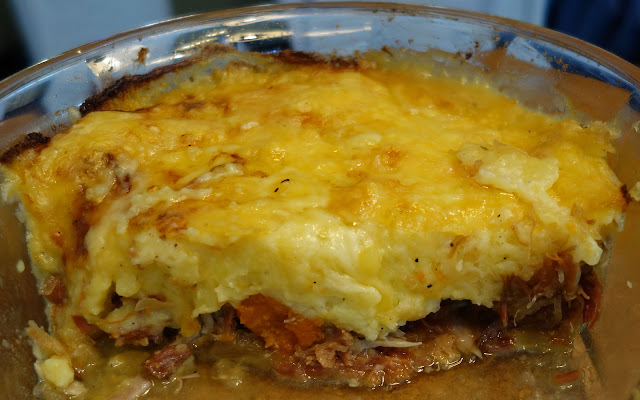 Here's the result after I baked it in the oven. I had spread some grated Comté ("Swiss") cheese over the top and then browned it under the broiler (le grill) in the oven. If I had had any Munster cheese on hand, I would have used that, since it is one of the great cheeses of eastern France, where sauerkraut is a specialty. (Some of the recipes I see on the internet call for making this kind of parmentier de choucroute with ground beef, and that might be good, if the idea appeals to you.) 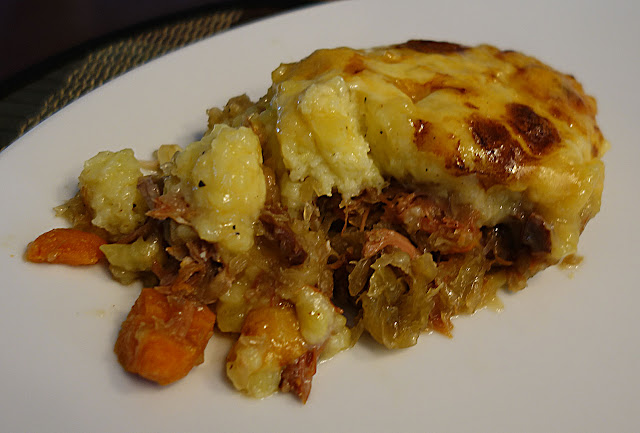 And here's what it looked like on the plate. It was tasty. If you make it, be careful not to salt the potatoes much (if at all), because the sauerkraut and smoked meats are already pretty salty. Serve it hot. We didn't feel the need to have a salad with it because choucroute is, after all, a leafy green vegetable (cabbage). As always, I like carrots with it — with almost anything, really. 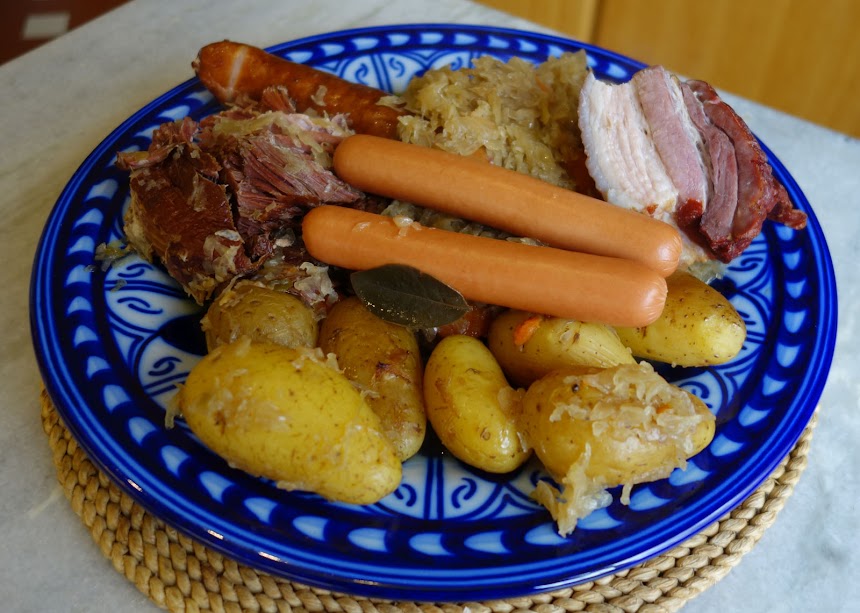 Here's what the choucroute garnie looked like the first day we ate some. It's definitely a meat-and-potatoes dish, with sauerkraut as the supporting vegetable. Sauerkraut (the German name) is salted, fermented raw cabbage, and it is much easier on the digestive system than cooked fresh cabbage is. You have to rinse raw sauerkraut in several changes of water before you cook it with white wine or beer and spices for two or three hours. Back in the late 1970s, I worked for a year in the city of Metz, in the Lorraine region, and that's where I learned to love choucroute garnie.
Posted by Ken Broadhurst at 07:00