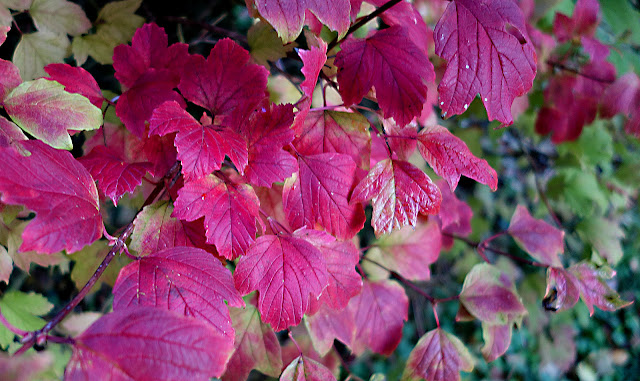 I'm still getting to know my new (but second-hand) Sony camera, the DSC-RX100 M2 — the second model in this line, the original being the RX100. I'm taking it out on walks when I can. When it's not raining, in other words. 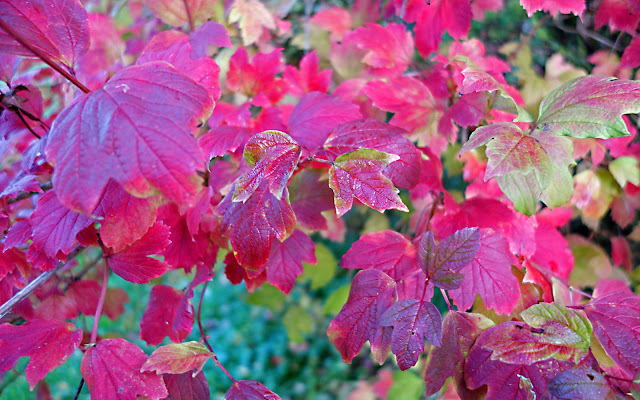 I'm so used to Panasonic cameras that I have to work pretty hard to figure out how the Sony works, what the good settings for my photography are, and what features it has and doesn't have. 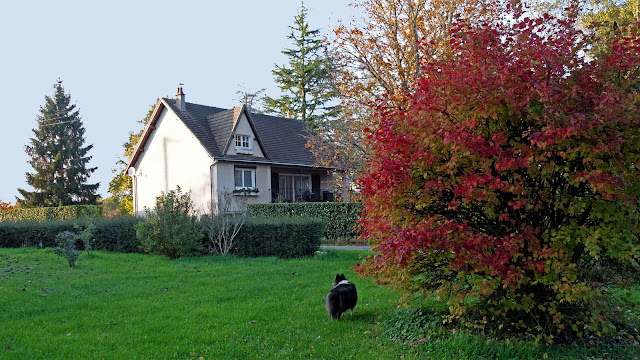 One feature it doesn't have is a "macro" mode. That the shooting mode that you use to take extremely close-up photos. Panasonics have such a mode. I was just think about why it's called "macro" mode. Macro is the opposite of micro, so I guess it means you're taking close-ups of micro-details and then displaying them in a very large, or macro, format. 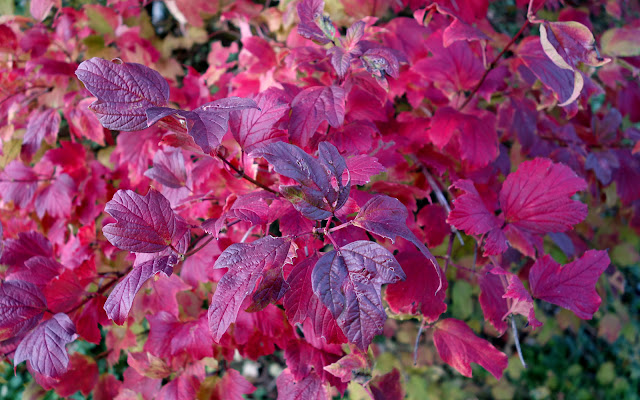 Anyway, you'd never know the Sony camera doesn't have a macro mode. All you have to do to get the same effect is to open the lens all the way up — in other words, no zoom — and take the photos. That's what I did for these. The photo above shows the Viburnum bush with all the red leaves in the three macro-style photos. 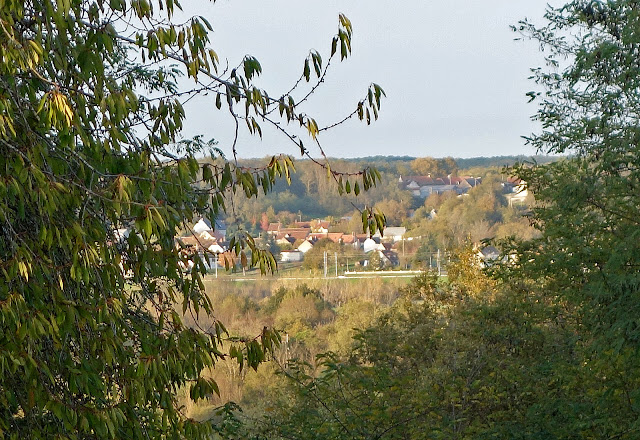 Actually, not having to switch the camera into macro mode for such photos is an advantage. Why? Because you don't have to switch it back out of macro mode when you're done. It's one less complication you have to deal with when you're taking a lot of photos. Here's a zoomed out photo I also took with the Sony RX100.
Posted by Ken Broadhurst at 07:15