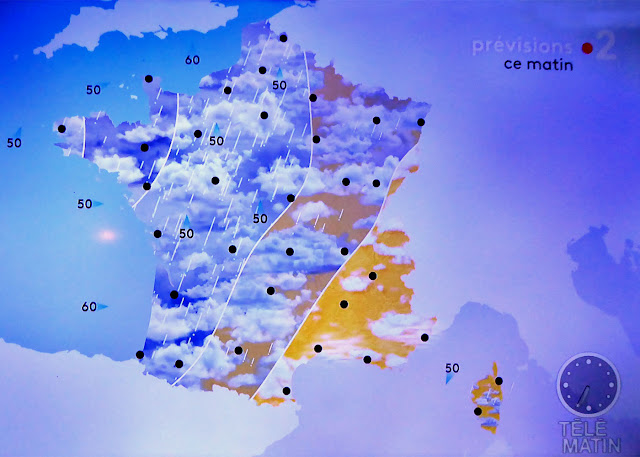 Before I continue posting about the couscous we are eating again today and probably into the weekend, let me show you what our weather is like today. Here's the forecast for this morning. Saint-Aignan is of course under the clouds and rain being brought in by what they call une pertubation — the French-English dictionary calls it "a weather disturbance" — a warm front bringing rain. See the dot on a white cloud just below the number 50? That would be Saint-Aignan, or Tours actually. There are two other 50s south of it. That's the wind speed in kph (30 mph). 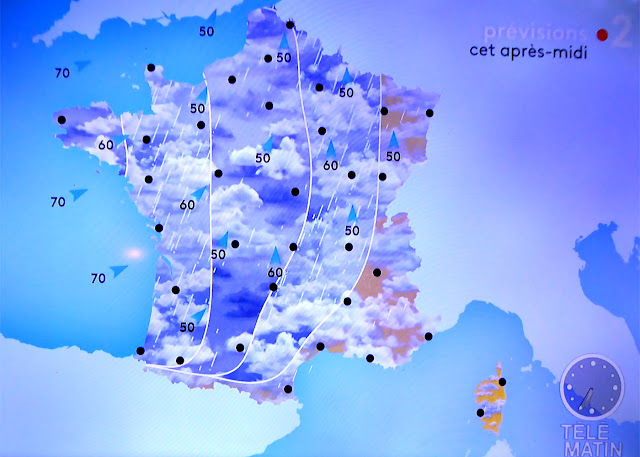 And here's the forecast for the afternoon. It's not much better. We're in for your classic rainy day. It's been raining nearly every day since I got back from North Carolina a week ago, in fact. At least we don't have to worry about forest fires. La pauvre Californie ! So far, I haven't seen any reports of fires near where our friend Sue lives, between Lake Tahoe and Sacramento. I hope it stays that way and that the winds pushing the fires westward will soon diminish in intensity. Meanwhile, we will be wearing rain parkas on our walks with Tasha. 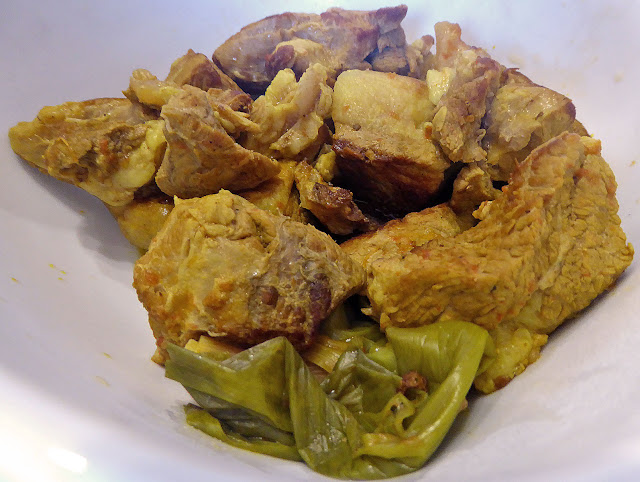 Back to the couscous: When cooking the meat for the stew (le bouillon) — lamb, chicken, or veal — brown it first in olive oil. Then pour on vegetable or chicken broth with some tomatoes or tomato sauce added, and let it simmer until the meat is tender. Also add the North African spices to the broth. The veal in my photo is yellow because of the addition of turmeric and other spices to the pot. 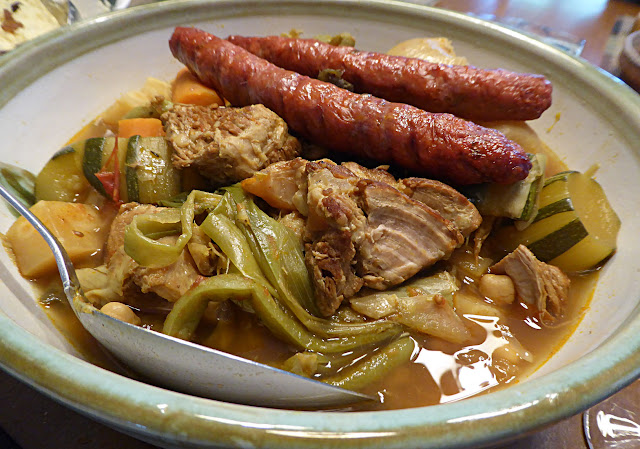 The sausages in this photo are called des merguez and are made with beef and lamb (no pork). Merguez sausages are fairly spicy. They're cooked separately and served as a kind of garnish with the stewed vegetables and meat. The other garnish is some harissa red pepper paste, dissolved in some of the broth and drizzled over the stew and the steamed couscous. 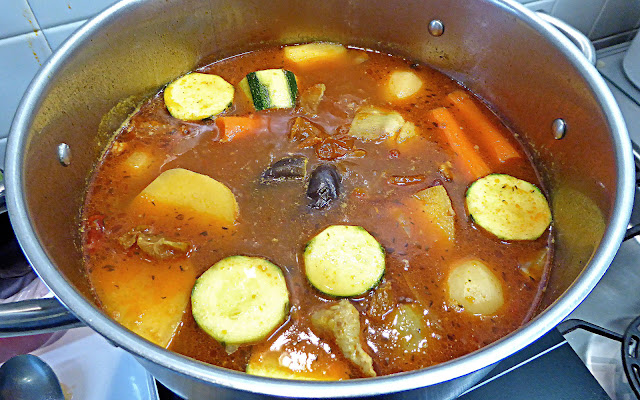 After I had let the carrots, turnips, and eggplant cook in the couscous broth long enough to start becoming tender, I added in chunks of peeled zucchini along with some pre-cooked green beans and cubed celery (from the freezer). Zucchini cooks quickly. Yesterday, I also cooked a red bell pepper (from the garden) in a small amount of the broth, along with some frozen okra, and added those to the stew. 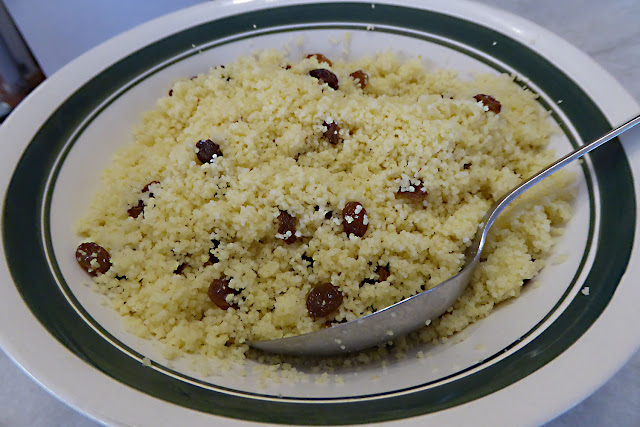 Walt cooks the couscous according to the instructions on the box it comes in: Plump up some raisins in a cup of hot water. Then cook a cup of couscous in a cup of boiling water with the raisins. Turn it off when it comes back to the boil and let the couscous completely absorb the water. Add salt and a little vegetable oil, and also a tablespoon of butter for flavor just before serving the couscous with the stew and broth. 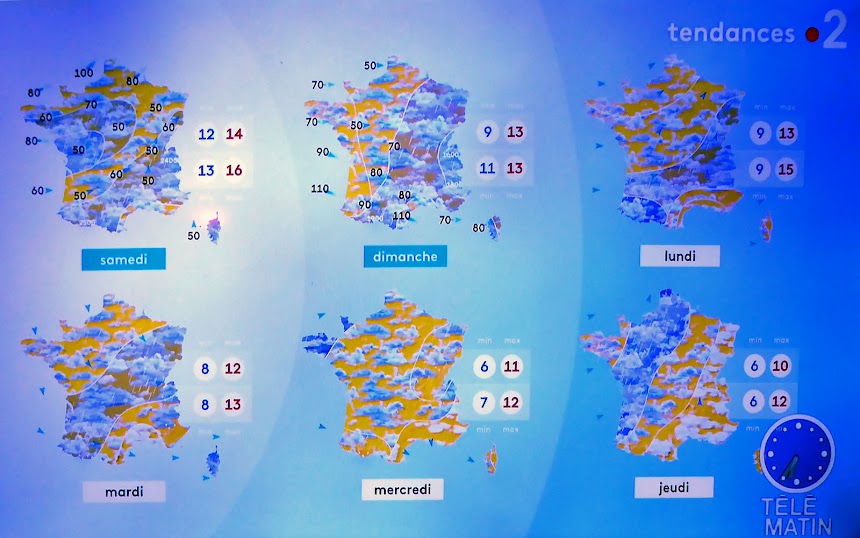 By the way, here's the weather forecast for the next week or so. Several more fronts are going to sweep across France, bringing rain on a daily basis. This is typical Toussaint (All Saints' Day) weather in France. Happy November!
[More about couscous tomorrow...]
Posted by Ken Broadhurst at 07:40